Last weekend our Apéritif Friday morphed into a different event all together.

Grades came out on Friday morning, and after a challenging school year, making dinner at home just wasn't going to cut it. So over coffee, I asked the kids where they wanted to go, and they agreed on a place they'd never been before to celebrate academic excellence.

Morton's! The maitre d' welcomed us with some customized menus. Sweet! 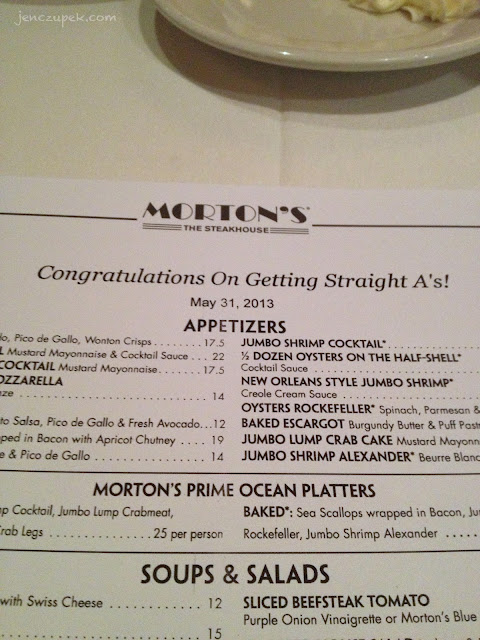 And the hostess came 'round to snap a photo of us. Ah sweet lady, you're after my heart. 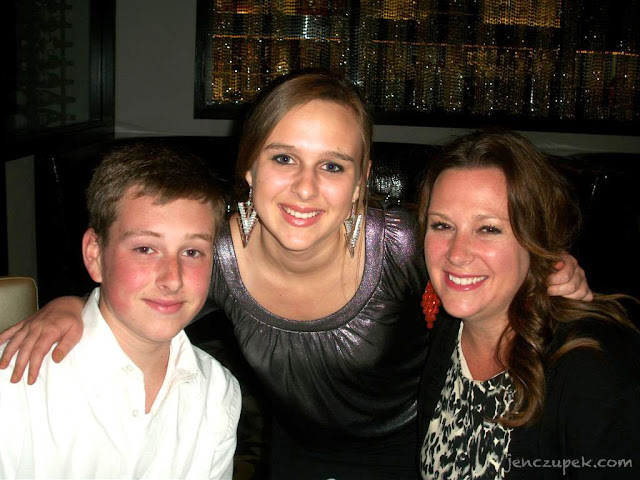 Mr. Musky was out of town with his buddies on a golf trip, and we all missed him. When we are out like this, it just doesn't feel complete when someone's missing. Except Miller. We can live one night without his drool.

The kids started with lemonade and iced tea, but for me?

Sapphire Martini, baby. Nothing else would do. After two months of training, I ran my first 5K that morning....EVER! and my mouth watered for a martini for the rest of the day. It took all the willpower I could muster to wait until dinnertime. And - I even ran another one three days later. But not since. I've developed a crick in my neck. More later on that nonsense. It's quite hilarious. A runner, I'm not. But I like pretending.

We started with some appetizers. Jake opted for one of his faves, lobster bisque. And Kahley and I shared some oysters on the half shell - her fave. I even gave her an extra one, and Jake offered me the giant lump of lobster meat on his soup. I about jumped out of my seat spearing the delicacy out of his bowl, as if a passerby would snatch it before I could gobble it up.

Perfectly charred filet mignon for the Mama. Medium rare, topped with gorgonzola butter. Because I needed more richness in my life. 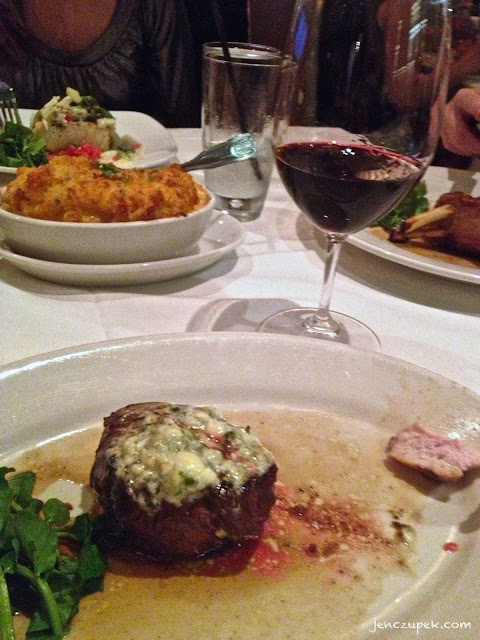 Pork Chop for Jake. Which surprised me. I don't believe I've ever seen him order a pork chop out at a restaurant. He continues to throw me curve balls. With his adorable left eyebrow that he can raise higher than the right one. 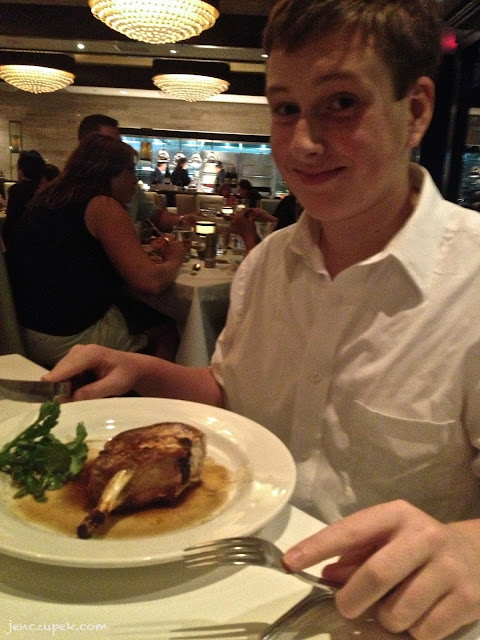 Chilean Sea Bass for Kahley. This did not surprise me. Though she's not always predictable. She was going for an elegant-edgy look that night. She overachieved, yet again. 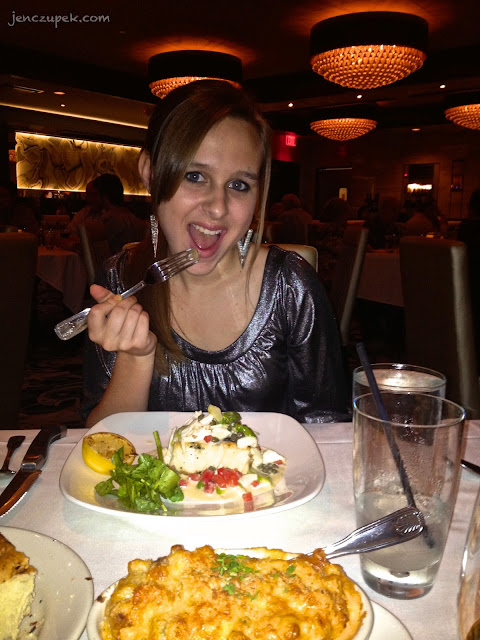 We ended with their absolute favorite for dessert - Creme Brûlée - compliments of the house! They each let me crack the sugary top with my spoon, but only once. Then I had to sip my wine for dessert. There was no more sharing after my single, minuscule, obligatory bite. 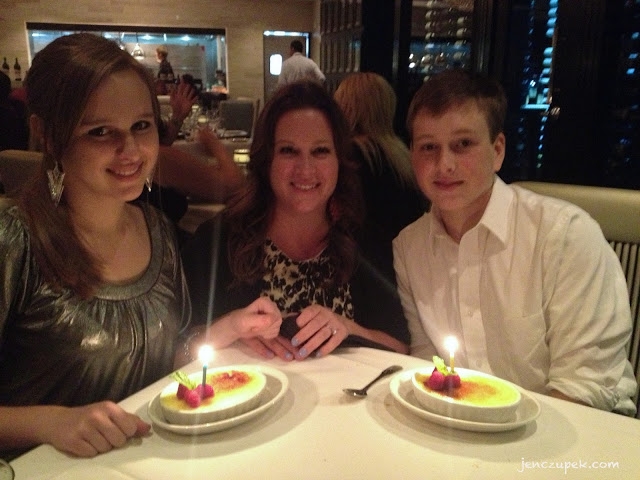 Words cannot adequately describe how happy these two make Mr. Musky and me. We expect a lot out of them during the school year, and they deliver semester after semester. I know it's not always easy, and they sometimes get frustrated with my casual nagging when they miss the mark on an assignment or test, but they are starting to see how important it is to succeed academically. Jake just kicked it in this year - things clicked all over the place for him, especially second semester, and he blew out every class with solid As. Even English, and his teacher kept some of his writings for future classes on how to nail it. Kahley amazed us with pulling out straight As by the end of the year, including in her Advanced Placement class for Human Geography. We will find out in July how she did on the test, but expect that it will count for college credit.

They make me smile. And I look so, so forward to what life holds for them in the future. It's gonna be so exciting to see them step out into the world, where they'll go, and the incredible things they'll do. I don't care what career path they end up choosing, because I know they'll be happy and loved.

And they'll always come back to me for a good dinner. Even it we go out for it. And if they don't - I'll just find them, and sit back and sip my apéritif while they cook for me. Or pay my way.

We love you kids...Happy Summer...congratulations on kicking butt...and you guessed it - keep it up next year!