Last Friday proved a major, not-so-enlightening fact to me. I lack in preparation and organizational skills, leading to epic levels of procrastination, and I have some fabulous friends who could care less.

A few days earlier I invited some girlfriends over. They just so happen to have teenaged daughters themselves, so the younger girls made plans to go get sushi together. 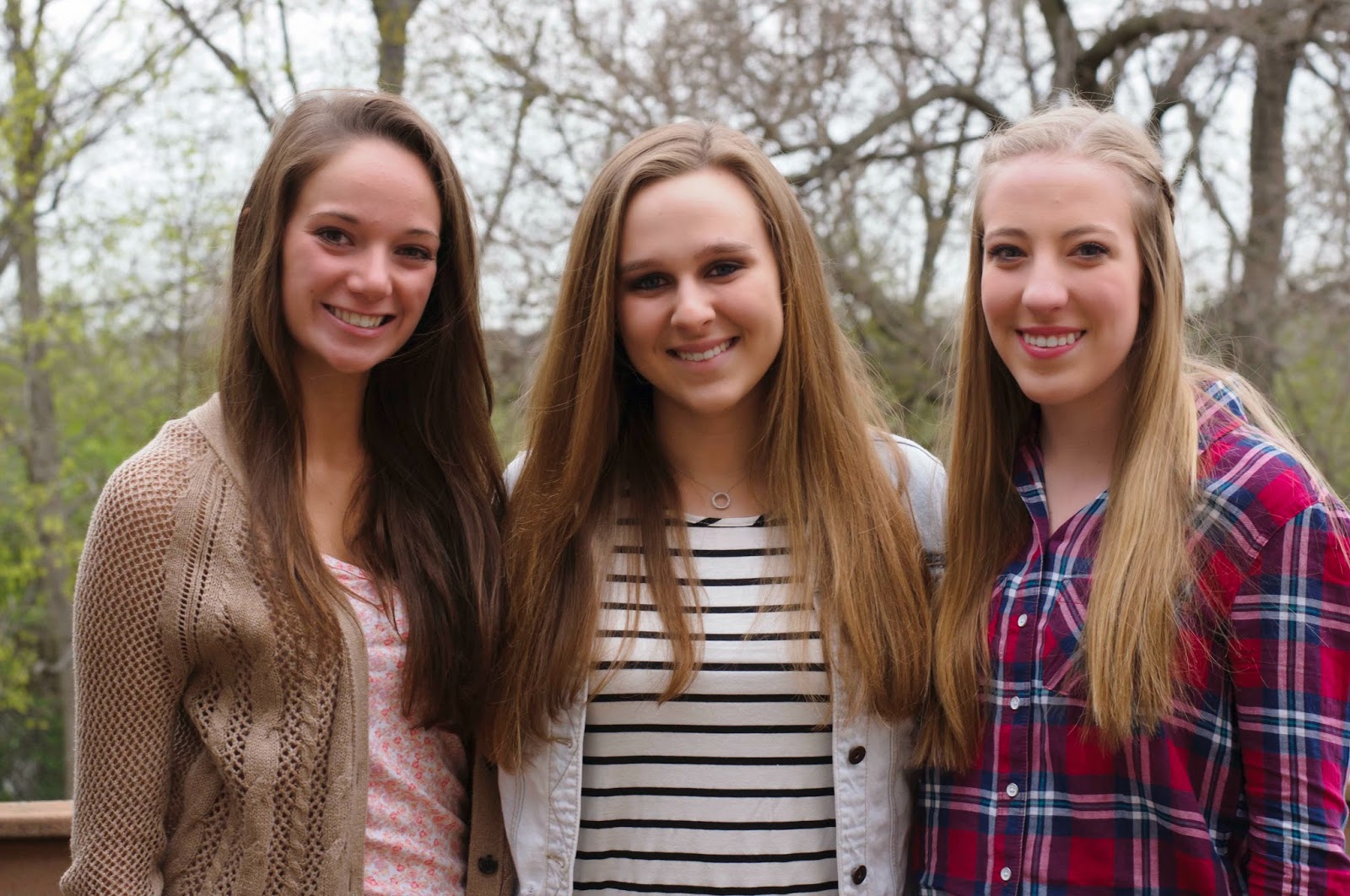 The slightly older girls planned to stay in, sip yummy apéritifs, snack on some tasty appetizers, allow Mr. Musky to grill steak for us, and eat chocolate from France and nibble on unbelievable homemade shortbread with berries in a lemony custardy bath. Desserts compliments of these two gems. 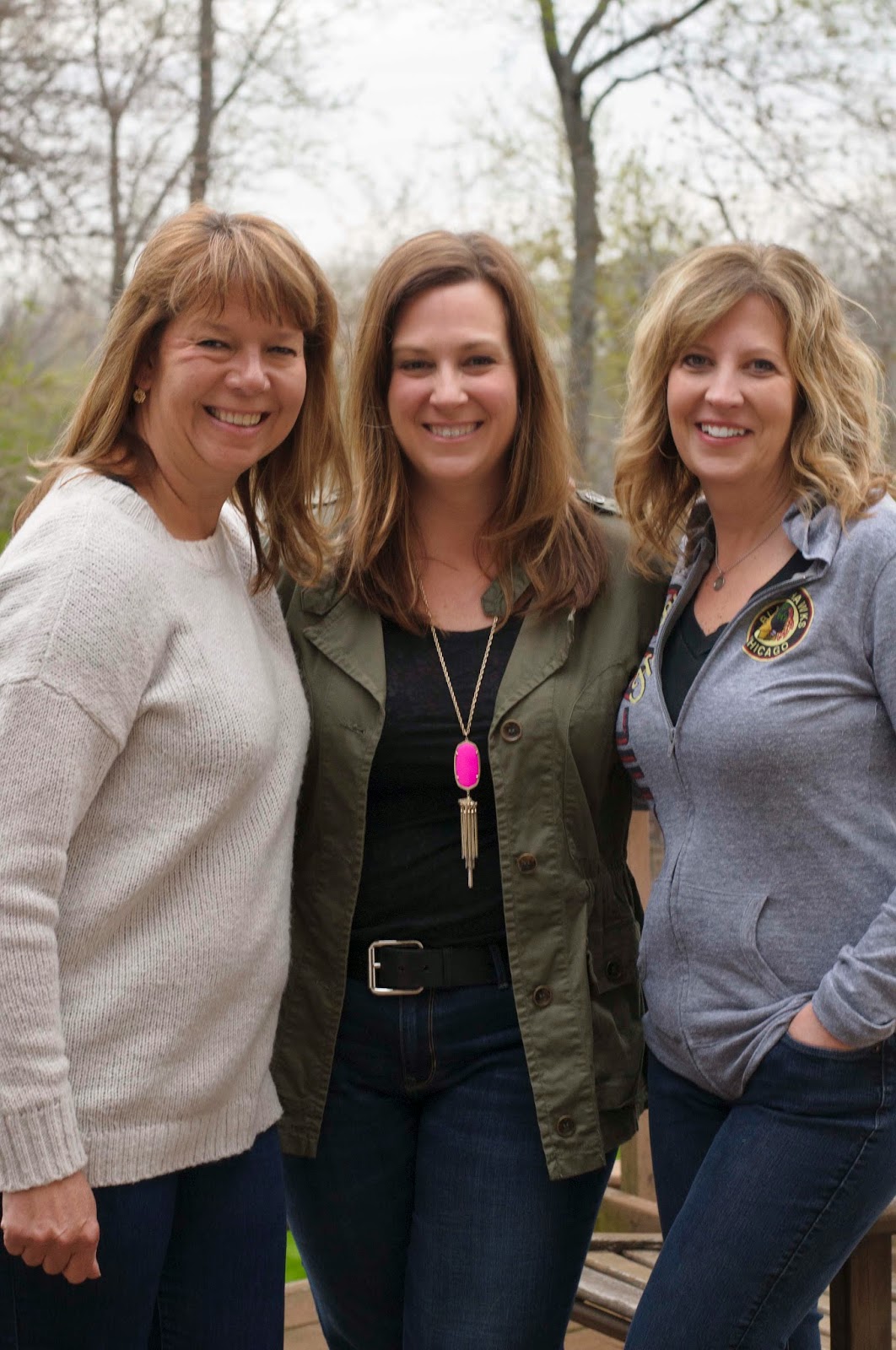 The only thing missing? A full body massage. A facial. Manis and Pedis.

But I operate a home, not a spa. Even without the treatments, we were set for a fantastic night.

Last week I posted the Elderflower Collins, and my friend Carrie immediately jumped on it, saying that's something she'd love. I already knew this, as she was on my mind the entire time I wrote that post. She offered to bring Prosecco over so I could make it.

In my overachieving, unrealistic mind I intended the evening to be a bit of an apéritif tasting party since I had two willing guinea pigs, three if you count Mr. Musky, and four if I got to play. I envisioned a perfectly laid table, complete with intriguing cocktails lying in wait with savory and sweet appetizers calling out like sirens to my friends.

Instead, they walked into a kitchen that looked like a bomb went off and a haggard, middle-aged woman with not an ounce of her shit together sweating at the brow, madly squeezing the juice out of dry limes.

Slightly stressed when my friends showed up on time, I told myself to let it go and make them a drink. Because as soon as anyone has a drink in hand they tend to forget about the bad and remember only the good. It's why I love alcohol. In addition to the fact that it's a fabulous way to mellow the limbs.

I ran downstairs to get the St. Germain, and to my horror, the bottle was nearly empty. How annoying - I was at the liquor store THAT AFTERNOON! And had I known, Carrie could have brought her own bottle and we would have been just fine. Now in addition to a rat nest kitchen, unprepared food and cocktail tasting delay, I lacked a key ingredient for THE drink they wanted to sample.

I was bummed that I couldn't serve my friends the cocktail as it was intended. I had to sub a little cucumber liqueur, and for second drink I had to completely swap out the elderflower with the cucumber, and lemon juice for the lime. In my opinion, it kinda sucked. It tasted too sweet and contained the incorrect flavor profile to go with Prosecco and Aperol.

But Carrie didn't complain. Teri was still on her first, then switched to wine. That's what I love about good friends. In the end it's the time we spend together, giggling and gabbing and catching up that matters. Not the specifics in the glass. We even planned a golf outing next week, and guess who our coach is?

Mr. Musky himself. I suspect there'll be a story or two on that adventure. If we all survive.

Speaking of my lovely husband, his steak perfectly shone as the main entree for the night and he graciously poured us wine after the Elderflower debacle. Earlier in the evening he reached for this baby. 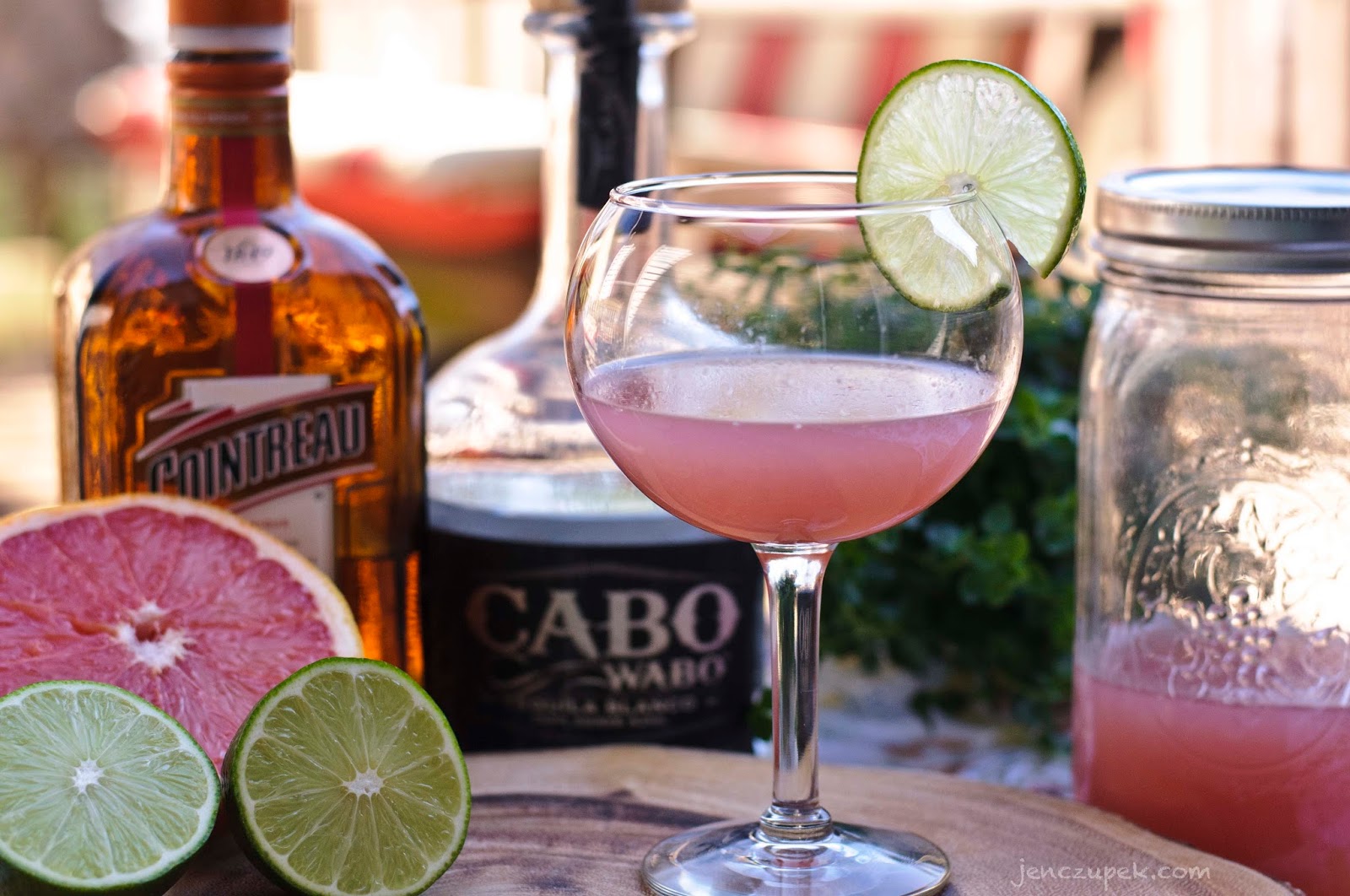 I couldn't believe my eyes when he picked up the Grapefruit Margarita and sipped it over his Sapphire. He deemed it worthy. Success!

All the snaps I took of this citrusy, refreshing beverage last Friday looked like I downed a bucketful o' margaritas and tried to dance a circle while snapping pics. They were ALL blurry. More proof that at this point in the game, I need to focus one primary task. And when friends are around, the camera needs to take a nap. In the never ending quest for delicious cocktails, I took the pretty picture above this morning, and sipped the margarita as an experiment to see if the apéritif still tastes good after sitting in the refrigerator for a week. The verdict? It's pure deliciousness that could rival the Bloody Mary or Mimosa on the brunch table. Maybe Yo Mama would like this next Sunday to celebrate her special day. Whip a batch up today!

Because I'm such an airhead, I didn't take a pic of the Mango Salsa, but I'll include the recipe at the end of this post because everyone from teenagers to hip mothers to sexy grillmasters agreed that it was tasty. The sweet and slightly spicy work great together, and when you throw in a salty, crunchy tortilla chip? All is right with the world. Mango Salsa would also be great on grilled fish or chicken.

Another reason I love these girls: the gags. Mr. Musky found this in our upstairs bar before the guilty party even left. 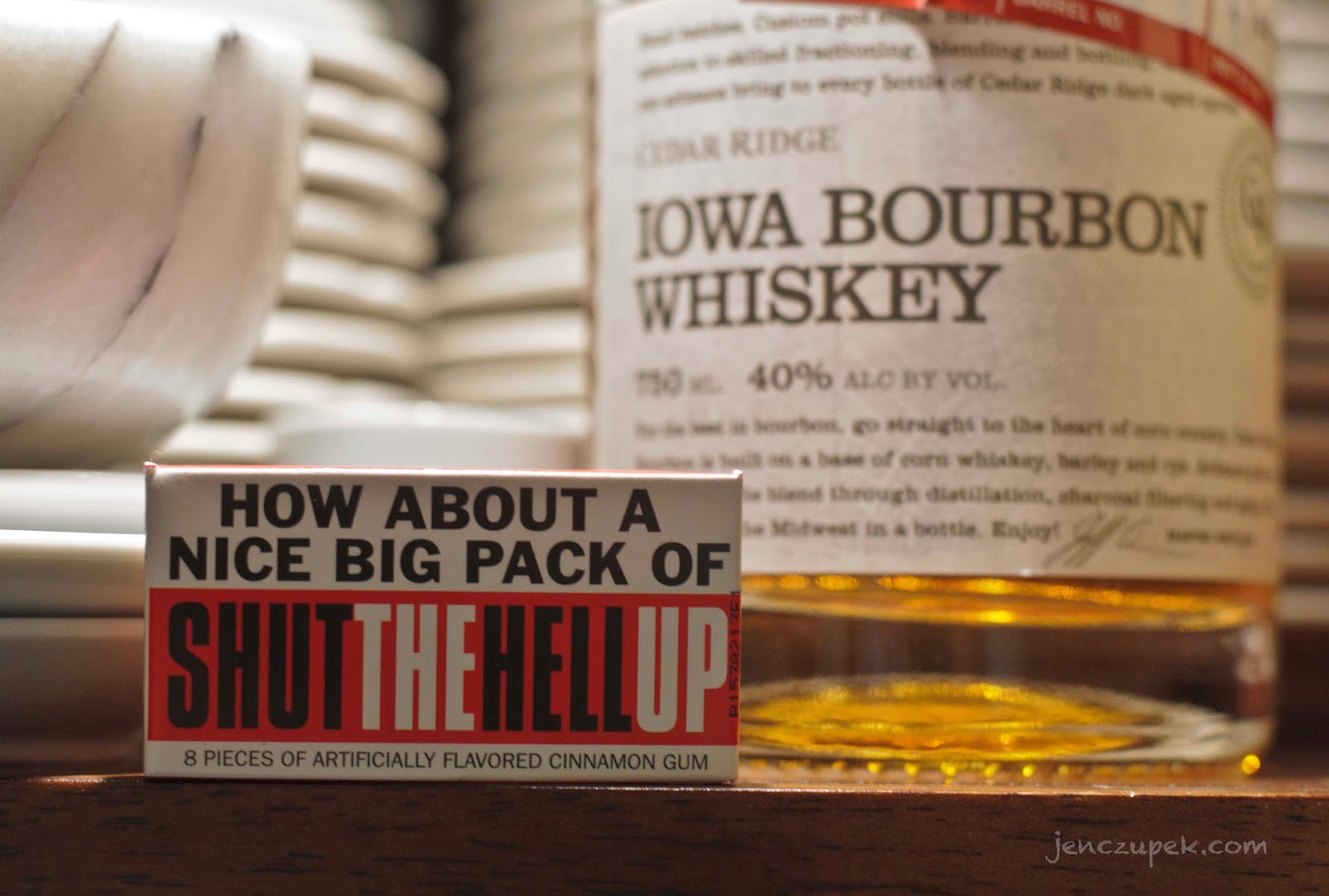 Busted! That brings her number of pranks to three. Blackhawk's Party favor left in my basement bathroom in 2013: 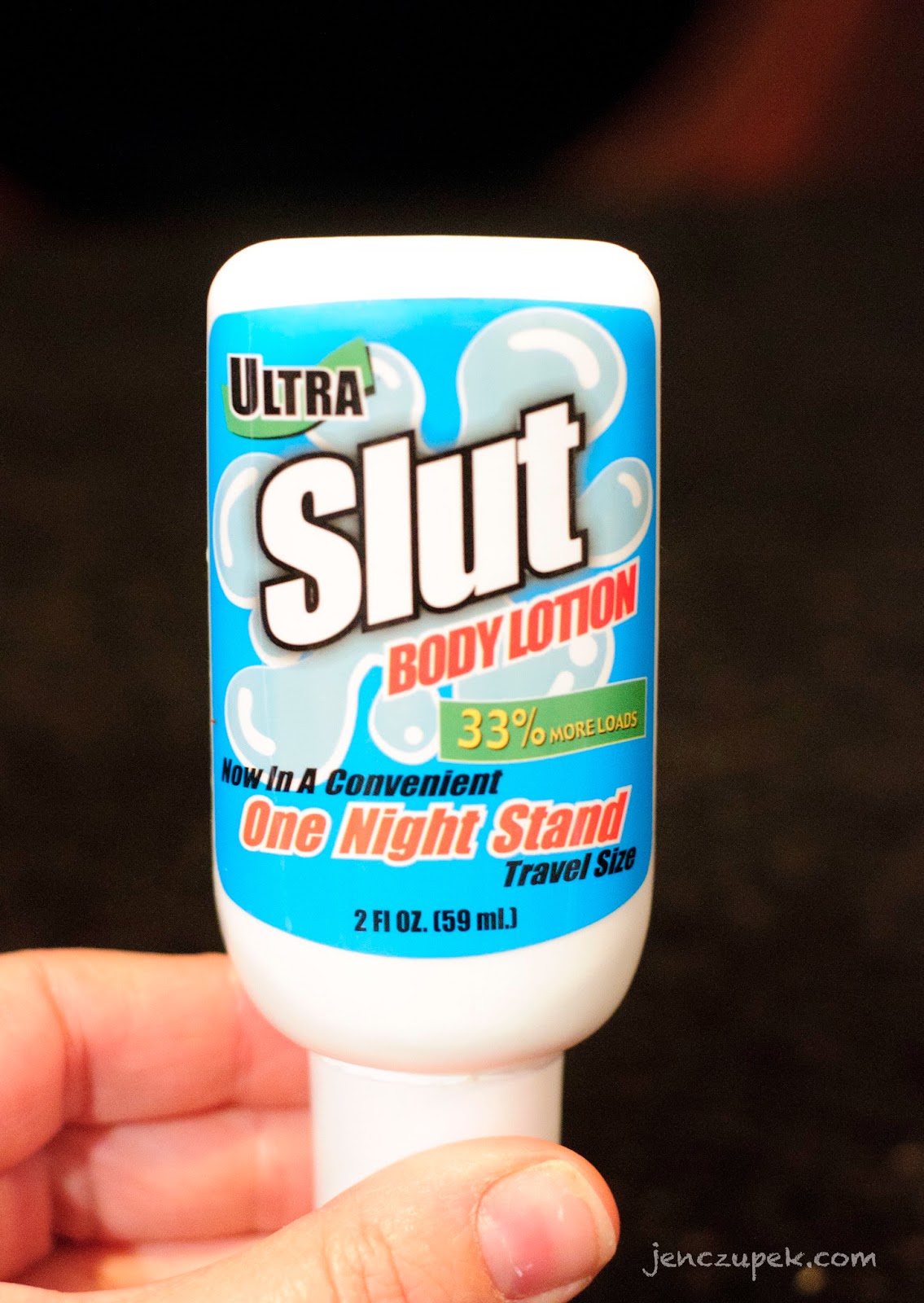 And girls weekend present on the console of my car in 2011. 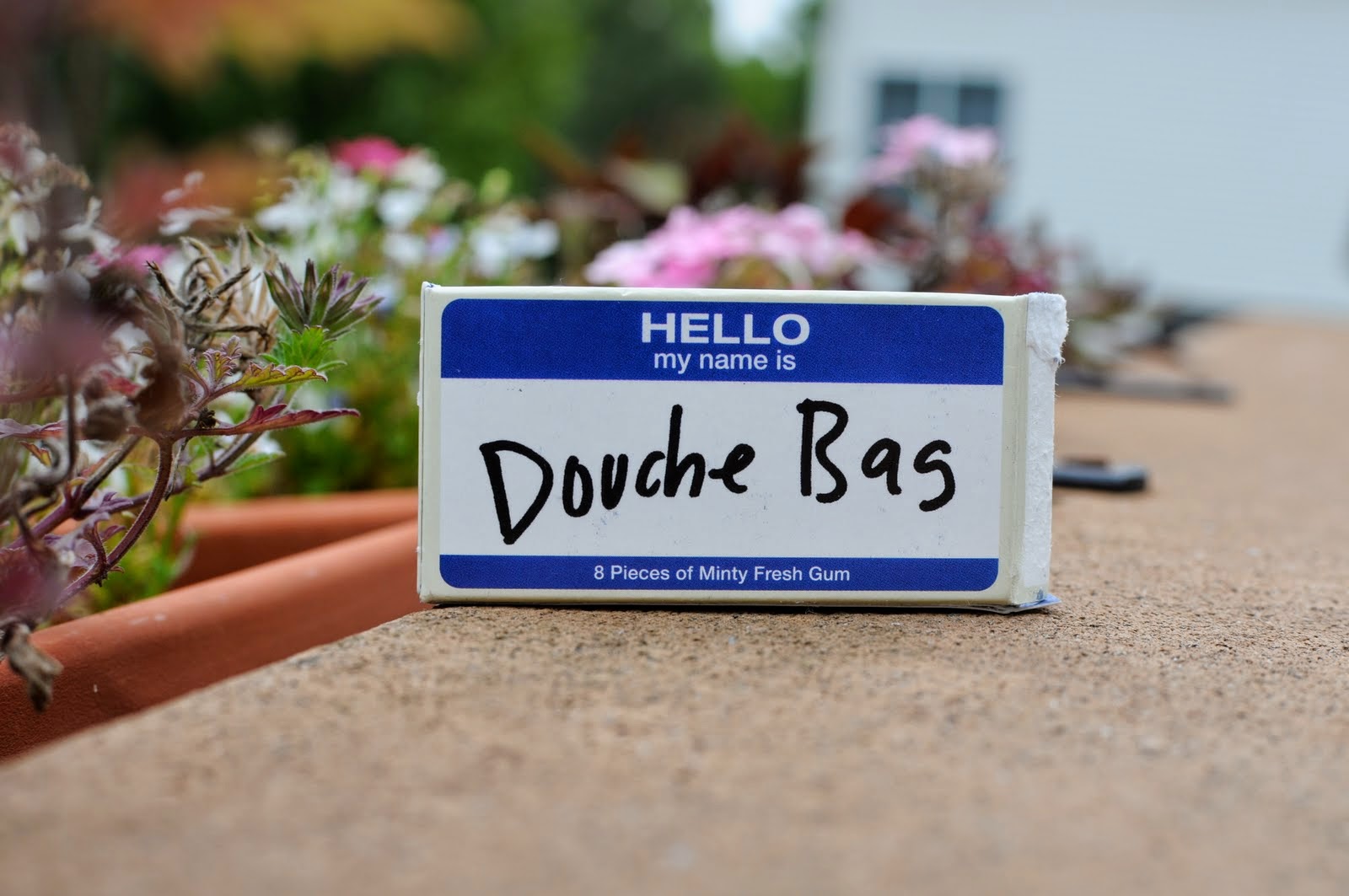 I'm plotting, because she's hosting us next.

Happy Friday. I hope yours includes some goofy, pranky friends - they make life sweeter, keep you on your toes and are quick to forgive when you fail miserably.

Combine all ingredients in a serving dish and combine. Let the flavors meld for an hour before serving with tortilla chips.

Combine the ingredients in a lidded jar and shake to combine. Strain the beverage into another jar to remove the pulp from the juices. Serve straight up, over ice or with a salted rim. Keeps well in the refrigerator for at least a week, if not longer.