Recently Mr. Musky went to the cabin to clean the fishing boat for summer. I know what this means. It is code for "I need some significant time alone with nobody to talk to and no dog sniffing my crotch." And I am more than happy to oblige.

Because I'll let you in on a little secret. When he leaves, I plan. I connive. I spend at least one night reverting to what my friend Kara calls Secret Single Behavior. Or what my other friend Heidi calls Studio Apartment Night. It may or may not involve eating something in bed while sipping on a glass of wine. It may or may not involve a two hour bath while I read a juicy novel as I morph into a prune. It may or may not involve watching a chic-flick and eating pizza for dinner. And for breakfast the next day. And not showering for an indefinite period of time. But one thing is for certain - it does involve doing exactly what I want to do.

I altered my plan this go-around to include the kids. No - they didn't drink wine in bed or forego bathing. Instead we started a movie marathon at 4:30 so I could still squeeze some in some deviant behavior later in the night. We started with the movie "Killers" with Ashton Kutcher and Katherine Heigl, a romantic comedy with just the right amount of violence so the video game lover in our family didn't lose interest.  Then... 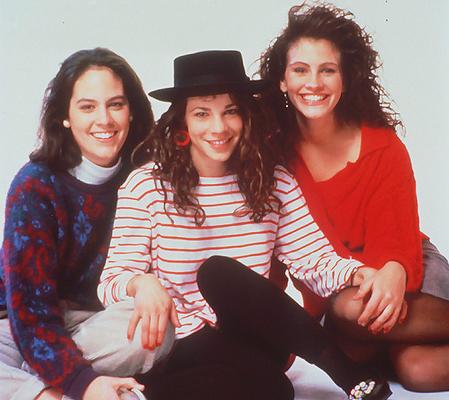 Ahhh...I love '80s movies - even this one. So does my girl. She can quote The Breakfast Club and Sixteen Candles verbatim. Overall she enjoyed the film, but she gagged like a cat hacking up a hairball during the scenes when the high school girl gets it on with her babysitter employer, who is "ancient," according to my own babysitting daughter. 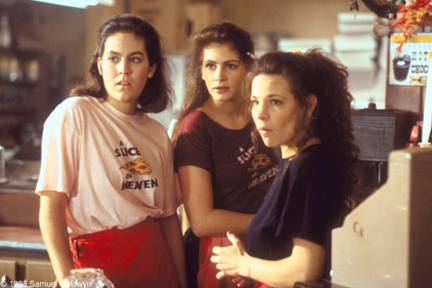 Anyway - if night one was for the children since I sacrificed my Secret Single Behavior in my upstairs Studio Apartment, then nights two and three were for the girlfriends.

My good friend Heather and two of her four children came over Saturday night.

They are so adorable.  All three of them.

Her twin daughters are energetic. And delightful. And full of sass, personality and spunk.

We made homemade pizzas. Kind of. Maybe I should instead call them home-assembled pizzas, since all the ingredients come out of a can or a bag.

Mmmmm...cupcakes. Not homemade. Not at all.

Miller almost snagged one out of this girl's hand.

Thank goodness he didn't. I wouldn't have been able to handle the ensuing tears. Her sister had a better idea.

Sit high up so the dog won't even get an M&M off the cupcake.

Except in the case of twelve-year-old boys.

XOXO,
Jen
Posted by Jen Czupek at 9:21 PM No comments: