Apéritif Friday - Chimichangas, by the Youngest

My thirteen-year-old recently began demonstrating interest in the kitchen. It began last fall with a desire for a grilled cheese sandwich the minute a certain mother finished cleaning up the mess from breakfast. Why do the children always know when you're flipping off the last light switch, abandoning all things culinary until dinner, and request a meal?

It's an uncanny sixth sense, I tell ya.

So I decided it was time for my youngest to begin acquiring some important kitchen skills of his own, like the refined art of making a grilled cheese sandwich and the disgusting, neon orange, mass manufactured pasta out of a blue box.

He's a quick learner, that one, and just a few months later asked to help prepare the Thanksgiving meal in Grandma's kitchen. He was immediately put to prep work, and found that he gains some bizarre sense of accomplishment by chopping onions while fighting back tears.

So I was not much surprised when he came to me a few weeks ago asking if he could cook an entire meal start-to-finish. Thrilled to kick back and focus on my apéritif for a change, I conceded. I carefully chose a meal in his wheelhouse that required plenty of chopping, a bit of spice, heavy on the meat but also with some vegetables cooked into the concoction. But a dish we've never had before, so he could call it his own. Call me crazy, but I'm constantly searching for subtle ways to boost my kids' confidence without employing the over used, annoyingly cheery statement, "Good job!"

I think we need to give our kids tasks, whether they are willing participants or not, and let them master things on their own in order to feel their own sense of triumph. We don't need to hover, and we definitely don't need to baby them. There's too much of that crap going on. Let them do something on their own and feel the sense of pride that comes along with it naturally.

Like cooking a kick-assed meal (because seriously, that's what it was) and listening to your family rave about how tasty it is. Not "Wow Jakey, what a good job!"

Ok - off the soapbox...I think I've been reading too many mommy blogs that talk incessantly about touchy feely crap and Seven Steps to Ensure your Child's Happiness. I am just so over it. Oprah quit, people. Time to move on. Miller certainly has. 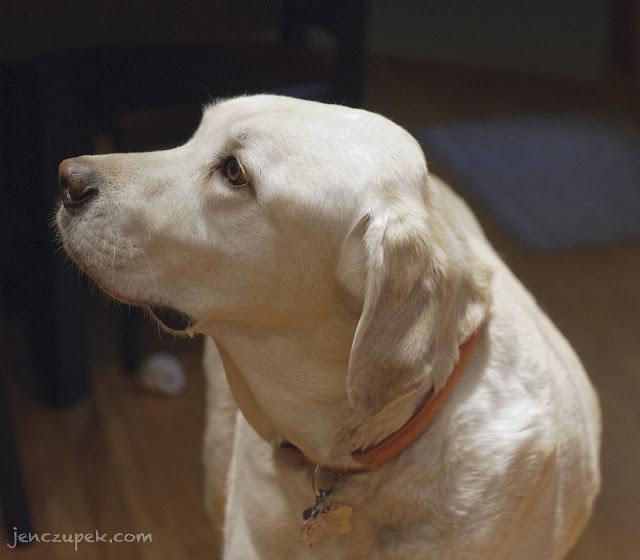 Knowing that Mr. Dr. Pepper loves a little spice and has infinite patience when it comes to chopping, we agreed that baked chimichangas would be a great meal for him to prepare for us. Plus...he loves ordering chimis out at the local Mexican restaurant. 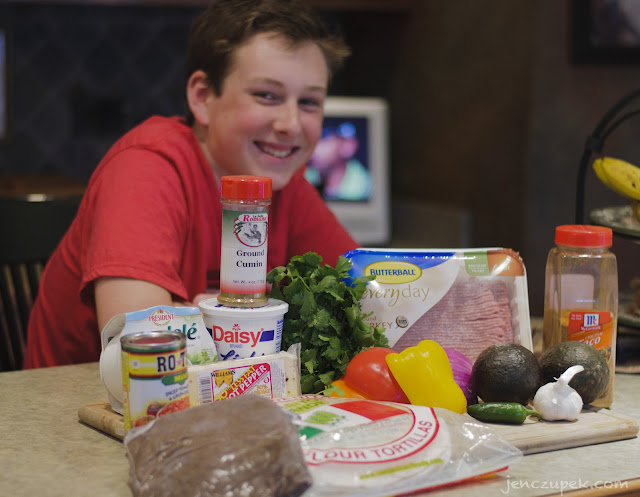 Ingredients for this yummy edition include: Ground Turkey, Taco Seasoning, Cumin, Bell Peppers of Varying Colors, Onion, a Jalapeno Pepper, Garlic, Cilantro, Rotel Tomatoes, Chopped Cilantro, Sour Cream, Rondele Spreadable Cheese (we used garlic herb), Pepper Jack Cheese and Large Flour Tortillas. We ended up ditching the black beans because the chef doesn't fancy them. And the avocados were for guacamole that barely made it to the final dish.

We began with a lesson from Mom. 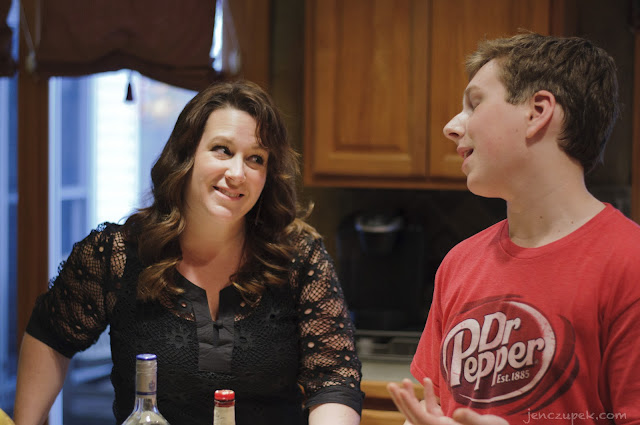 This just cracks me up. Clearly, I am busting his kahunas over something, based on his hand gesture and his closed eyes and exasperated expression. And I'm not loving it or anything. 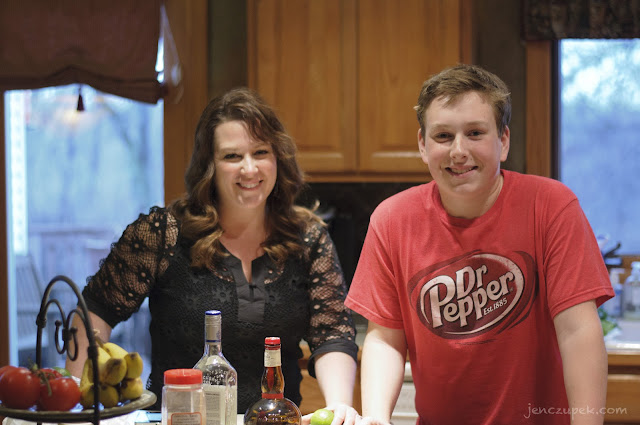 He insisted that he do all the prep work for the meal. Which included a lot of chopping. 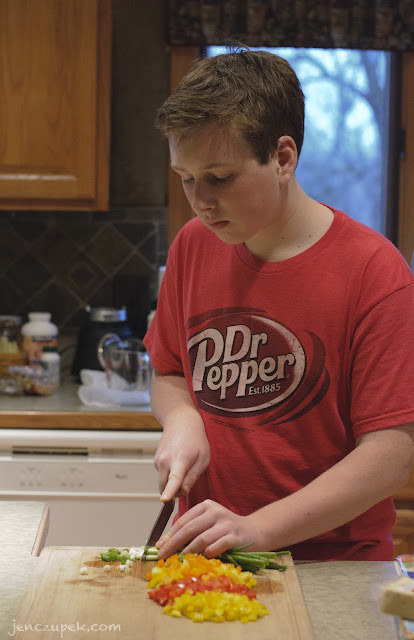 On our recent family vacation, Uncle John warned Jake that the knife he was using "is the real deal, dude. I'm serious." So now, anytime someone in our house picks up a sharp kitchen tool, we confirm. 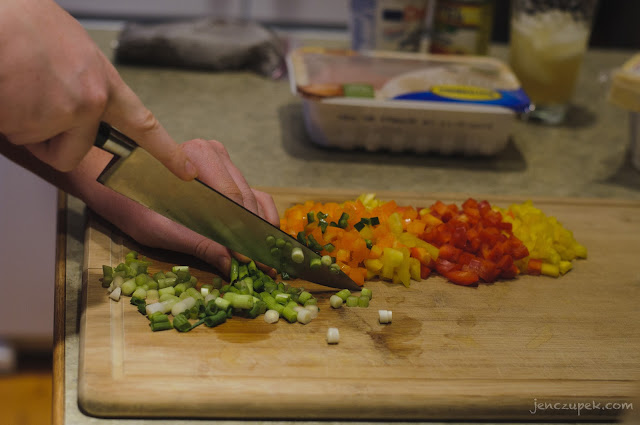 "Dude. That's the real deal. Just so you know."

We used that phrase once or fifty times while he made the Chimichangas. Uncle John's ears were surely ringing across the country.

Meanwhile, I got down to business of my own. Apéritif time! Obviously, I needed a Grand Margarita given our menu. 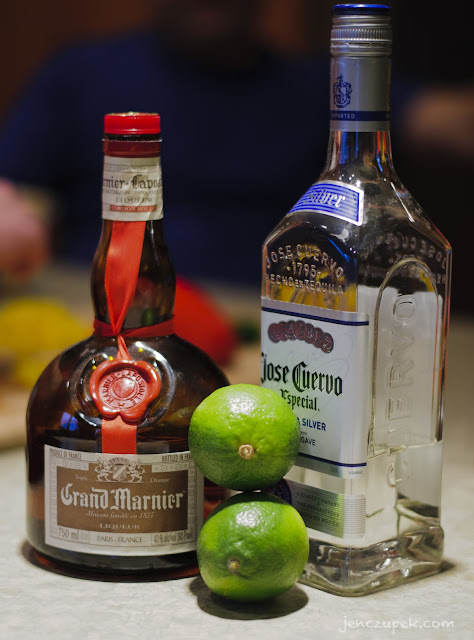 BUT! The NERVE! Someone drank all of our Patron! I have my suspicions, and she might just be visiting our house tomorrow. But I won't name names. So instead, I had to substitute Cuervo Silver for the Patron.

My head did not thank me the next morning.

I mixed equal parts of Tequila and Grand Marnier with 1/2 part fresh lime juice in a salt-rimmed glass. Mr. Musky stuck with the standard (code: BORING!) Sapphire and Water, and Jake opted for a diet Ginger Ale. 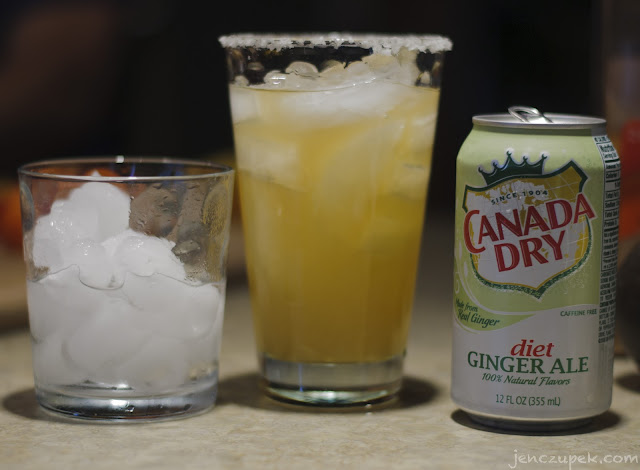 Music for the night varied widely. We started with The Masters coverage on the TV in the kitchen. Then Jake got smart and lined all the peppers up to chop them at the same time. Before this, he chopped one slice at a time, and Mr. Musky lamented that we weren't going to eat until Sunday. 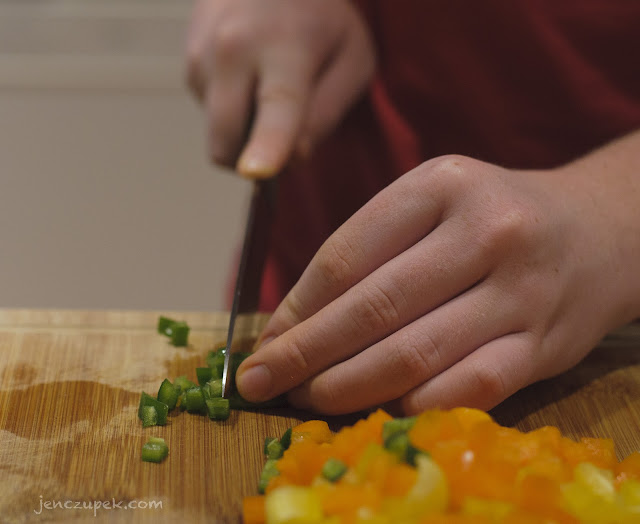 Noticing his revelation, I commented: "Well look at at the big brain on Brad!"

So naturally, we then listened to the Pulp Fiction soundtrack. Followed by what Kahley wanted, since she'd been sick for four days and we all felt sorry for her. Then she reciprocated by playing Dad's favorite - a little Springsteen.

That's what I love about these kinds of nights. It's just us, but we all want to make each other happy. And playing the music that someone else likes best is a good way to do that.

Not to mention, allowing Mama to join in the cooking. Well, just to make the guac. Since Jake doesn't eat it, he didn't mind me making it for the rest of us. 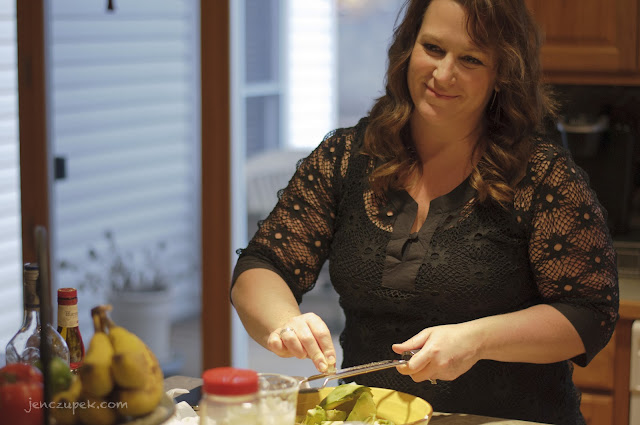 After chopping for hours, Jake swirled some EVOO in a pan and browned up the turkey. He then added all of his chopped vegetables, the tomatoes, a good amount of taco seasoning and cumin. He continued to stir and break up the meat until it resembled the size of small pebbles. 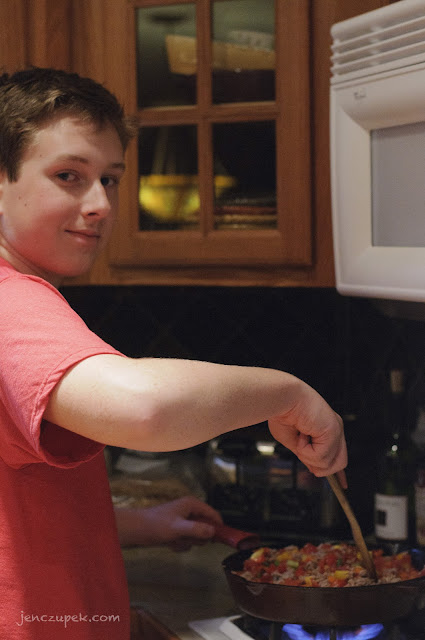 Meanwhile, because the natives truly were becoming restless, I mixed the spreadable cheese with shredded pepperjack and about a cup of sour cream. I may have slipped in a squirt or two or Siracha chile sauce, some lime juice and a good hunk of cilantro, too. We added the meat mixture to the cheese mixture and, I must admit, it looked a bit like... 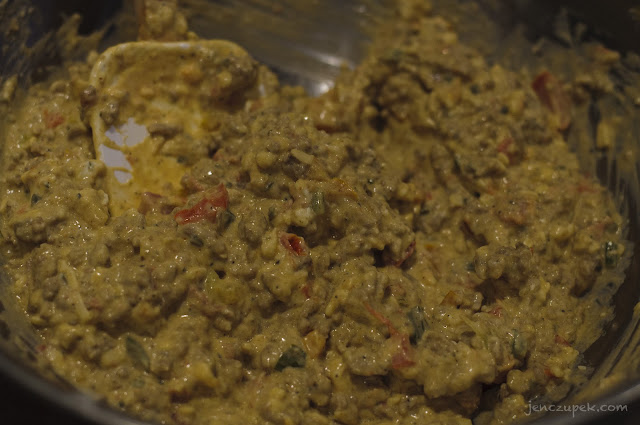 But don't let it deter you, or your hard working, live-in servant!

I showed Jake how to roll the chimichangas up, but he schooled me on this one. He truly rolled them perfectly, and wasn't bashful about letting me know.
He sprayed the Chimichangas with cooking spray, placed them on a rack over a baking sheet in the oven and baked them at 400 degrees until golden brown.

They truly were delicious, and everyone gushed about how tasty they were. We will definitely be quarantining him in the kitchen again soon when we all want a fix. I peered in the refrigerator the next day for one at about 4:00, and they were all gone. Apparently, everyone else had the same idea for a mid-afternoon snack. 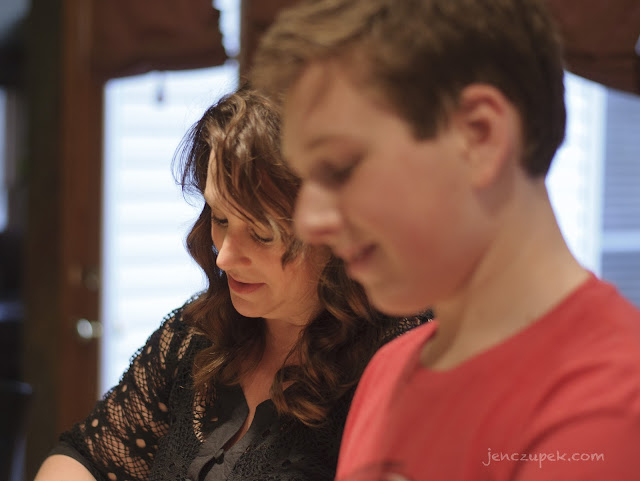 Ten years ago, conversations between the two of us would go something like this:

"Jakey, will you tell me you love me when you're sixteen?"

"Yes, I will tell you I love you when you're sixteen."

How sweet, that he thought I was aging backwards. 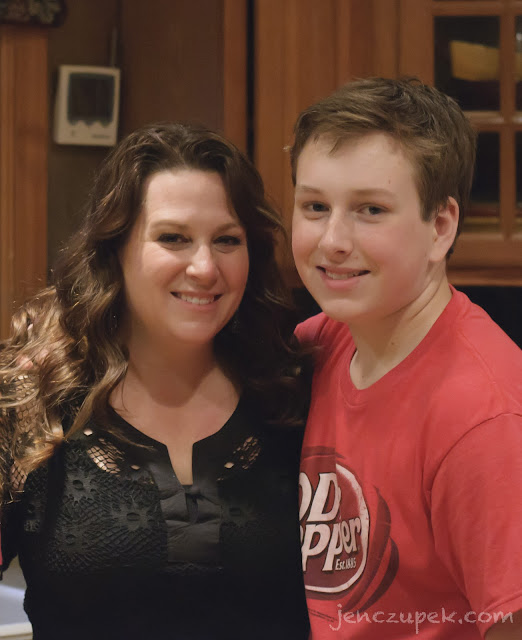 And true to his promise, he still tells me he loves me.