In trying to think up a good answer to "Why do we cook this stuff?" for the star of this week's Apéritif Friday, I had to dust off the cobwebs in my mind and go back to Long Lake, Minnesota, circa 1985.

I was but a mere pipsqueak on vacation with my family at my Grandma Kahling's trailer on the lake. My cousin Heather and I, bored out of our skulls, took to foraging along the shoreline to see what we could come up with.

Mussels. We cracked them open on the dock with giant rocks to see what they looked like inside. Because, well...obviously.

The insides were nasty, and I shuddered from there on out every time I ever saw mussels on a restaurant menu. How anybody in their right mind would actually put that ball of yellow snot into their mouth, chew and swallow escaped me.

Fast forward to 1999, an adorable yet demanding baby in my presence, and a house that needed some serious decorating magic. Broke, exhausted and ready for some quality spouse time, I met my mother half-way and gifted her with her grandchild for a weekend, with no overbearing first-time mother to deny her quality cuddle time. Mr. Musky and I stayed home to relive our PreKid days and get all funky and groovy and hot and bothered.

In other words, we painted the kitchen and family room. Sweet.

But...I did have some AmEx gift cards from my employer burning a hole in my pocket. The prudent choice would have found me at the local K-Mart purchasing diapers and such. Instead we bailed on the paint project in lieu of a nice dinner in the city. We agreed on a place that neither of us had been - Chicago's oldest restaurant, Italian Village.

So off we went, and despite the words "Fresh Mussels and Clams" in the description, I could not resist Frutta Di Mare Linguini. They had me at scallops, squid and shrimp, and I decided I would just push the clams and mussels to the side, feigning some imaginary mollusk allergy as an excuse for not trying the stars of the dish.

But I forced myself to eat just one, and something magical happened. I closed my eyes, willing away the image of crushed goobers on Grandma's dock, and just tasted what was in my mouth. It was curiously good. Reminiscent of the ocean, fresh, interestingly textured, slightly sweet and salty all at the same time, with hints of the acidic, delicious red sauce throughout. I ate another. And another. Finally, Mr. Musky jolted me out of my seafood reverie.

Since then, we've grown our mussel loving palates into connoisseurs of sorts. We make them at home in both red and white sauces. We try them at most any reputable establishment, and I say that in all honesty because obviously, like sushi, a mussel must be fresh or it's nasty. There are either good mussels or bad mussels - no in-betweenies on that scale.

However, there are good mussels and then there are out of this world oh-my-goodness-let-me-take-a-bath-in-the-broth DIVINE mussels. And on a recent Friday afternoon date, that's just what we found at Mon Ami Gabi in Oakbrook. Right there, in that little French restaurant, we both confirmed that we would never be able to eat mussels anywhere else ever again. We found the absolute best crock of mollusk goodness EVER. Both obsessed, we vowed to figure out how to make them at home. I googled "Mon Ami Gabi mussel recipe." And guess what?

The heavens opened and a choir of angels started singing the Hallelujah Chorus. Meaning, Chicago Tribune published the secret to Mon Ami's formula. If you'd like to skip the rest of my blathering (I totally understand! I get long winded!) then go here for the recipe.

So here we were, a couple of Fridays ago, all depressed and funk-filled because our West Coast vacation and Spring Break extravaganza neared its end. To keep the good vibes rolling, we had yet another meal of seafood, since eight out of the previous eleven weren't enough. Dave Matthews Band Radio serenaded us on Muse.

Willing Spring to arrive in the Midwest already, I opted for an Elderflower Gimlet. Two parts of the lovely Mr. Sapphire, one part Elderflower Liqueur and 1/2 part Lime Juice. 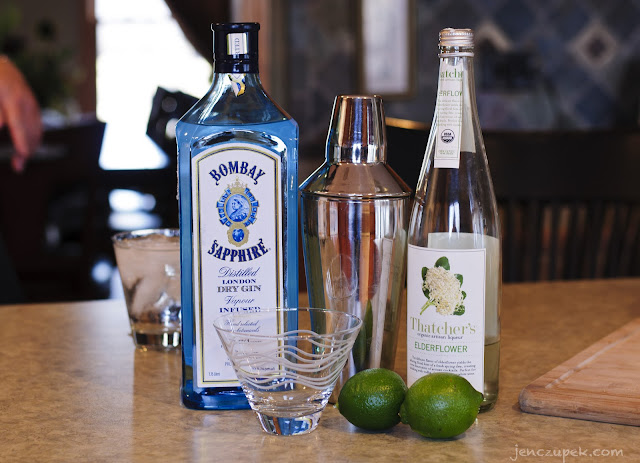 Refreshing with a hint of floral. The Elderflower mellows out the gin and the lime gives it a pop. Yummy. Na zdrowie! 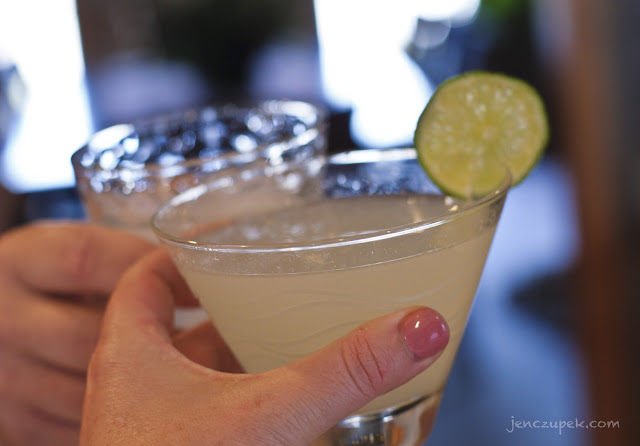 Too early to start in on the mussels, we began with a staple in my house growing up, with an update of sorts. 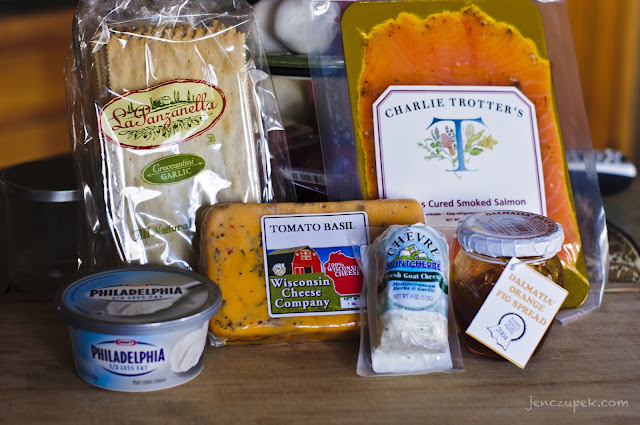 Cheese and crackers. If you've ever met my dad, you know that he could live on four foods: eggs, bacon, cheese and crackers. But in my advanced age, I find that I need things to go a bit beyond the standard Ritz and yellow cheddar. I prefer thin La Panzanella Croccantini crackers, which translates from Italian to "crunchy little bite" and has the best texture, mild taste and low caloric quality of any cracker. Why waste calories on the base when it's really all about the toppings? 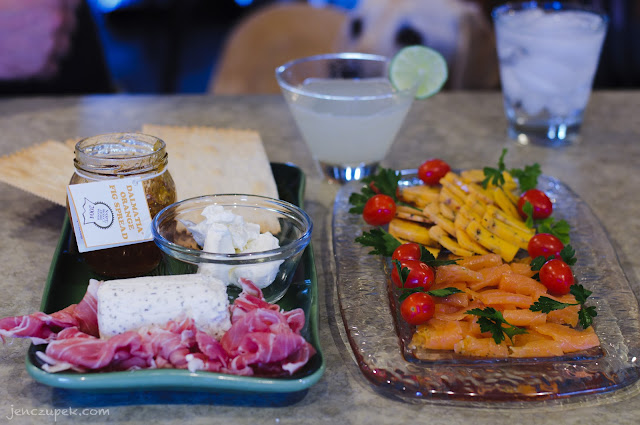 Goat Cheese...mmmmm.....I love it in salads, desserts, on pasta, steak, anything. But most of all spread thinly on a piece of Croccantini with orange fig spread and a hunk of proscuitto. 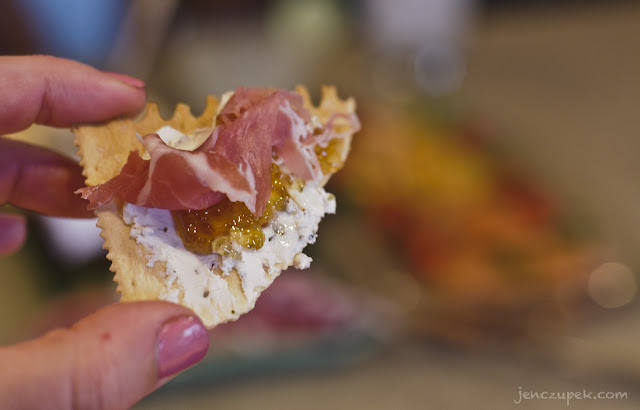 Other toppings included cream cheese, tomato basil cheddar and smoked salmon. More items that never graced the Kahling cheese board. But they are so yummy with an apéritif on a Friday. Look! My firstborn's sixth sense kicked in and she came running at the first whiff of smoked salmon. 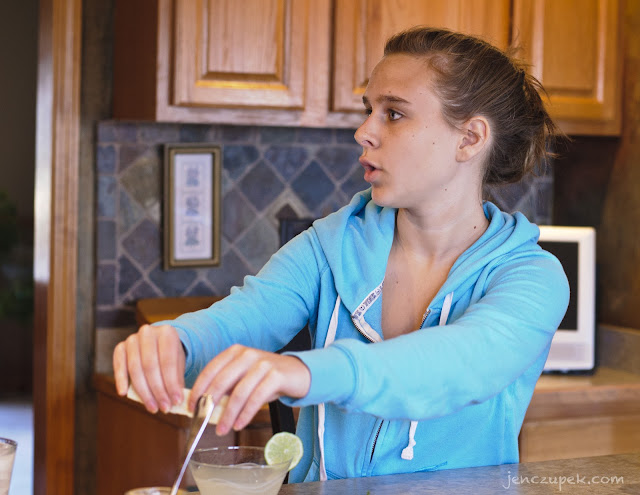 There was some kind of animated discussion that night about the worldly and diverse origins of her group of friends, so she pulled out her yearbook to show Dad pictures of the schoolmates she's always talking about. Meanwhile, I rooted around the freezer for a substitute for Jake since he does not yet appreciate a good mussel or smoked salmon. I baked some "Pizza Puffs" that were left over from a few months ago. It's an oldie but really goodie that my mom used to make for Christmas Eve every year. I'll highlight it here at some point. 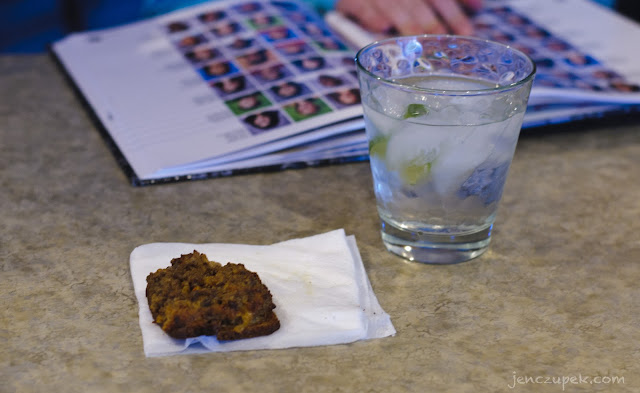 I can't stress enough how good this dish is, not to mention how easy and relatively cheap it is to make. The most important factor, obviously, is the freshness of the mussels. I have purchased them at both Costco and Whole Foods, and I prefer Whole Foods because they are cleaner, there are less beards to remove and I can buy exactly two pounds versus the bulk bag at Costco. They are slightly more expensive at Whole Foods, but the shells are all intact and unbroken, unlike Costco's. Even still, I don't think I've ever paid more than $5 per pound, and the recipe calls for two. Ideally, the fish monger will put them in a plastic bag with crushed ice without sealing the bag so they stay fresh and alive. You can keep them in your refrigerator on ice for a couple of days without an issue, but make sure the ice doesn't melt and they sit in your tap water, or they'll die. I bought these on a Thursday morning and cooked them Friday night, and just changed out the ice cubes Thursday night and Friday morning. 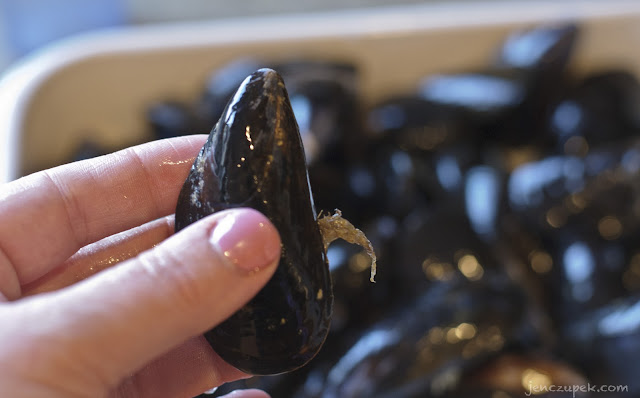 Before you start, inspect the mussels. Throw out any that have broken shells. If there are any beards remaining (like the one above), remove them by pulling them off with your fingers, cutting them off with scissors, or by holding one side with a paring knife and the other side with your thumb and yanking them off.

And if any of them are partially open and don't close up when you handle them, throw them out. 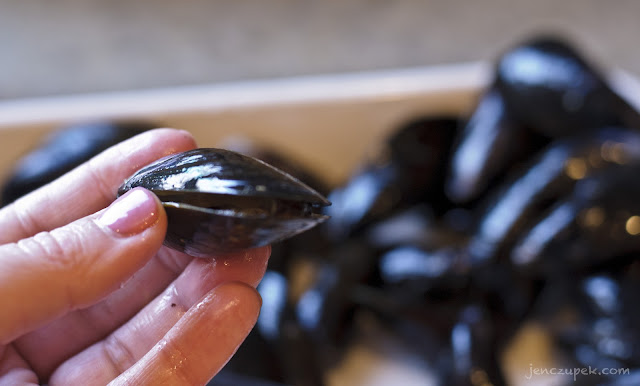 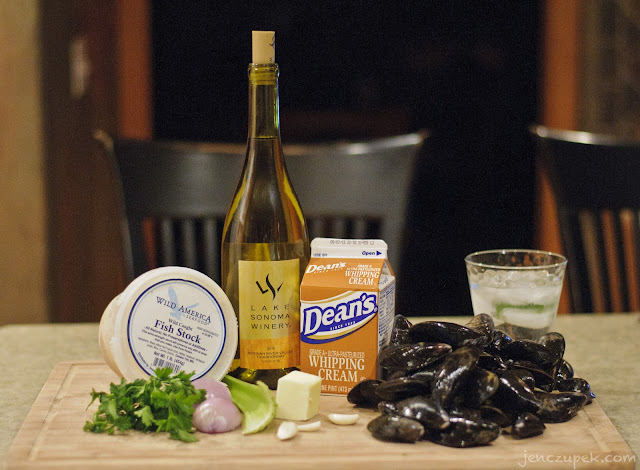 We found Fish Stock in the frozen section at Whole Foods, and I think it takes the dish to an entirely new level. While Chicken Stock will work, the fish stock perfectly marries up with the rest of the ingredients and adds complexity and depth to the final product.

Not pictured but absolutely critical to the dish? Bread. Really good French Bread, with a crusty, chewy exterior that everyone can rip off like animals, dip into the broth and soak up the juice. I forgot to include it in the picture, but definitely don't forget the bread on this one!

Once you've picked over the mussels, prep all the other ingredients because this one goes really fast. Start by sautéing a couple of chopped shallots (or a small onion) and a diced rib of celery in butter for two minutes. Add in some minced garlic and sauté for another minute. Then add 1/2 cup stock, 1/4 cup wine, 1/4 cup heavy cream, a pinch of salt and a bit of cracked black pepper to taste (go easy on the salt because the mussels release salty brine when they cook). Increase the heat to high and add the mussels. Cover the pot (I use a large sauté pan with a lid) and cook for three minutes - DO NOT OVERCOOK or the mussels will lose their tender texture and will become chewy and tough. Blech.

After three minutes remove the lid, take the pot off the heat and add some chopped parsley. Throw out any mussels that didn't open. It's a good idea to pour them into a serving dish, give them a quick stir and wait for a minute or two before serving, so any residual sand that was released when they were cooking can drift to the bottom of the bowl. I've only tasted sand once or twice, but it was no big deal.

That night the natives were restless and wanted their fix NOW without a pretty serving dish. So they dove in like vultures. 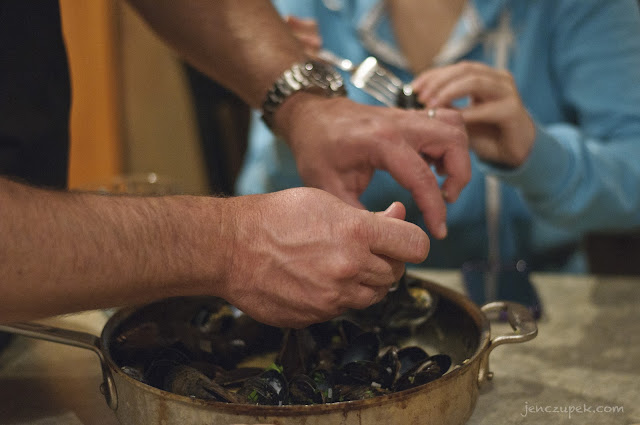 And my culinary wonder vanished in minutes. 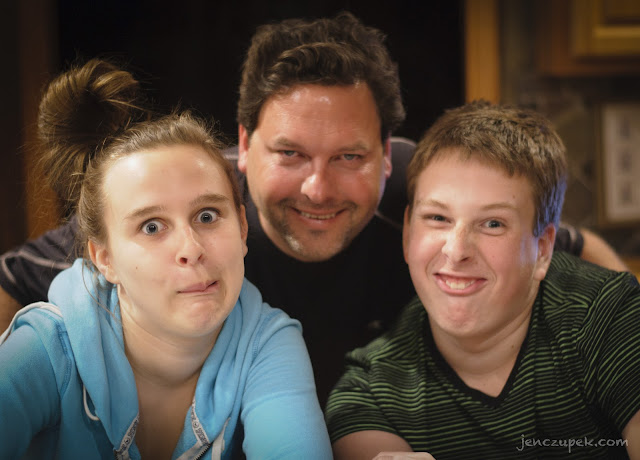