In my last post, I'm not sure if I accurately captured the madness during our Blackhawks party a few weeks ago. See, the game didn't matter much to the common fan, as the Hawks already won their way into the playoffs, and it was still a regular season game. So I suspect there wasn't much hockey watching going on, leaving the partygoers to find other modes of entertainment.

And since I wasn't really present, I missed out on a lot of fun stuff. But there were moments. Such as... 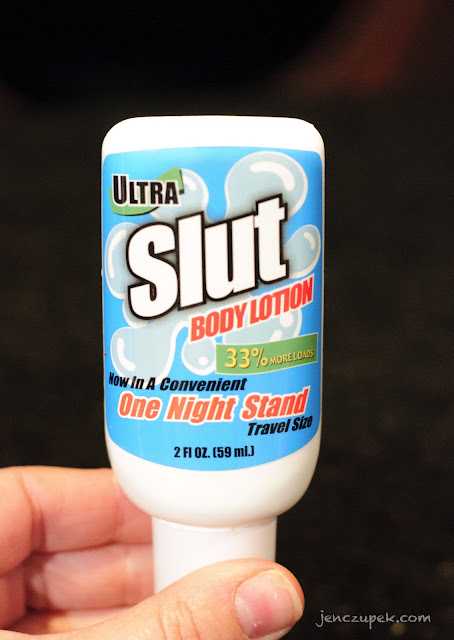 Mystery Lotion Planter, I know who you are, even though you got all Judas on me and feigned ignorance about this toiletry. Party guests, I do NOT keep a supply of "Ultra Slut Body Lotion, in a Convenient One Night Stand" in my basement bathroom. Lotion Planter,  you're the same person who left this one for me on the dash of my car once... 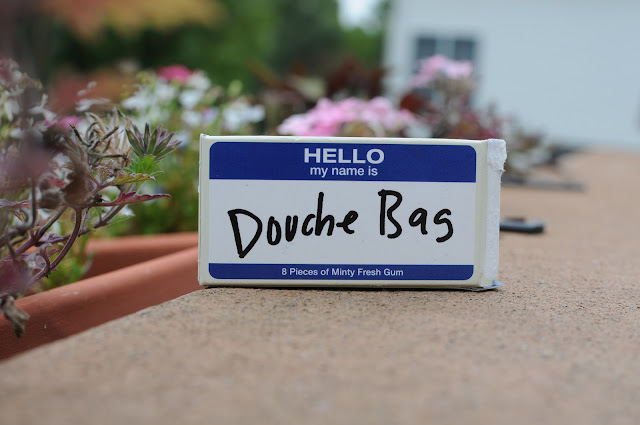 ...and paybacks are so entertaining. Beware, 'cause I'm gonna getcha when you least expect it!

Anyway...here are the recipes from our party. Next time I'll be sure to present food sooner. Thanks again for all who made it out and helped Debbie with the filming!

The night before, make a paste with your favorite rib or pork rub. We like Famous Dave's the best; I've also used Emeril's Southwest. Mix it with olive oil to form a thick, wet paste and rub it liberally all over the pork and set on a roasting rack in the fridge. The next morning, take it out an hour before roasting it. Preheat the oven to 400 degrees. Put it in the oven at 400 for 30-45 minutes - fat side up on the rack over a pan. Turn the oven down to 250-275 degrees and continue to roast for another six hours. Pull it out of the oven, let it rest for 20-30 minutes, cut the fat cap off and shred it, putting it back into the pan drippings. We've also grilled the pork, maintaining a low temperature on the grill for several hours. Serve on corn or flour tortillas with Creamy Cilantro-Lime Coleslaw.

Creamy Cilantro-Lime Coleslaw (I doubled it for the party)

Gently toss ingredients together in a large bowl. 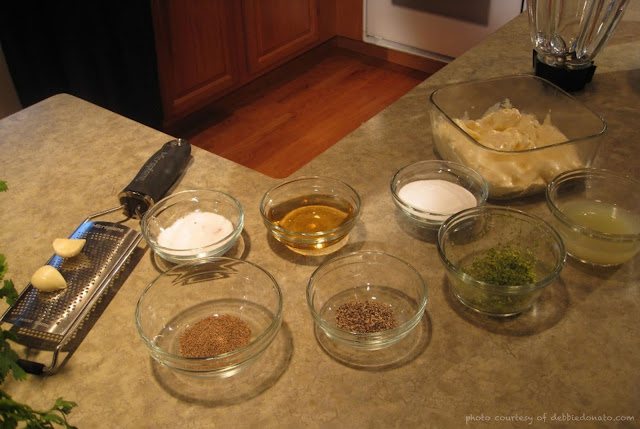 Mix all ingredients in blender. Toss with cole slaw ingredients, adding a little dressing at a time, just to coat. Serve over spicy pulled pork on corn tortillas with sliced avocado. 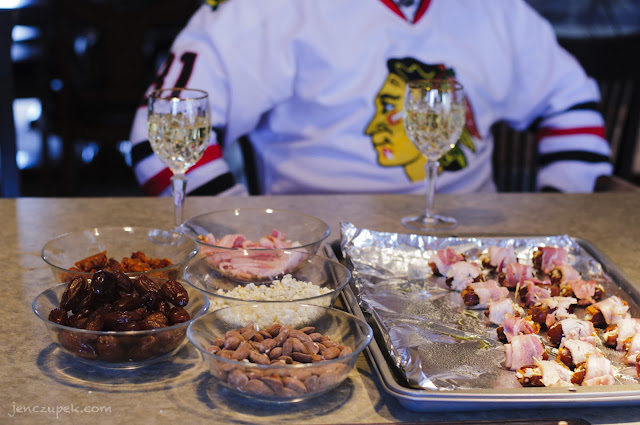 Stuff the dates with a bit of Blue Cheese, an Almond and some Chorizo. Wrap each stuffed date with a piece bacon and secure with a toothpick. Cook in a 400 degree oven for 10-12 minutes or until bacon is done and crisp. 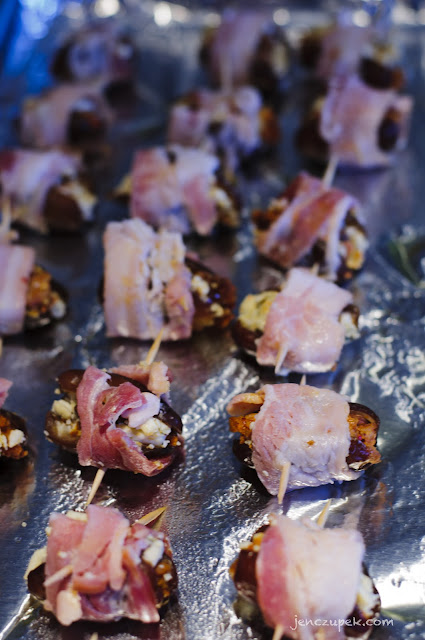 Serve immediately or at room temperature.

Wrap each asparagus spear with a piece of proscuitto and place on a baking sheet sprayed with Olive Oil. Bake in a 400 degree oven for 10-12 minutes or until asparagus is tender and prosciutto is crispy.


For the Lemon Tart recipe, go here. But make it for a party, or you'll risk eating the entire blasted thing yourself, it's that good. 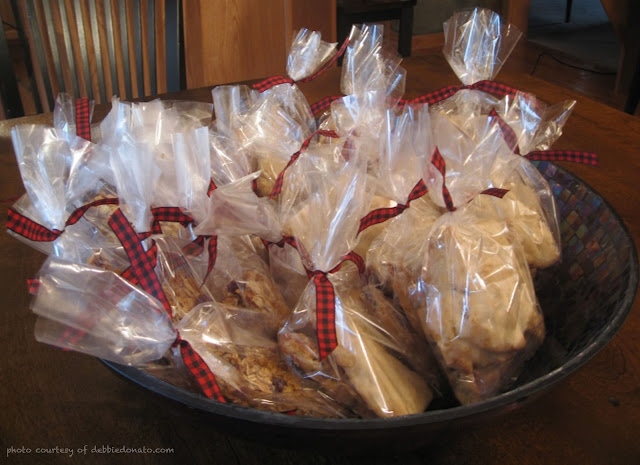 For the take-home goodie baggies that were intended for breakfast the next day, but in many cases never even made it home (or so I heard), I made Vanilla Bean Scones and Homemade Granola Bars, found here and here.

And our ever loving Apéritif - The Bloody Mary

Run a lime along the rim of the largest Ball Jar you can find and dip it in some celery salt. Pour the glass about 1/3 full of good Vodka - don't use Smirnoff or Jen will end up in the hospital. Spoon in a bit of Horseradish, along with a few shakes of Worcestershire. If you like it really spicy, shake a couple of drops of Hot Sauce in too. Stir. Add Zing Zang Bloody Mary Mix to about 1/2 full, stir well. Add the following:

Add the ice last to avoid spillage. Serve with a giant straw. A glass of water isn't a bad idea either. :)