Last weekend turned into all sorts of unexpected goodness. We were supposed to go to the cabin as a family for the first time this Spring, but twelve inches of threatening snow and ice thwarted those plans. So we took the kids out on their day off school to a place where all upstanding, morally conscientious parents lead their offspring.

The Off Track Betting parlor.

Because naturally, the 139th running of the Kentucky Derby on Saturday demanded more than our average apéritif efforts. We needed a greater incentive to cheer and root and holler for the big bucks. We all picked a trifecta box, and Mr. Musky selected a couple of horses to win. Between the four of us, we surely held a winning ticket, and we all agreed to split the winnings, regardless of who chose the big winner. 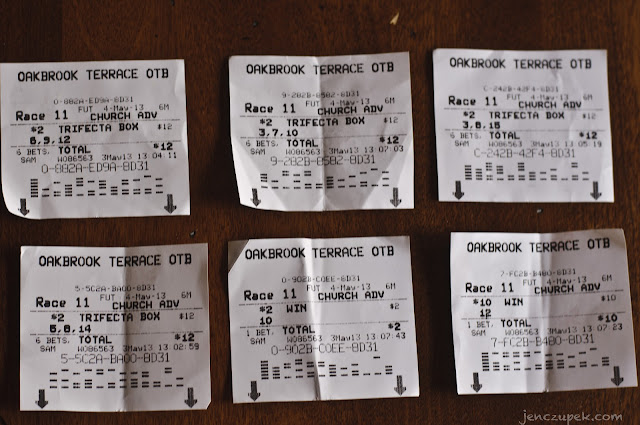 By Saturday afternoon, the youngest waffled on his commitment. Visions of innumerable video games and wealth beyond his wildest imagination trumped his loyalty to family. The greedy sucker was going to keep it all to himself should his trifecta reign victorious.

Still bummed about my lackluster mojito the week before, I broke down and made a simple mint syrup for the standard Kentucky Derby apéritif. I brought a cup of sugar and a cup of water to a boil, then simmered it for five minutes. I then removed it from the heat and added a bunch of mint to steep for 15 minutes. And...it was divine. It made an awesome mint julep, along with crushed ice (an absolute must for this cocktail) and one of my all time favorite bourbons, Woodford Reserve. I used three parts bourbon to a scant one part syrup and added loads of crushed ice. 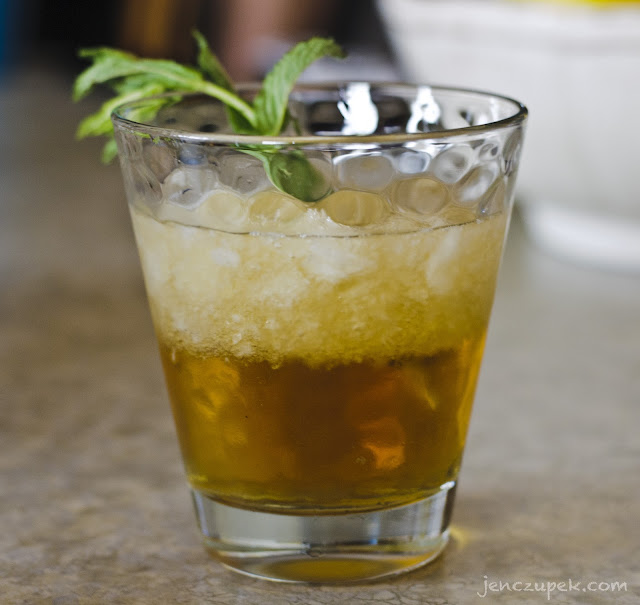 This was so yummy and refreshing but still bold, that I believe I'll have one for the Preakness. And another for the Belmont. Heck, I might even imbibe in one more just for fun later this summer. The mint syrup isn't going to waste in the meantime - I remade the mojito with it (fantastic) and put a tablespoon in some iced tea one night. Refreshing and just a little goes a long, delish way.

We played no music on Derby Day; instead, we watched the coverage that started early in the afternoon on our little kitchen TV, then moved downstairs to the big screen for the main event. 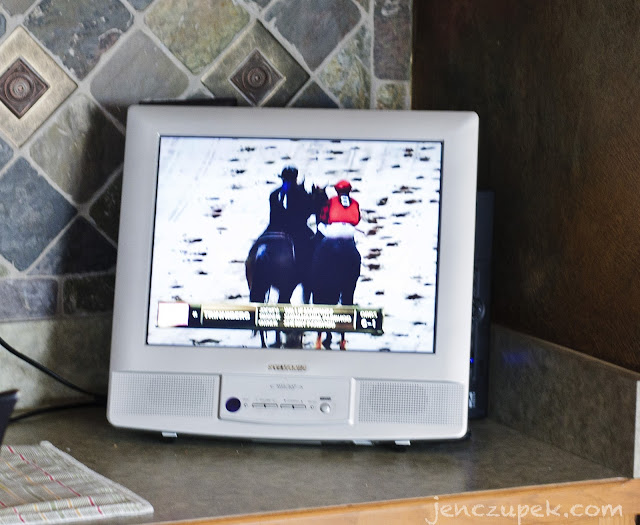 Not one to enter such a jolly, festive occasion without proper sustenance, I decided earlier in the week how we'd snack our way through the tailgate. For some reason, cucumber sandwiches lodged in my brain as a standard Derby snack. I think I got British Tea confused with horse racing, as Mr. Musky confirmed after thorough research that cucumber sandwiches appear nowhere on the Derby foodie list. I think he was just trying to avoid eating them, as he's not a fan of the cuke. Since I knew this, I looked for other common derby foods, and found that just about anything cooked in bourbon will suffice. So I opted for Drunken Wieners. 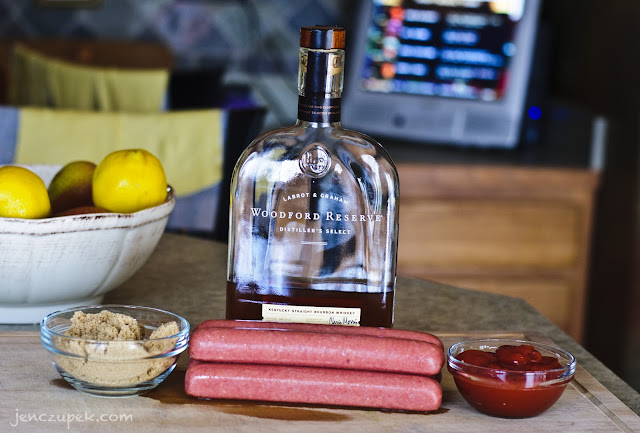 Heh Heh. The name alone makes me chuckle, along with everyone else around here. The ingredients couldn't be simpler - a pound of all beef wieners (hee hee!), 1/2 cup ketchup, 1/2 cup brown sugar, 1/2 cup bourbon. Cut the wieners (tee hee!) in half, then in half twice again to make bite-sized wiener portions (ha ha!). Put them in a sauce pan with the other ingredients, and simmer for 10-15 minutes. 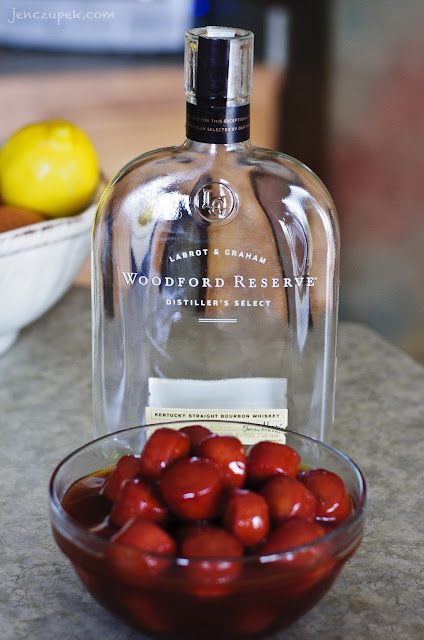 These little suckers are surprisingly fabulous, and while they might be a bit hillbilly in nature, they are aristocratically balanced by little feminine cucumber tea cakes. 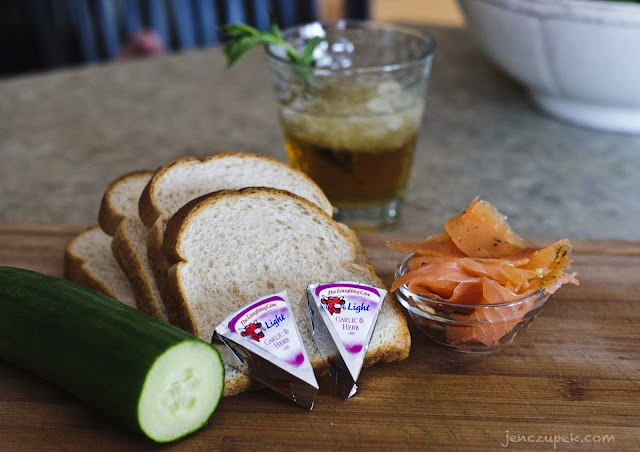 Which are also soooo simple to make. I used a biscuit cutter to cut adorable little rounds of bread, spread that delicious (and low cal!) laughing cow cheese spread on each round, then topped them with sliced cucumber, smoked salmon and fresh dill. 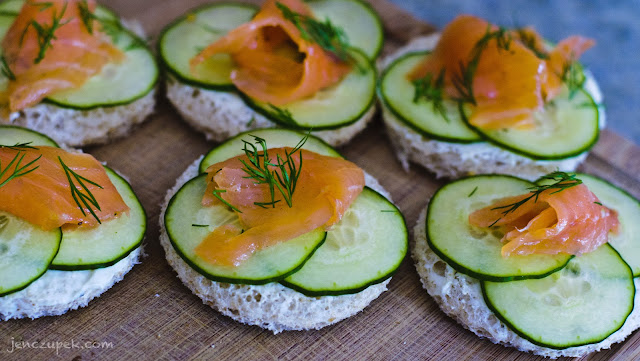 The finished result? A juxtaposition of redneck country boy meets pretentious debutante on a plate. And unexpectedly good together. So tasty, that even Mr. Musky indulged on one or five little cucumber treats. 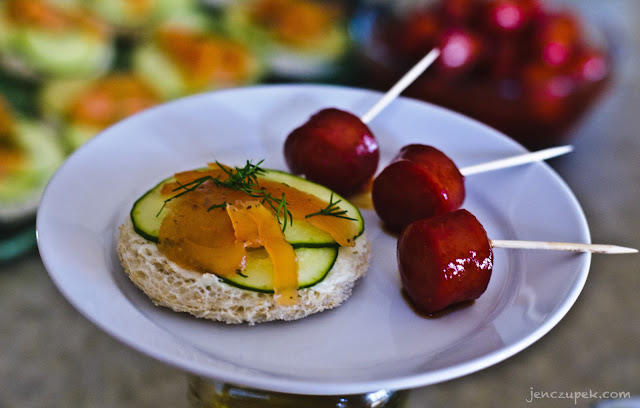 And about a quarter pound of wieners. Har har.

Shockingly, once the food was ready the minions magically appeared. And gave a big thumbs up while giggling over the name of my concoction. But every picture I snapped of my delightful children ended up terrible, because they were stuffing their mouths the entire time. I guess I should probably feed them something before four o'clock on a Saturday. 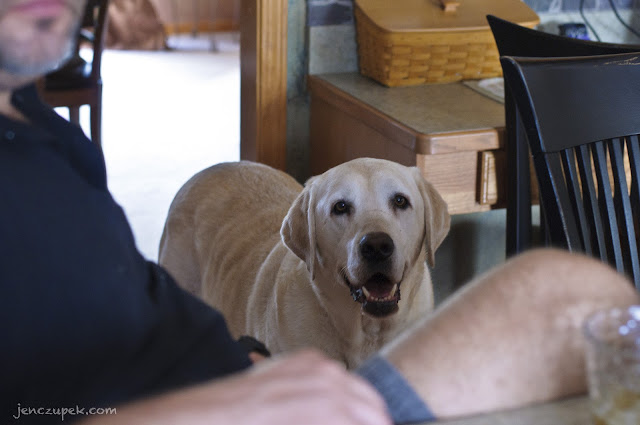 Clearly, such a tiny amount of food wouldn't hold this crowd over until morning, so I also made a giant pan of lasagna while watching the pre-race festivities. But I'll save that madness for another post.

And alas, there were no big winners in our house on Derby Day. Maybe we'll try again in a few weeks.

In the meantime, if you need some quick and easy appetizers, try these! They'll be a huge hit with any immature crowd who can't handle the phrase "Drunken Wieners."