The Problem with "GOOD JOB!"

Normally I keep things pretty light here. I lean toward the positive, and while I certainly don't wax poetic online about everything in my day-to-day life, I choose to blab about the lighter, funnier, glass-half-full types of things.

But like everyone, I have my moments. I get mad, bored, annoyed, frustrated and could occasionally drop-kick a teenager or two into next week. And I roll my eyes and sigh in exasperation when I hear the movie Miracle playing in the basement at midnight.

Mr. Musky has officially turned me against the 1980 U.S. Hockey Team. I almost hate them all. Or more accurately, the actors who portray them.

Anyway...I say all that as a precursor to my rant today. I normally don't vent. But there's something under my craw that just won't go away, and for some inexplicable reason I feel like shouting it all over the internet for the entire world small group of people who read my blog to hear about it.

It all started with a quick trip to Whole Foods.

Kahley and I needed to pick up some groceries on Saturday, and I was anxious to get home. Whole Foods seemed to be short on baggers, so I asked her to start putting the groceries in the plastic, reusable bags that I actually remembered to bring into the store vs. leaving in the trunk as I usually do. Meanwhile, I swiped my card and exchanged pleasantries with the checker as she placed the first bag into the cart. I peered down, and scowled at her.

"You don't just chuck groceries into a bag like that! Do you have something against actually setting the tomato cans upright? And placing the crushable items on top of the canned goods?"

She laughed, sheepishly, and acknowledged. "I guess I suck at bagging."

"Yes," I concurred. "You do. We can cross this future job off your list."

Meanwhile, a frantic bagger ran over to us, apologizing profusely that Kahley was bagging, insisting that she take over. We told her it was no problem, but I pointed out that my firstborn has no business trying to place items in a plastic bag in a coherent fashion. Because she sucks at it.

"OH NO!" exclaimed the bagger. You did a "GOOD JOB! Really! You did a VERY GOOD JOB! You might just want to pack the frozen things together, but you did a GOOD, GOOD JOB!" As she gushed, she repacked every item Kahley placed into the bag.

I couldn't believe my ears. She was praising my petulant teenager like she was a toddler who just mastered writing her own name. And it bugged the ever living heck out of me. It still does.

Why do we bestow praise upon our children when they don't deserve it? I ranted all the way to the car, and Kahley agreed with me (did she have a choice? Maybe not). I gave the example of small children picking up their toys. And asked her if they would be worthy of praise for cleaning up.

Exactly. My fifteen-year-old gets it. Praise must be earned. It must be deserved. Because when it's given under any other circumstance, it's hollow. Empty.

As I continued my bellyaching, loading the bags in the trunk, we heard a shout behind us. "Excuse me! You forgot your lemons! And we won't even charge you for them!" The Good Job Lady ran toward us, holding two lemons overhead, and breathlessly handed them over.

"Thank you so much. I really appreciate it. We were just having a good laugh though - it's very sweet that you think my daughter is a good packer, but it just isn't so." For some bizarre reason, I was determined to convince this woman that Kahley couldn't pack a grocery bag if her life depended on it. Could she learn? Of course. She's not a duck. But it simply is not an innate skill for her.

And unbelievably, the woman continued to say she did such a GOOD JOB! My efforts in flipping her were futile, and she will forever dish praise where it isn't warranted, I'm guessing.

And how ridiculous does all this sound? Very. I get that. But hearing "GOOD JOB!" when it clearly is not deserved must be one of my biggest pet peeves. Not to mention the fact that it results in plenty of bratty, self-indulgent, overconfident children who cry entitlement every way they turn because they do such a GOOD JOB at every inconsequential task in life.

Get straight As in school? Good job.
Remember to take a lunch to school? Duh.

Do household chores without being asked? Thanks, and Good Job if it means you'll keep doing it.
Clean your room? Do it now.

Take Kahley's recent horse show. Outside of summer camp, she hadn't shown since 2009, the first spring after she started riding. Her own, personal goal was to simply...ride. She announced that she didn't care what place she came in, because she didn't know what to expect and she realized that she would be competing against more experienced riders. Her friend Casey, for one. 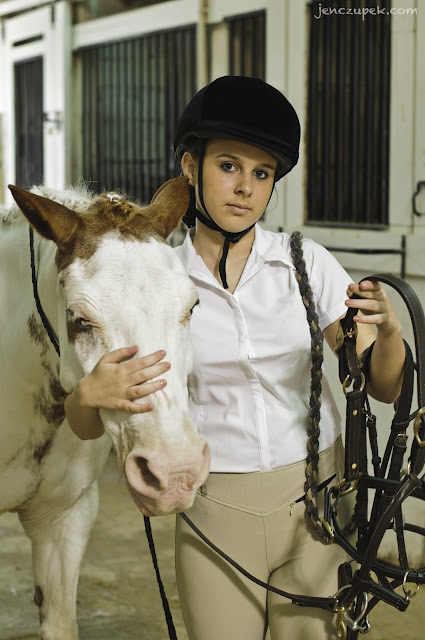 "I just want to have fun, and set the bar. So I can get better in future shows." 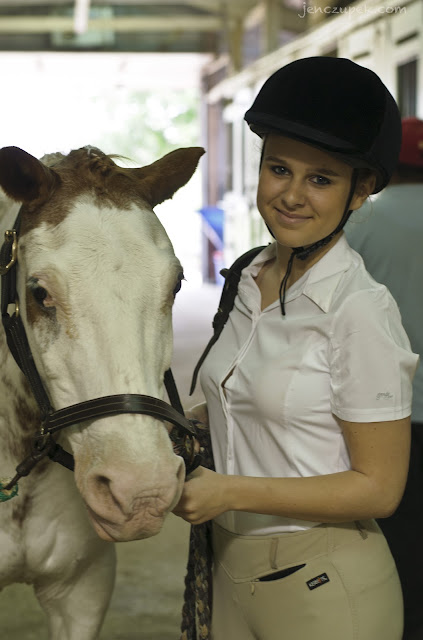 Her goal made me proud of her, because it eliminated the pressure to perform, allowing her to relax and enjoy the experience. That doesn't mean that tension won't appear in the future, and that she won't be disappointed if she fails to win blue ribbons in the next show. But for May of 2013, she was just fine with fifth place. "Because pink is the second prettiest color of ribbon, next to blue." 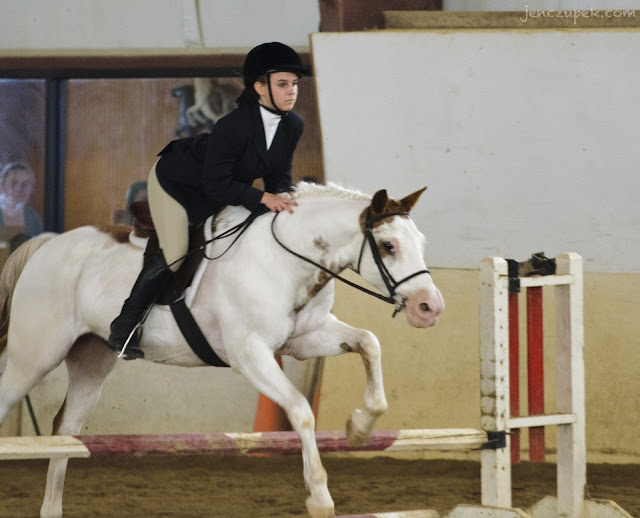 My girl placed fifth twice, fourth thrice, and third in one of her classes. Not dead last, still leaving room for improvement. 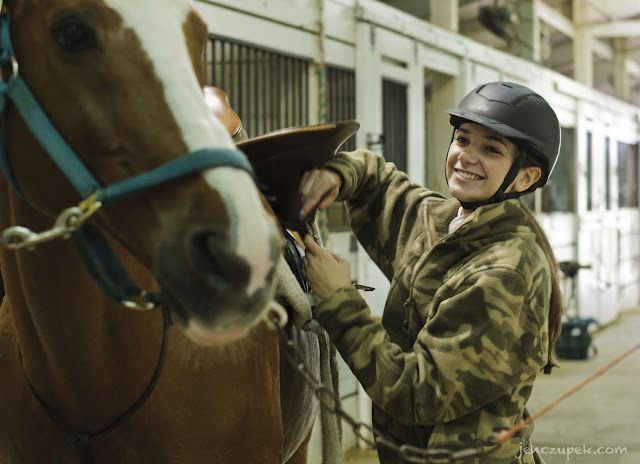 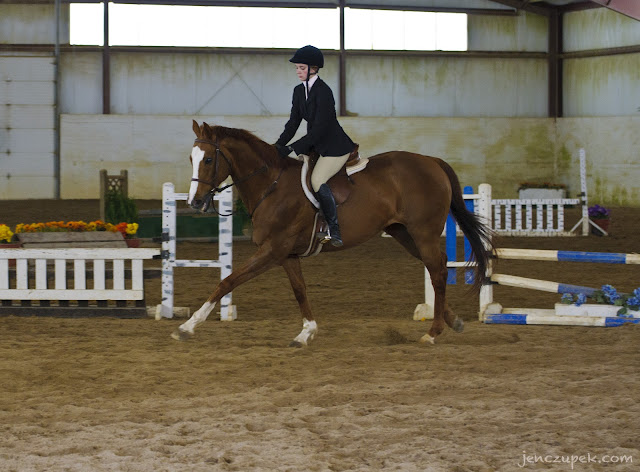 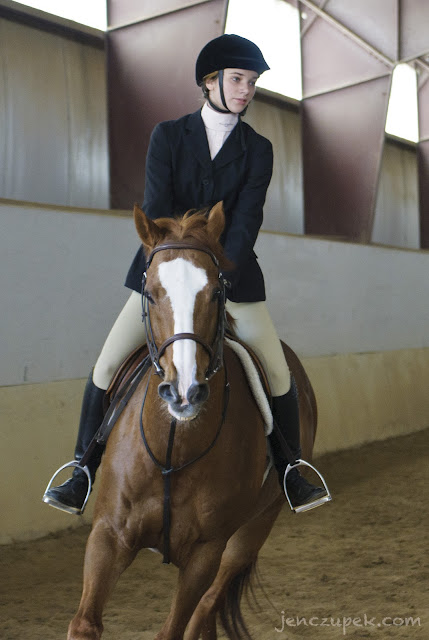 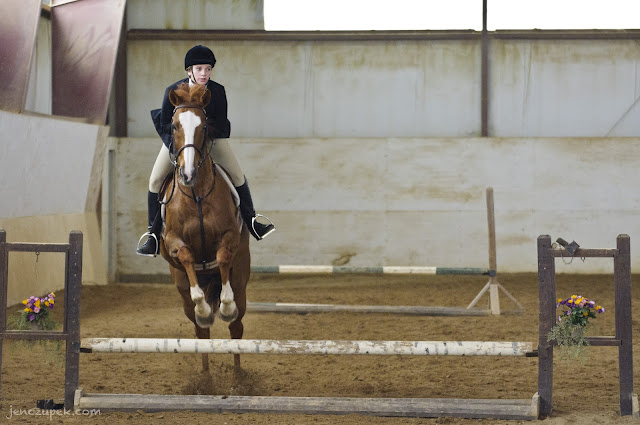 She earned Champion and Reserve Champion for their division, deserving all the Good Jobs in the world. 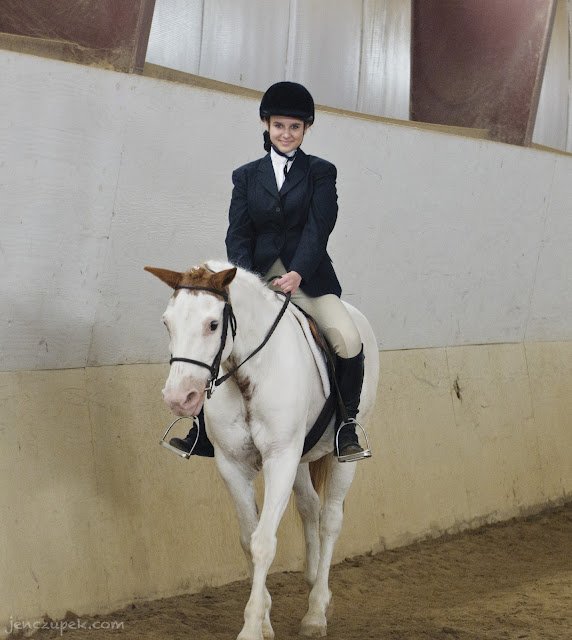 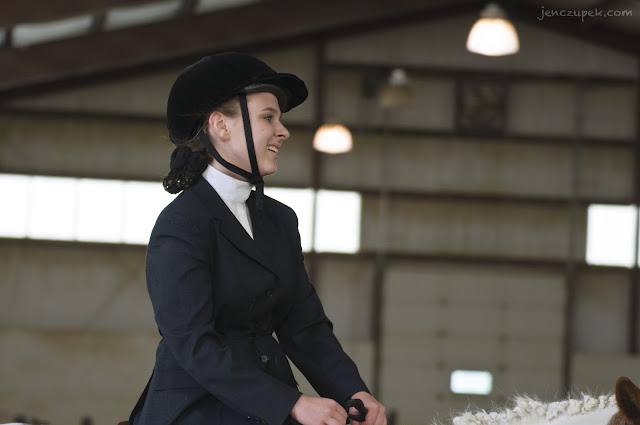 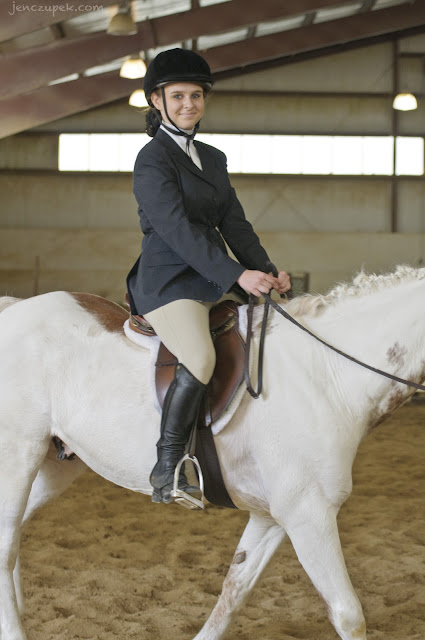 Way to set the bar. I'm glad you get it. 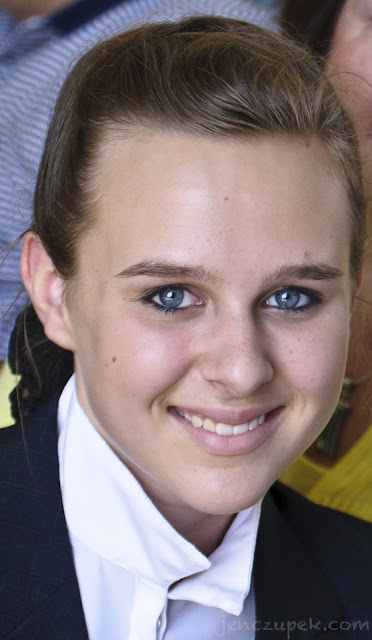