My oh my. What a fabulous summer.

The kids enjoyed summer camp for a whopping eight weeks this summer. EIGHT WEEKS! And while I always look forward to drop off day, it pales in comparison to my feelings on pick up day. I positively cannot wait. Eight weeks proved to increase my anticipation exponentially this year. And yes...we continue to hear it year after year.

"How can you possibly live without your kids for so long?"

It's possible, people. Believe me. And I won't deny that we enjoy it, as a happily married couple. 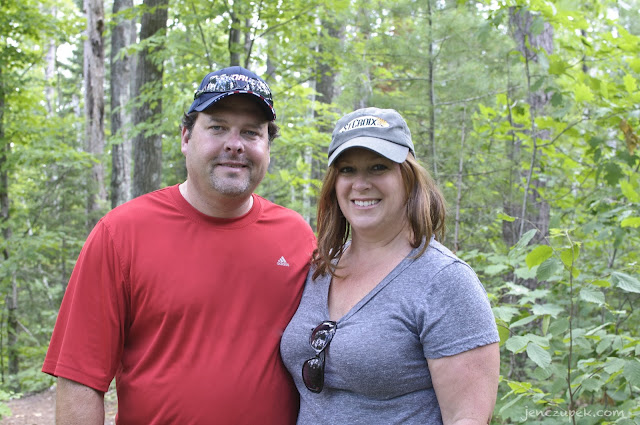 We enjoy it a lot.

But so do they. In fact, my son didn't want to leave camp. He loves that little piece of fantasy-land that Camp Menominee so carefully and thoughtfully creates every summer. He thrives on the constant action and activity, always looking forward to what's next in their jam-packed days. And while our daughter had her ups and downs this summer with bouts of homesickness, Chippewa Ranch Camp is firmly rooted in her blood, despite angst over missing activities with her high-school friends. She is all in when they ask her to return as a Counselor in Training next summer, willing and ready to pay her camping enthusiasm forward to the younger ranks.

If anyone is interested in the absolutely extraordinary experience, lifelong lessons, independence and values your children glean from overnight camping, please send me a message at jen@jenczupek.com or visit Menominee or Chippewa's web sites, found here and here. I could talk endlessly about the positive impact camp has on young children. Both camps are currently enrolling for the 2014 summer sessions - don't delay!

Back to my summer...as I looked through all the awesome photos I took, I decided to write several posts on the fun we had, working backwards.

One of Kahley's BFFs from Plainfield came to the cabin with her parents to surprise her when we picked her up from camp. 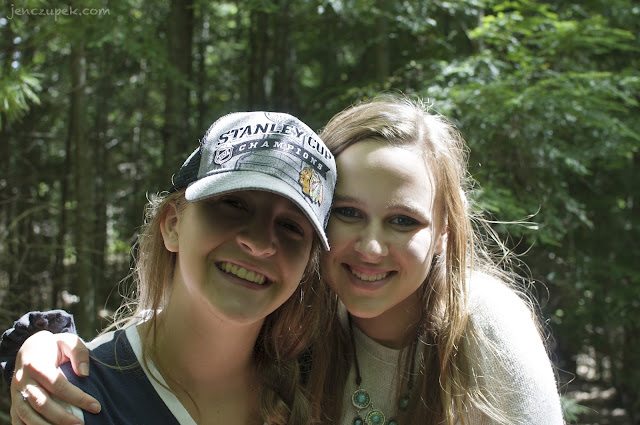 To say she was shocked and overjoyed was an understatement. Working on few hours of sleep and emotional overload from saying goodbye to so many good summertime friends, she completely lost it upon rounding the corner and seeing her friend there with open arms to swoop her up and romp around in our playground for the weekend.

Kris and Doug are laid back, chill, and ready for anything. "Wanna get up early and hike Fallison Lake Trail tomorrow morning?" I asked on Friday night.

"SURE!" they enthusiastically replied. So we were off. 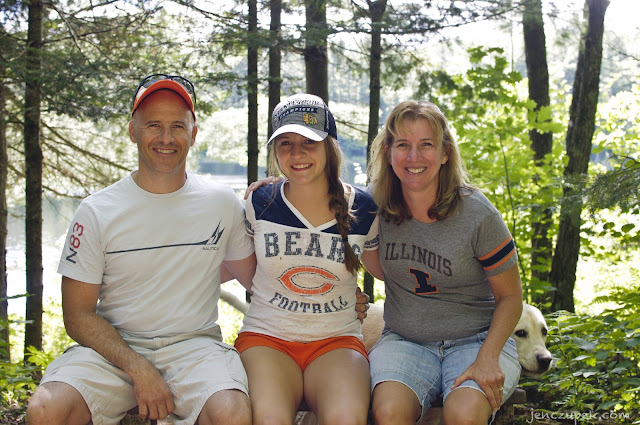 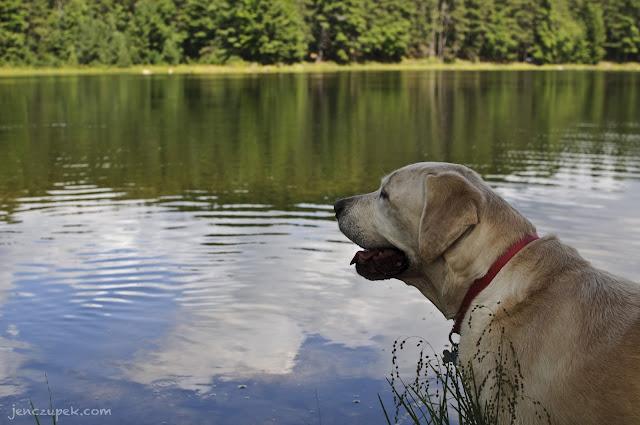 So do I. And so did our friends. 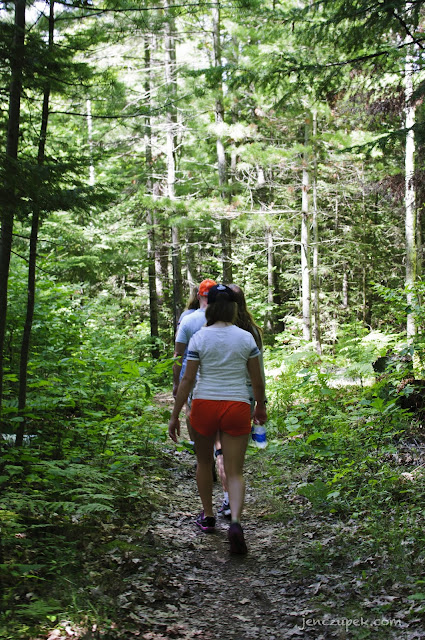 The towering pines are my favorite on this trail... 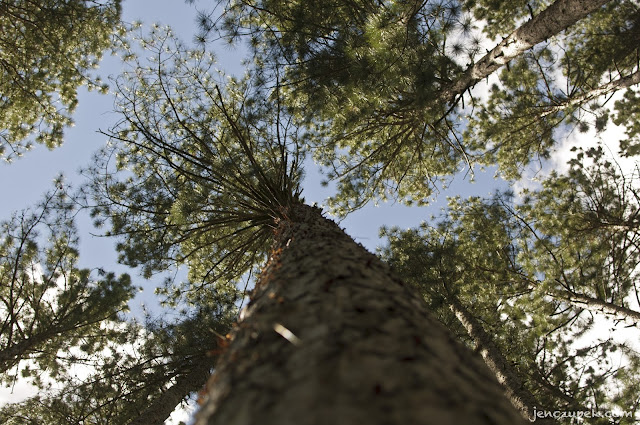 ...in addition to the constant view of the serene, peaceful lake. Look familiar, girls from girls weekends of yore? 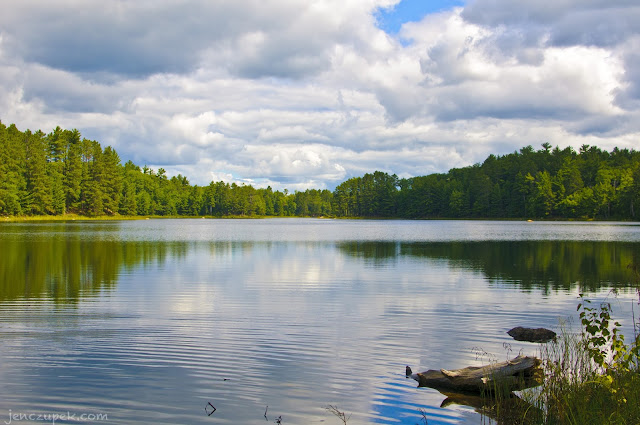 The two friends enjoyed each other's company; however, I think Taylor had to finally cut Kahley off with the camp-speak. 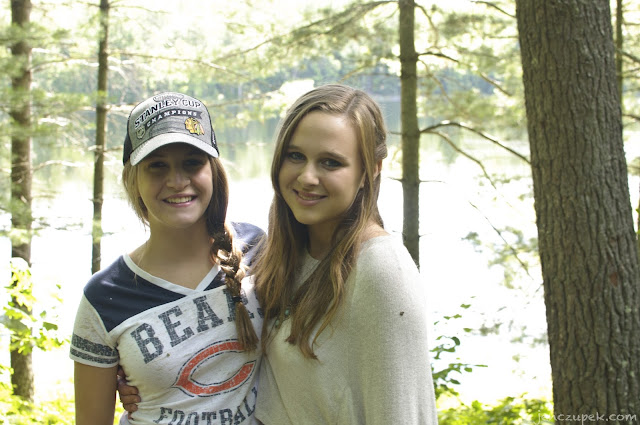 She'd had it. And didn't want to hear another word about LNIL. Or Songfest. Or Kahuna Day. Or the Gauntlet. Or the 5000 other events that are difficult to grasp if you don't experience it first hand, let alone decipher the foreign language my kids return home speaking every summer. 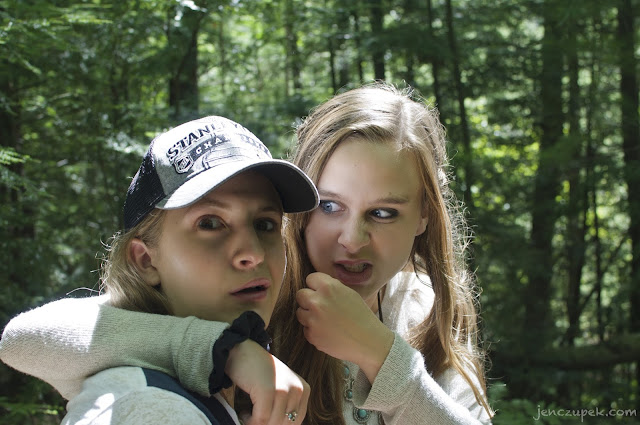 Jake sat this one out, happy to sleep in and vegetate. So did Kris and Doug's oldest child, Ryan. 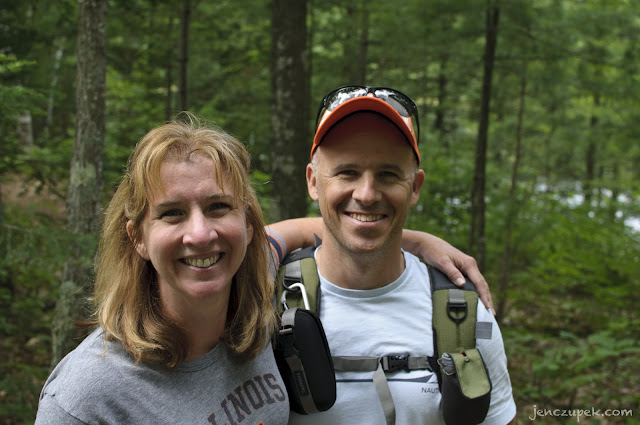 He left for college today. I don't think Kris and Doug are smiling this largely right now. In fact, I know there were tears this morning. Maybe even close to an ugly cry. I think I'll drive over tonight and give Kris a big, juicy hug. Her little Illini is going to be just fine.

We capped off the Peebles' stay with a campfire dinner, a rousing game of bags (Jake and I won!), a visit from a gorilla and a cannon shot across the lake. I whispered "Fire! Fire in the hole!" before the blast rocked all of Echo Lake. Kris immediately whipped her head at me, and shot back, incredulously. "HOW DID YOU KNOW THAT?" 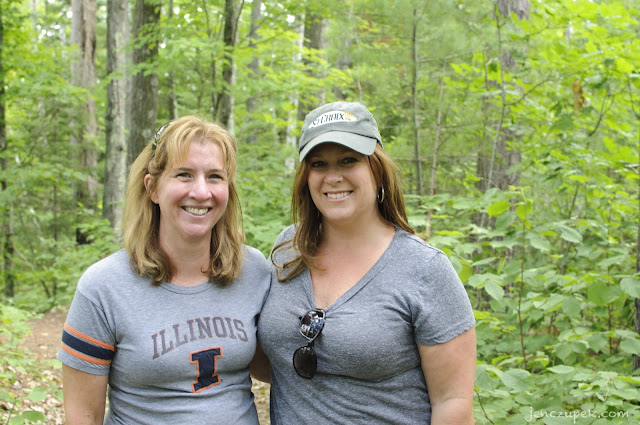 Intuition, baby. And maybe a close relationship with the cannon shooters.

Hee hee.  More to come on what quite possibly was the best summer yet. Ever since my Grandma Kahling lived on Long Lake in Northern Minnesota when I was a young girl, it's been my dream to spend an entire summer on a lake.

Enough sap. Have a great rest of the week. It's good to be back on the grid. 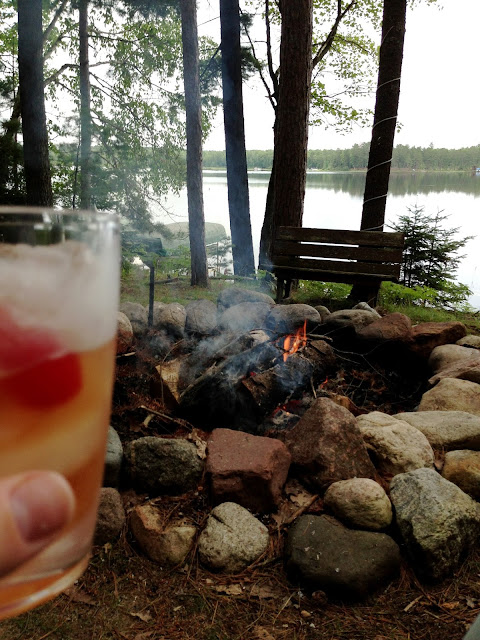 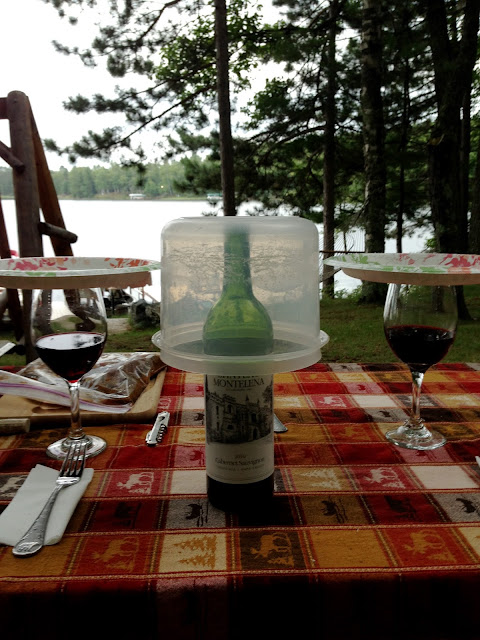 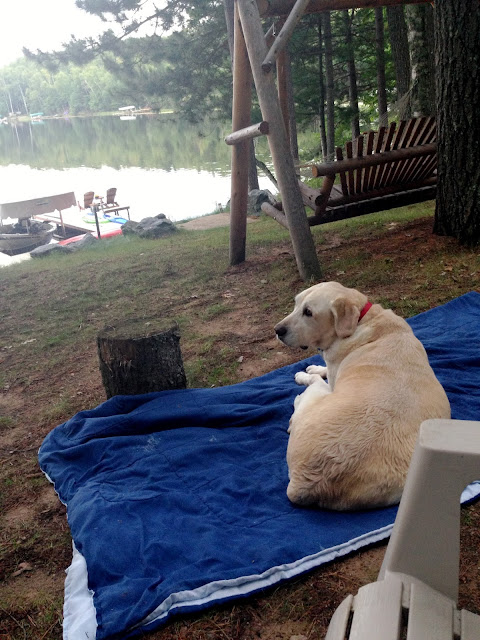 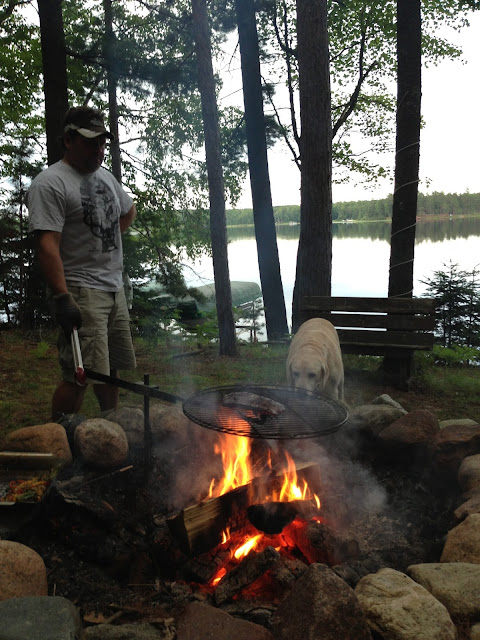 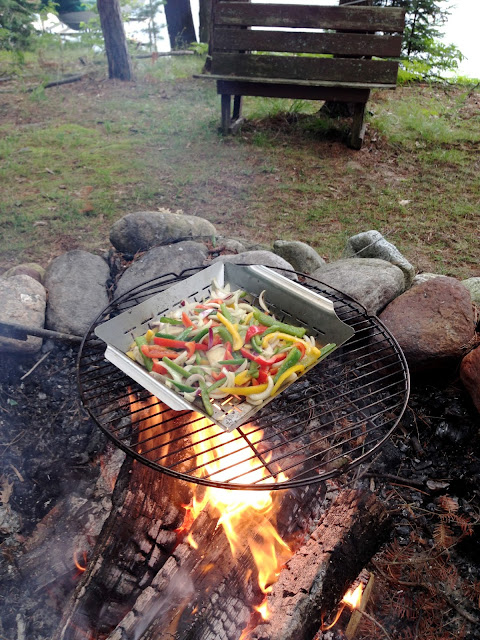 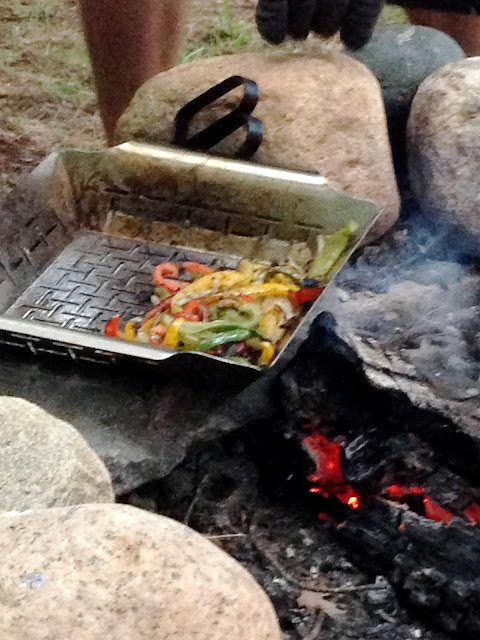 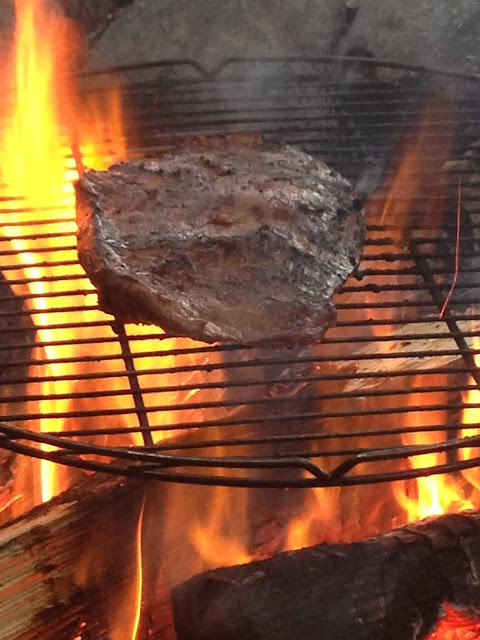 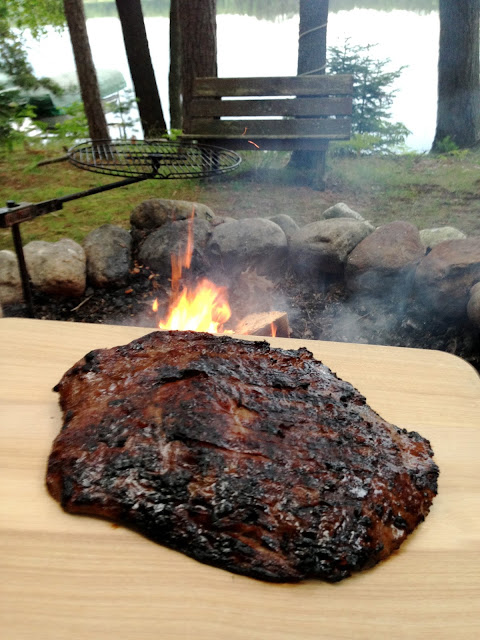 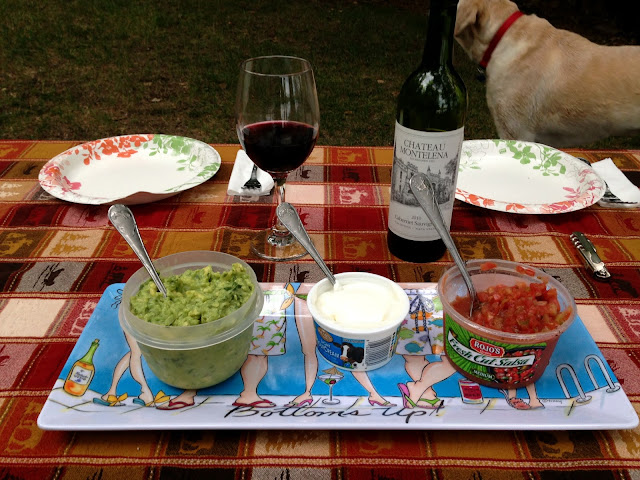 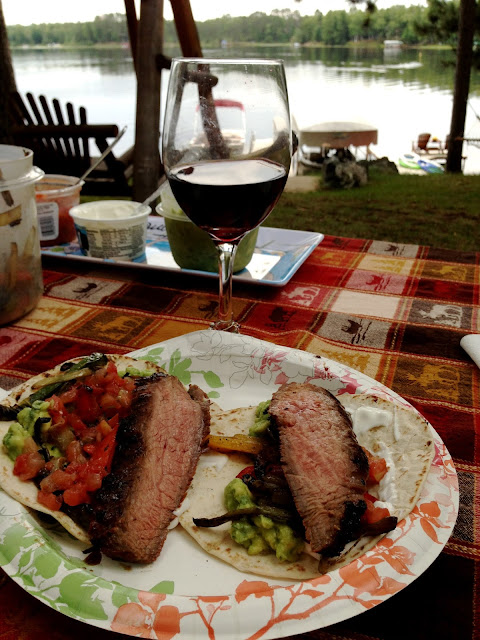 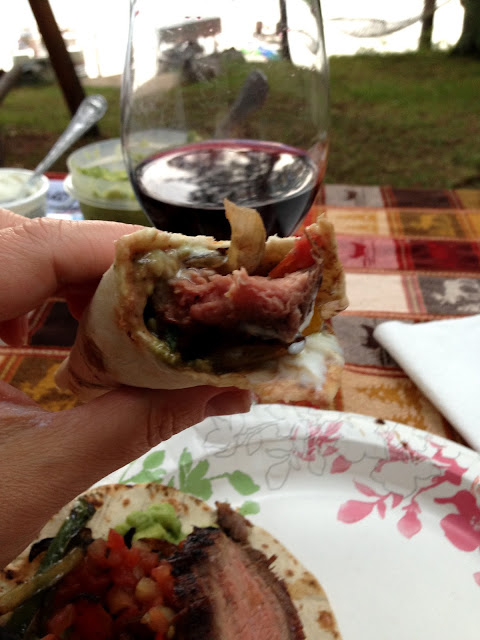