Despite my promise to show great things after the last post, I'm afraid we had a bomb of a time a couple of Fridays ago. But just like Shawn White, we can't always be winners. And we can't all have blow-it-outta-the-park Apéritif Friday creations. Sometimes, we lose.

I lost big a few weeks ago.

My plan was to showcase a fantastic molecular-designed cocktail with brilliant blue bubbles gracing a martini glass of gin and tonic. I even broke out the fancy (code: more expensive) Sapphire that my sister-in-law gave to Mr. Musky for Christmas. I enticed the kids with a chemistry experiment to lure them into our graces for the evening and spend some quality time together. One kid bought in immediately, 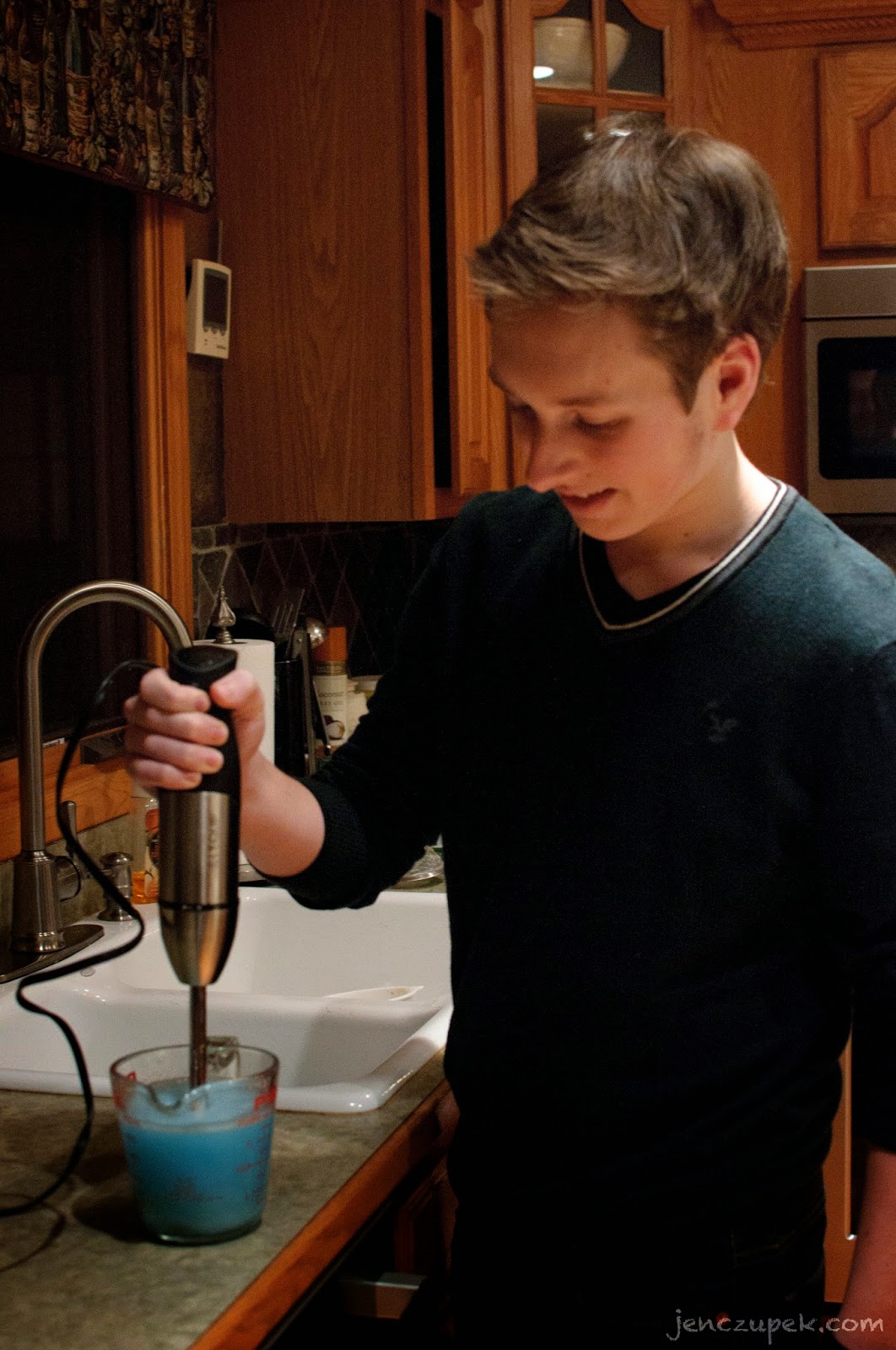 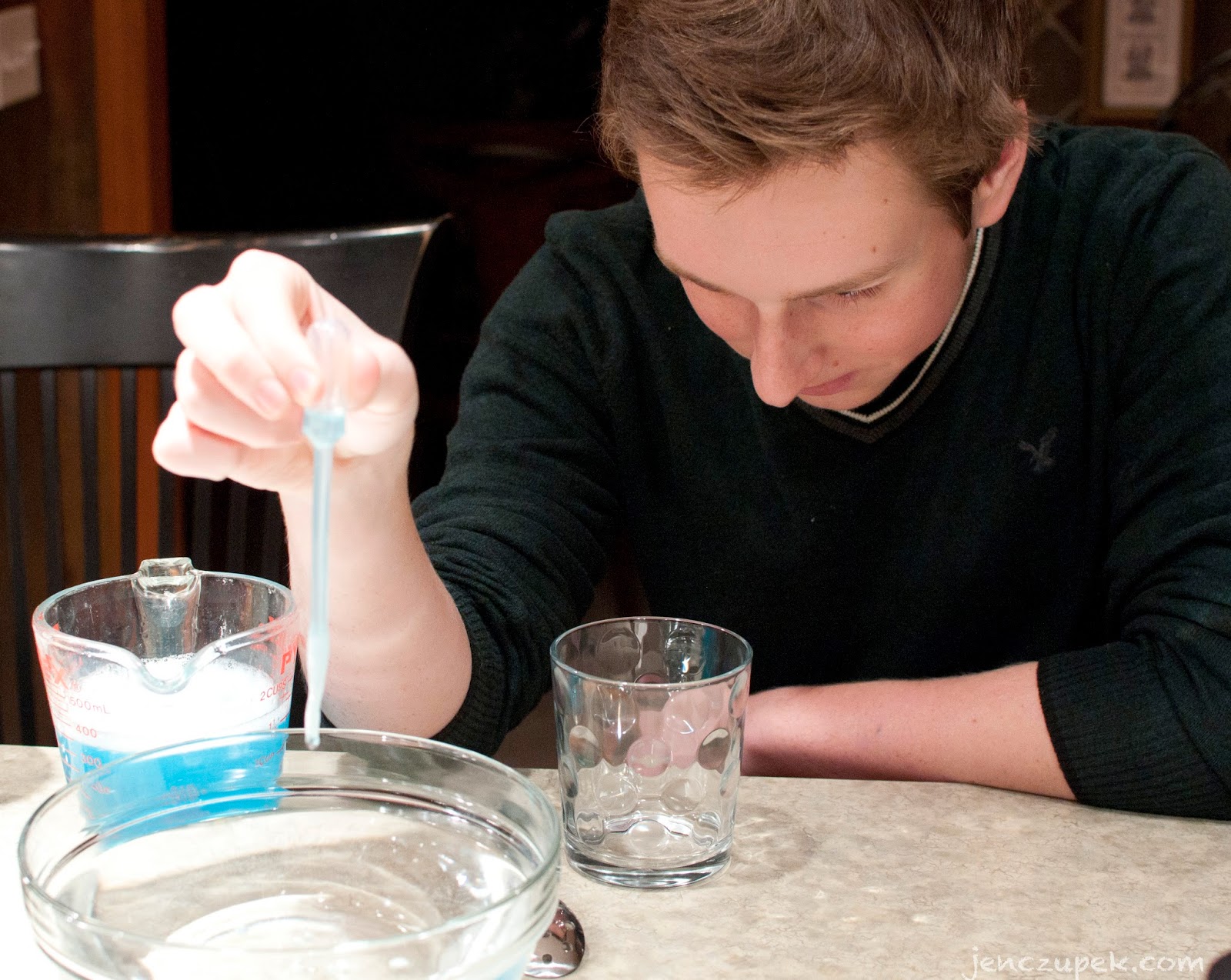 and got to work on molecularizing. Despite our efforts though, my highbrow Apéritif efforts resulted in a miserable fail. 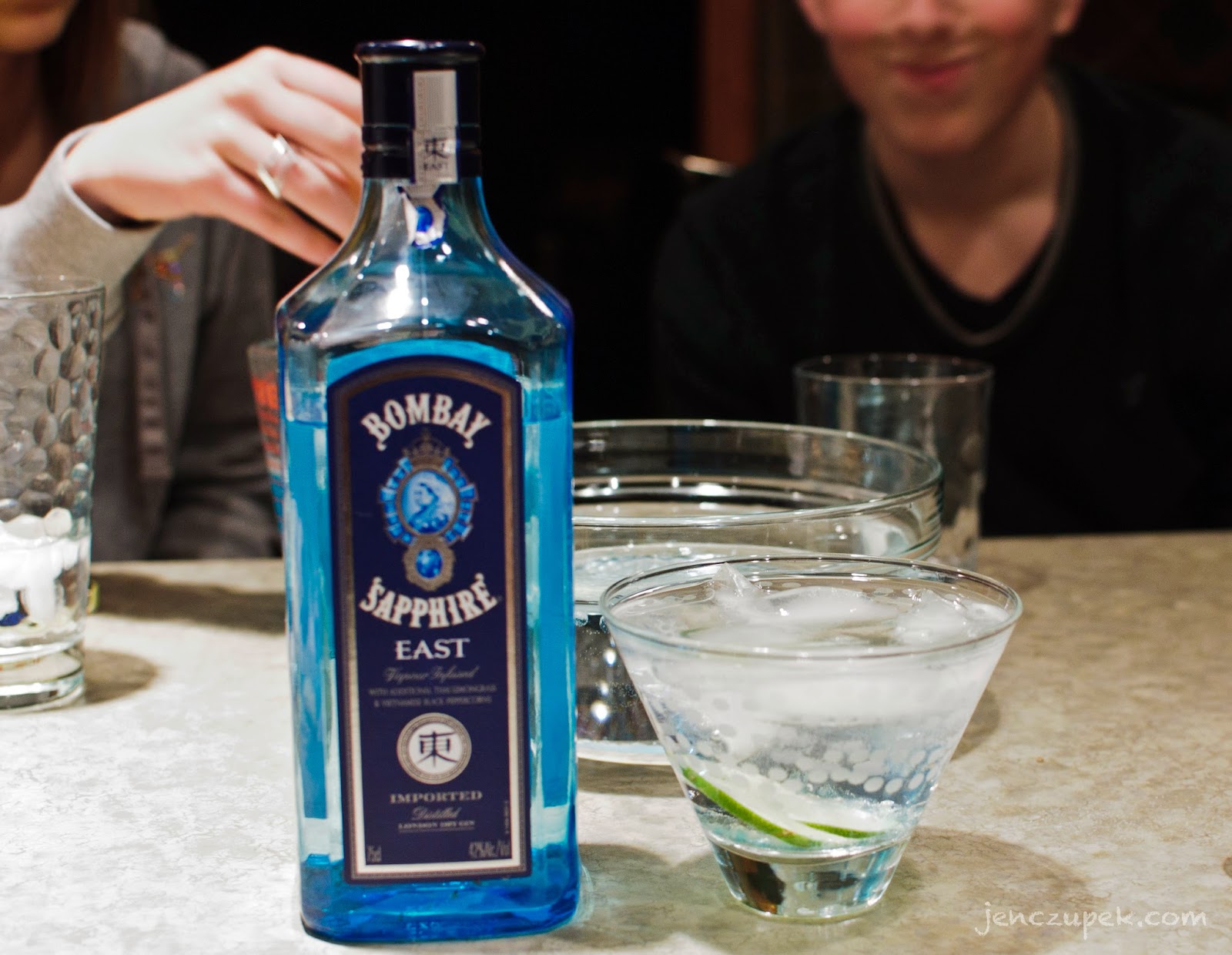 I don't know if I had bad tonic or my blue curaco wasn't blue enough, but while the little blue bubbles did form, they were very light in color and were visually underwhelming. Mr. Musky wouldn't let me drop a few into his cocktail glass as he is a purist and only mixes his gin with tap water. It's a special night if he adds a lemon twist. I, on the other hand, went for it and plopped them in. It didn't really affect the taste of the cocktail, but it also didn't do much for me visually. I was hoping for azure colored orbs to dance around my glass, but perhaps my expectations were too high.

We had a surly teenager in our midst who was present, except not really. You parents of teenagers know exactly what I mean. An inexplicable mood hits, and you're glad they are there with you but also wish that a friend would phone to swoop them up into activities much more entertaining and juvenile age-relevant. But alas, she found herself stuck with the terribly boring parents and baby brother for the evening, unwilling to engage in molecular cocktail crafting. 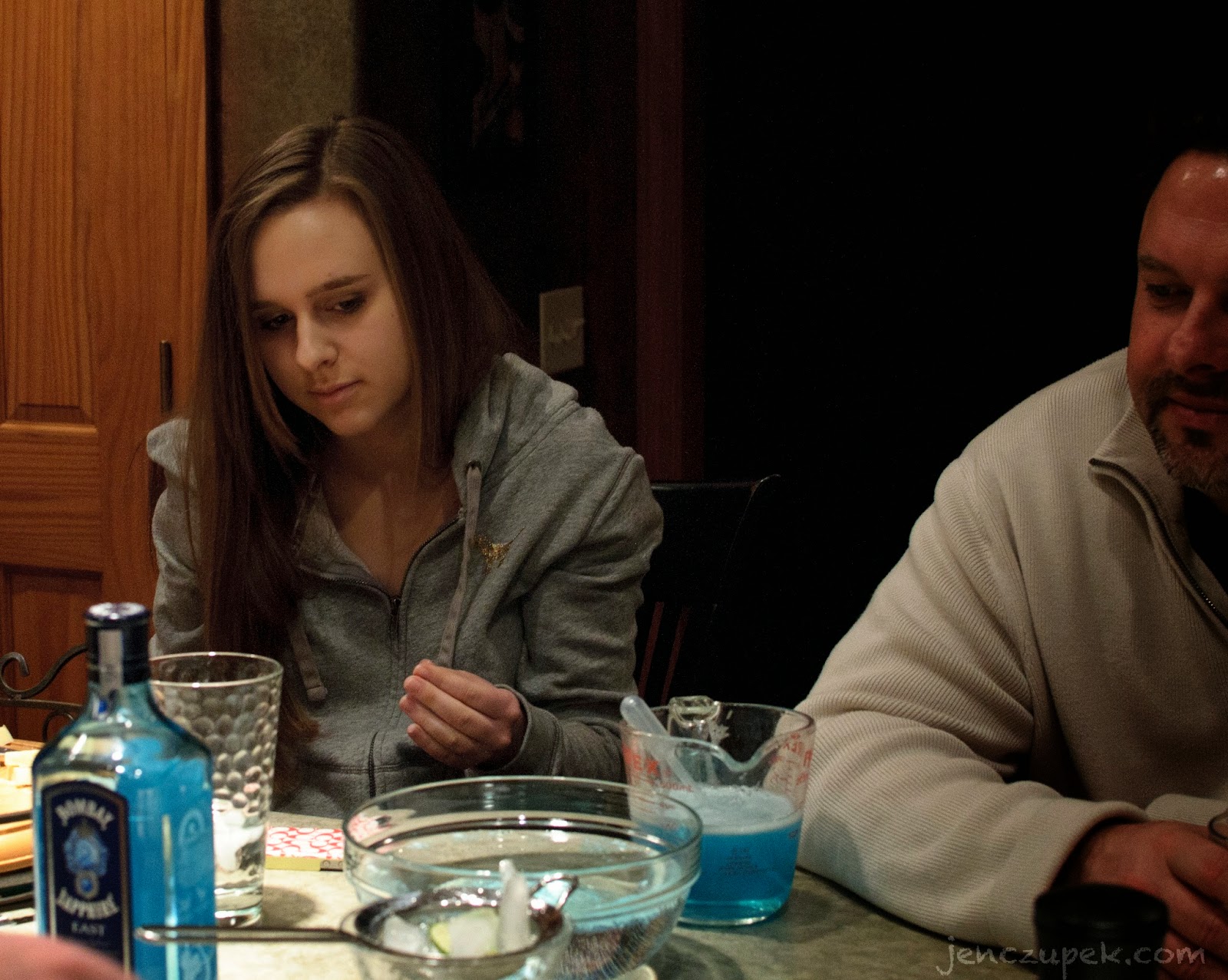 And she dove in, 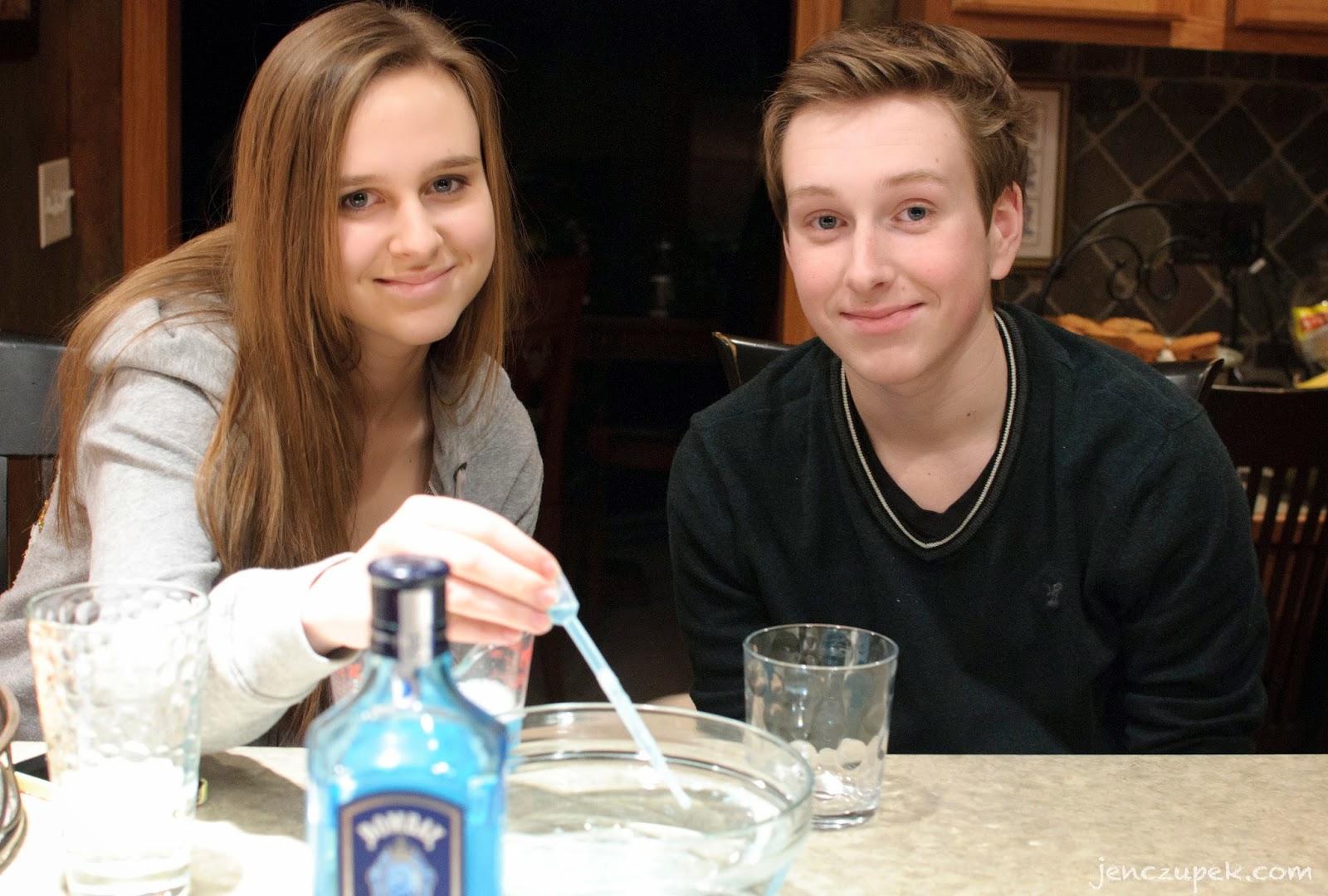 channeling the inner child who adored messy games all those years during Confirmation Mayhems. 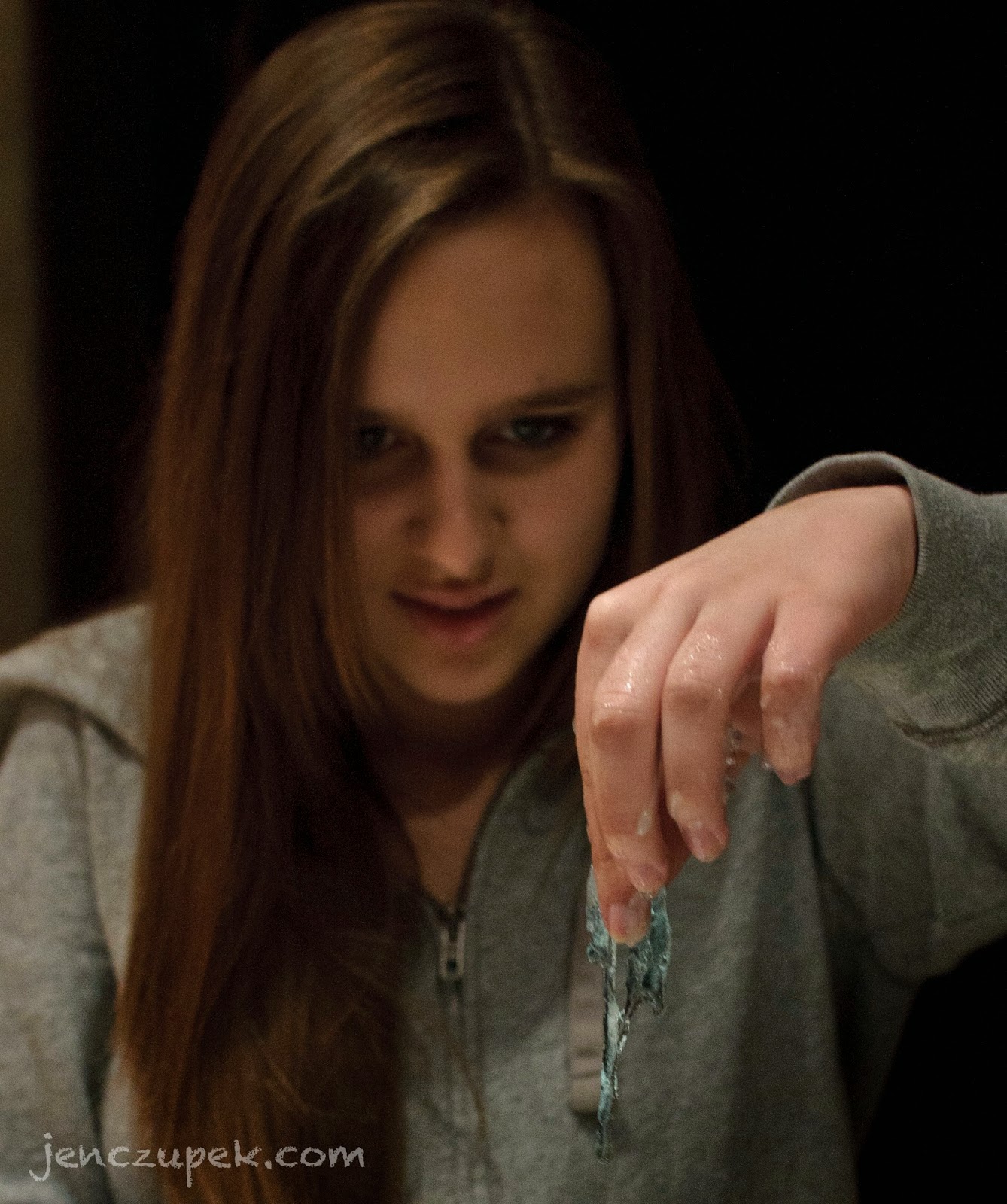 This girl would have baked mud pies all the live long day if she had grown up somewhere with an abundance water and dirt available. Instead, she called upon her inner rugrat with cocktail molecules gone wrong. 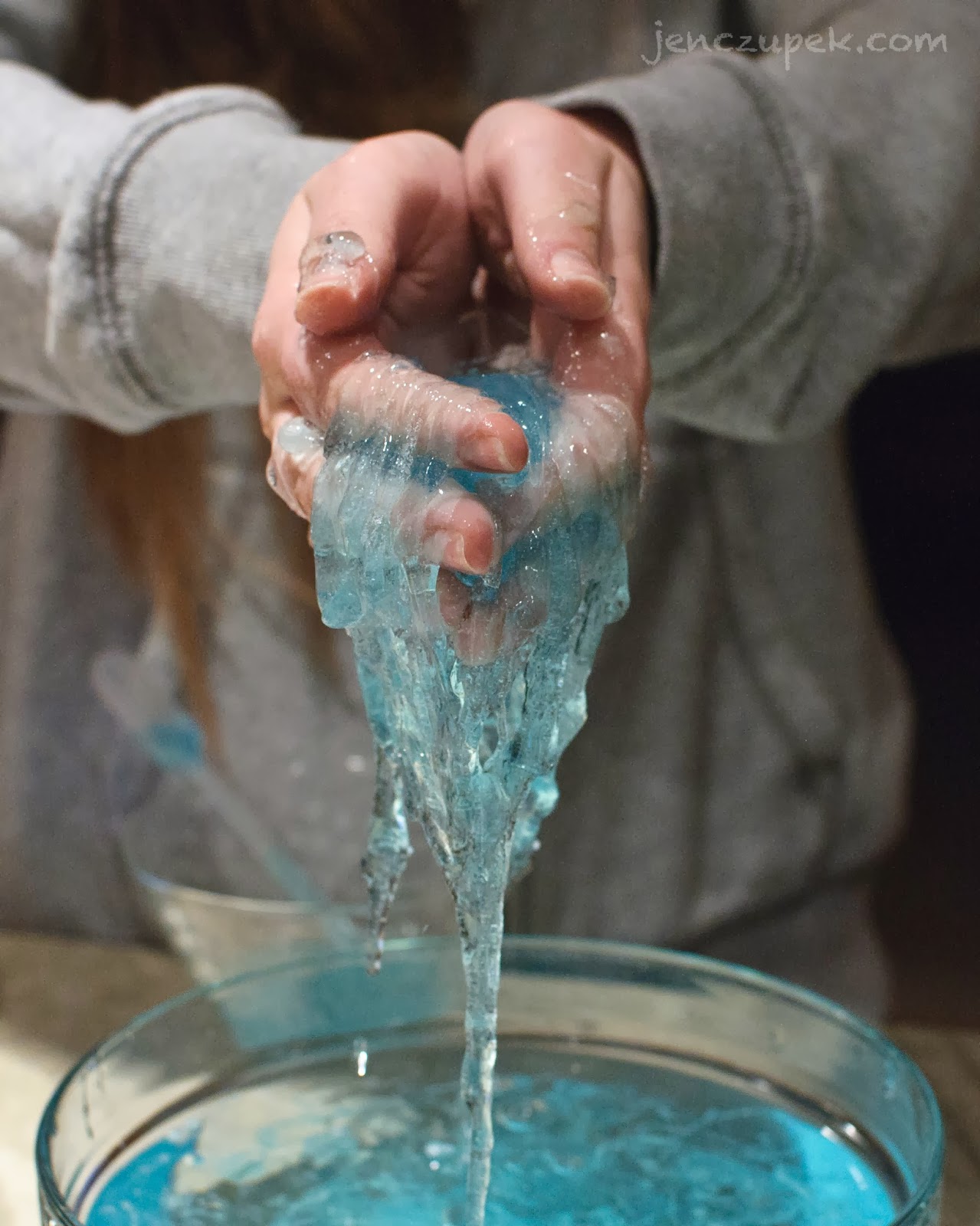 Our plan that night was to nosh on appetizers: smoked salmon, cheese, GF crackers and hard boiled eggs with bacon. I was going to show you how to make the perfect hard boiled egg, something that I rocked on New Year's Day, thanks to this informative post. 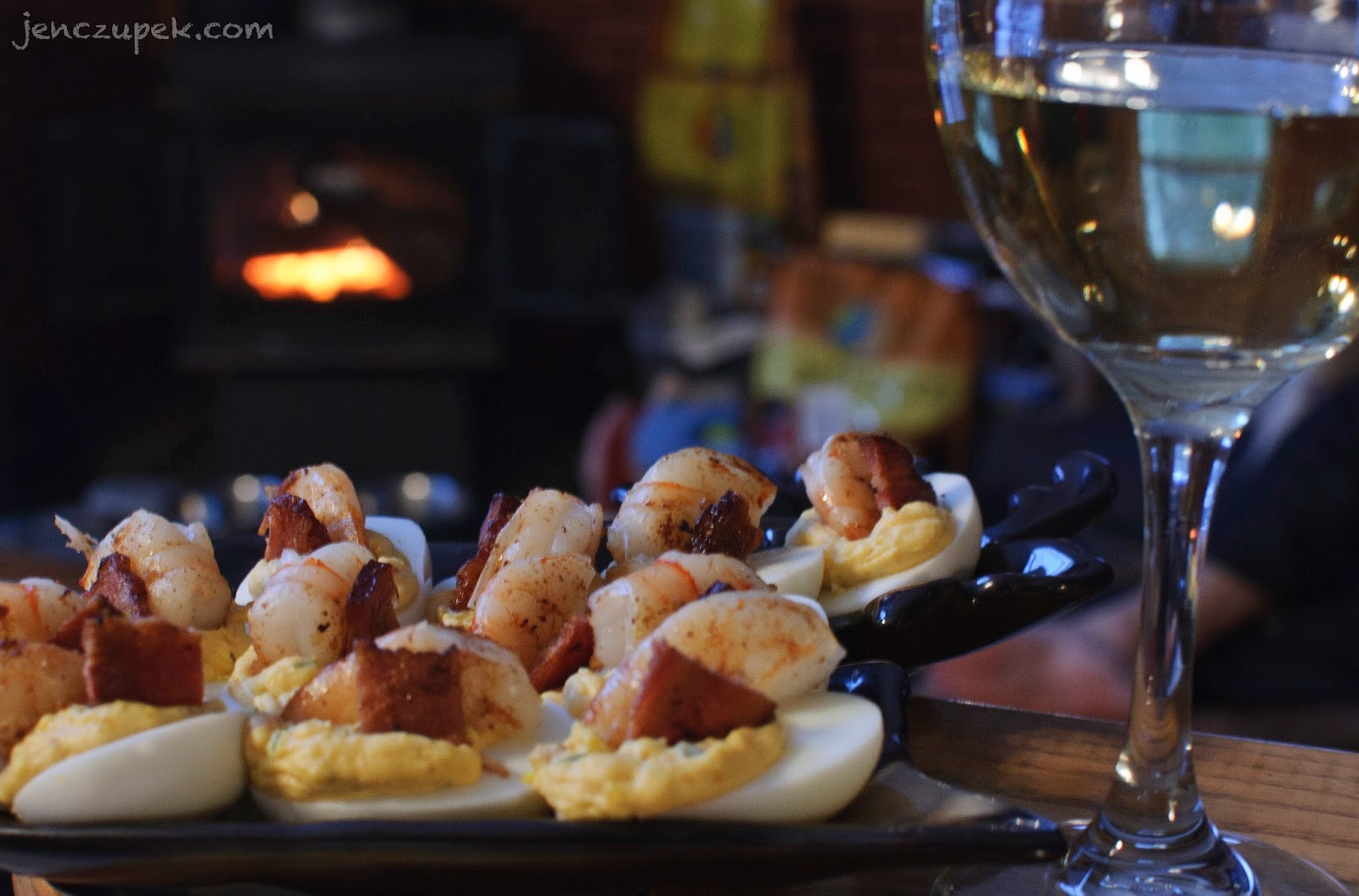 Except the meal plan bombed on me. The salmon was rotten. There's nothing worse to ruin the aroma in a kitchen and an appetite for snacking. I promptly threw it away.

The eggs were too fresh, and didn't properly peel. I ended up throwing a couple out. They looked so terrible I didn't even take pictures of the sloppily finished product. Probably because they were devoured in minutes as the peanut gallery was restless. And starving.

The others determined they were still hungry, so they popped some Pizza Rolls into the oven and called it dinner. We played a rousing game of Pictionary, then some game on the iPhone that resembles charades, then the actual traditional game of charades. All terribly exciting for a painfully boring Friday night in January.

The next day dawned with six inches of fresh snow. While I love me some snow up North, it's a colossal pain in the arse in Chicago. Too many cars, too many idiotic drivers, it messes up Mr. Musky's business, which results in a crabby husband, ultimately resulting in a crabby me. We ended up canceling dinner plans with some friends that night, and cabin fever officially invaded my psyche and inspired me to whip up some comfort food. I wanted something reminiscent of Shepard's Pie... 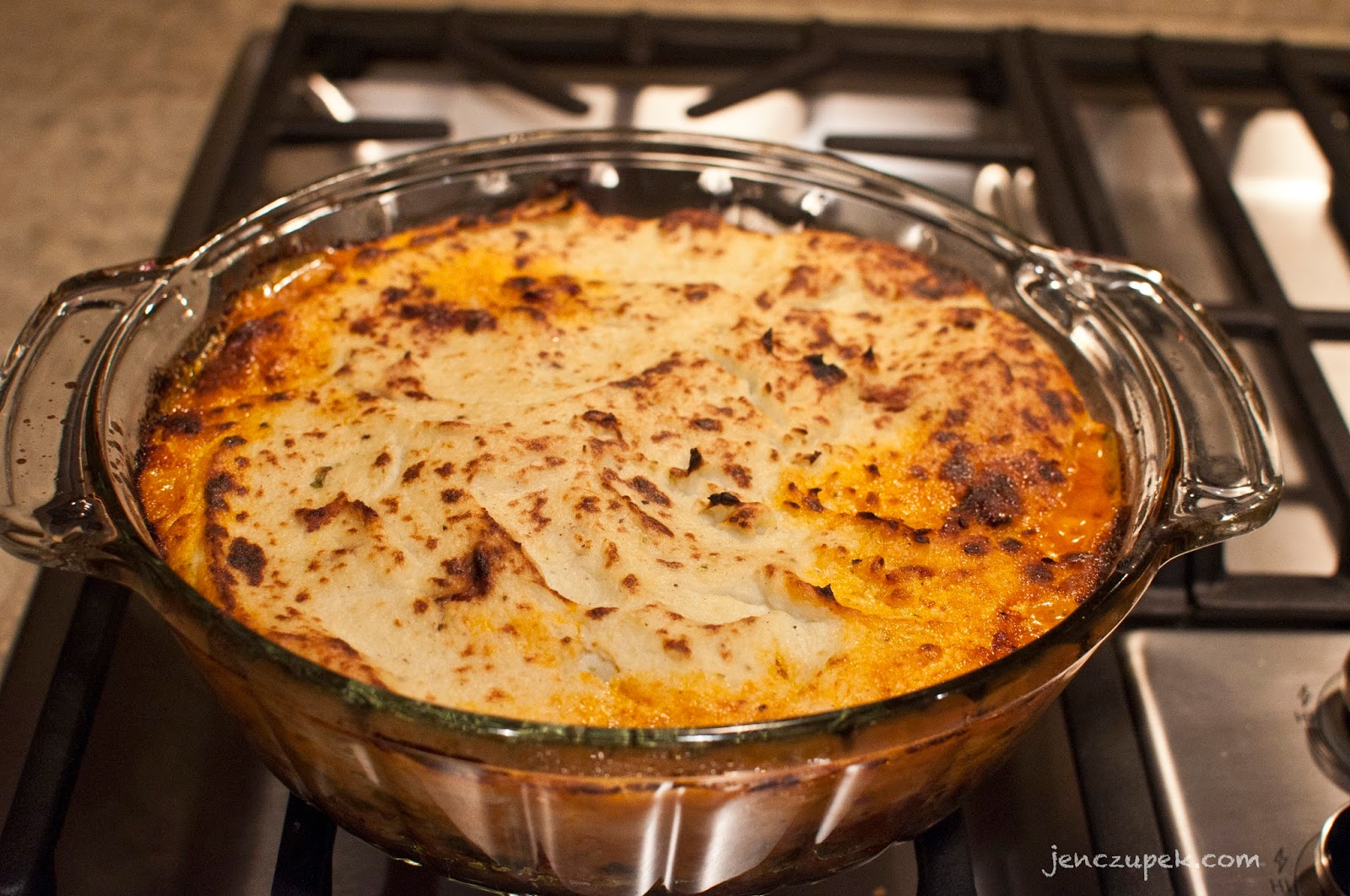 ...and I desperately needed to redeem myself in the kitchen to account for such an epic, miserable failure the night before. I realized I was onto something awesome midway through preparing this meal, so I don't have as many pictures as I usually take. But if you are looking for a hearty, casserole-like vat of comfort-food, try this dish. It was awesome, and Paleo in every way. Here's what you do to make what I'm calling...

...Redemption Pie. Garsh I'm such a dork. Gather the ingredients:

Brown the ground meats in the reserved bacon fat until cooked through and crumbly. Add the vegetables and cook on med-low until softened. Pour in the chicken stock and simmer until reduced. Add the tomato paste and stir to combine. Add the garlic, Coconut Aminos, allspice and herbs. Stir to combine, and add salt and pepper to taste.

While the meat mixture simmers, steam the cauliflower until soft. Drain it, dump it into the bowl of a food processor, and puree. Add the butter or ghee, cream or coconut milk, salt and pepper to taste, and truffle oil and blend to incorporate. Give it a taste and roll your eyes in the back of your head.

Spray a 9x13 inch baking dish with nonstick spray - I love coconut spray. I used a deep dish pie plate because I only had one head of cauliflower (and therefore used half the butter, heavy cream and oil), so I also only used about half of the meat mixture. Spread the meat in the dish, top with the grated cheese, chop the bacon and layer it on the cheese, then frost the top with the mashed cauliflower. Bake in a 400 degree oven for 20 minutes, then broil to slightly brown the top. Keep an eye on it - it'll burn quickly.

Our Apéritif on redemption night? 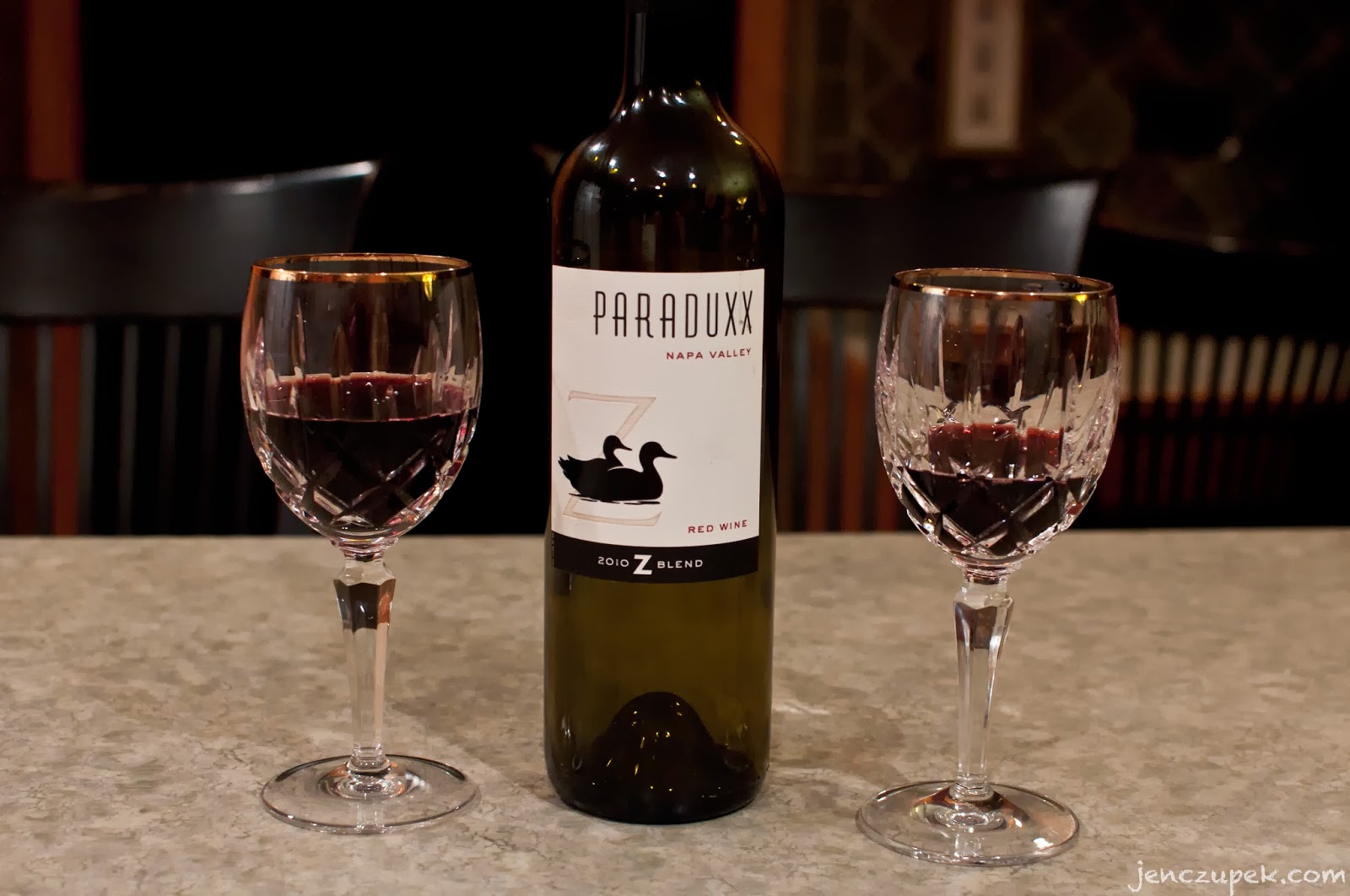 A favorite wine. Something guaranteed to taste good with the meal, and a cocktail I couldn't screw up. 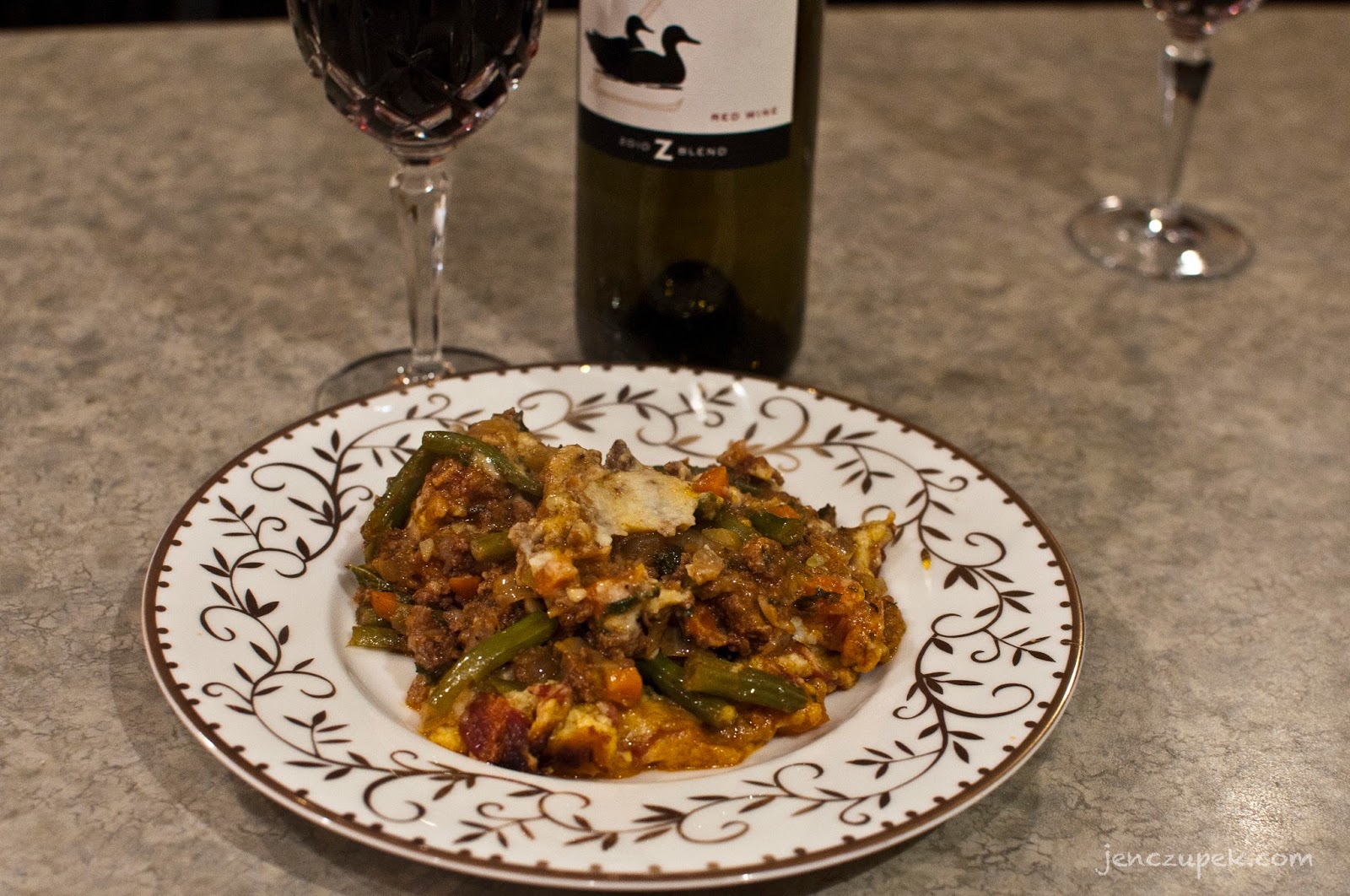 I slowed down and truly savored this meal. So did Mr. Musky. The flavors were complex, fully integrated, and the overall taste reminded me of my Luscious Lasagna, but this is waaaaay healthier. The richness of the cheese and truffle oil, not to mention the bacon, put this over the top. We loved the mashed cauliflower versus the traditional mashed potatoes that adorn Shepard's Pie, as it was lighter in texture and didn't lay like a rock in the gut. This, my friends, is on the new rotation in the Czupek household. It's stellar.

Jake thought so too. When I came upstairs later to clean up, the entire pie pan was gone. All of it. Homeboy went to town!

Tonight we'll be cooking up some surf and turf decadence for my sweets, and I'm close to perfecting a new Apéritif that I can't wait to share with you, inspired by a friend in Florida. Maybe we'll even get crazy and eat in the dining room while we chat each other up about the California Dreamin' we've all been doing. 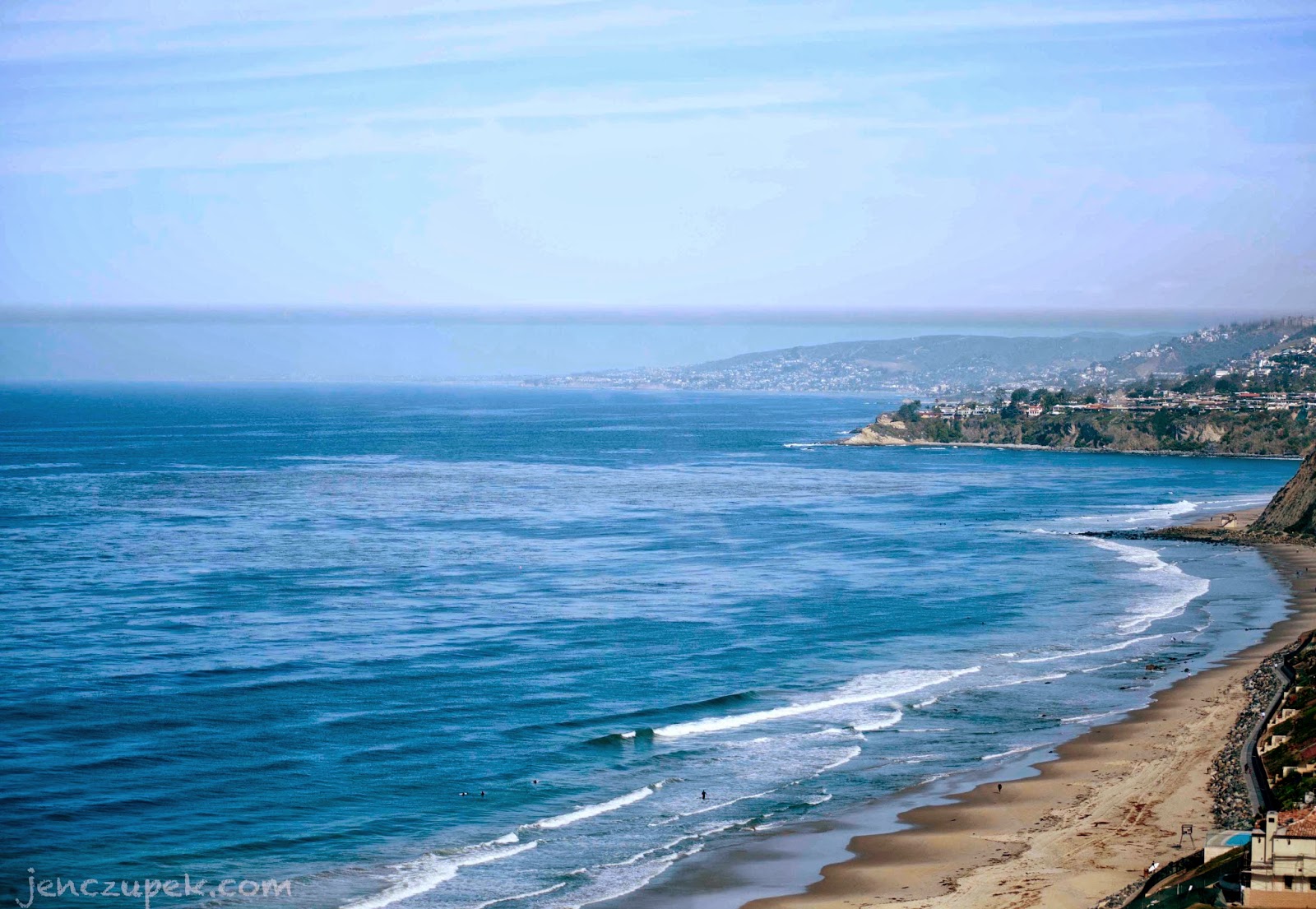