Happy Friday! I just got back from a run. Yes, I said a run. As in, put one foot in front of the other, repeat. I am still alive, my heel (plantar fasciitis) doesn't hurt (yet), and I may even be feeling what those who do this often refer to as endorphins.

I actually feel pretty good. And I won't even kill it with lunch - there's salmon and a sweet potato in the oven as we speak.

I've got a TON to say about the most recent girls weekend at the cabin. I find that with each passing romp in the woods, I get a bit more philosophical and grateful to have such unique and amazing women in my life. Girlfriends are the bomb, one can never have too many, and I have a blast with mine, both new and old to my little woodland social experiment, as this newbie so eloquently called it.
We laughed until our abs ached and our bladders constantly approached the danger zone. More to come on that in a post early next week.

In other news, we recently took the plunge and bought a quarter of a cow. 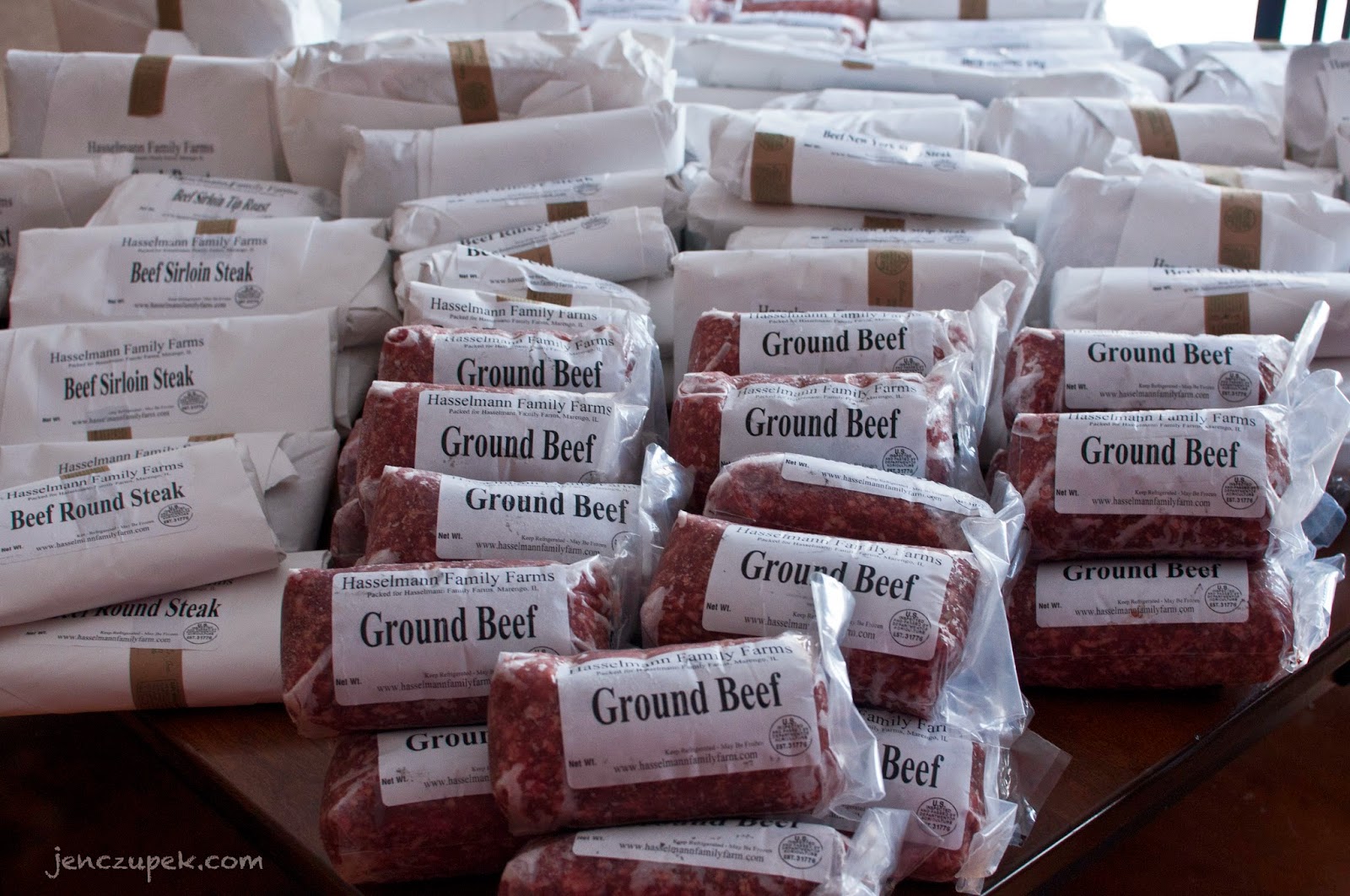 And half a pig. 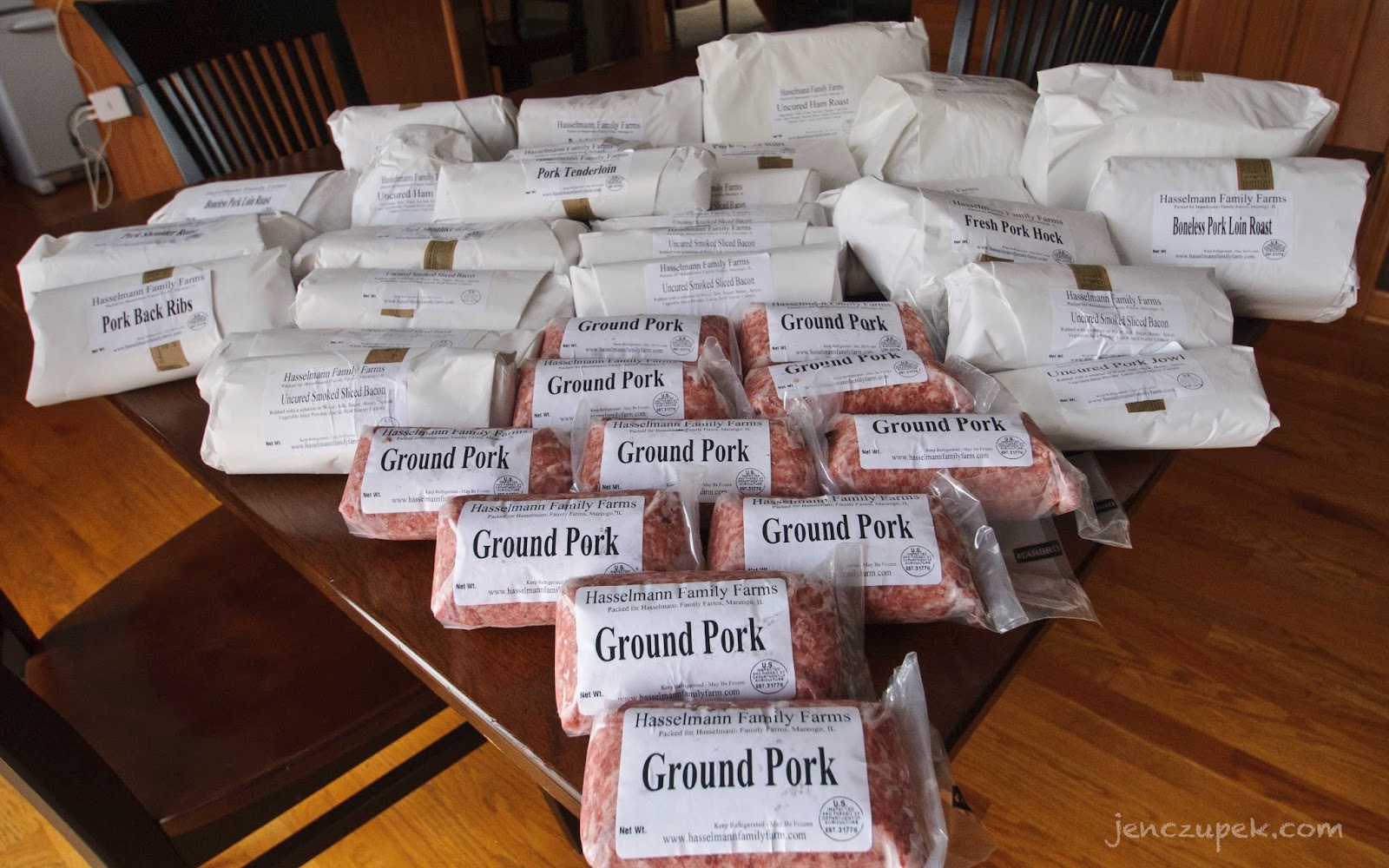 This cut will be in my mother's birthday goodie bag. 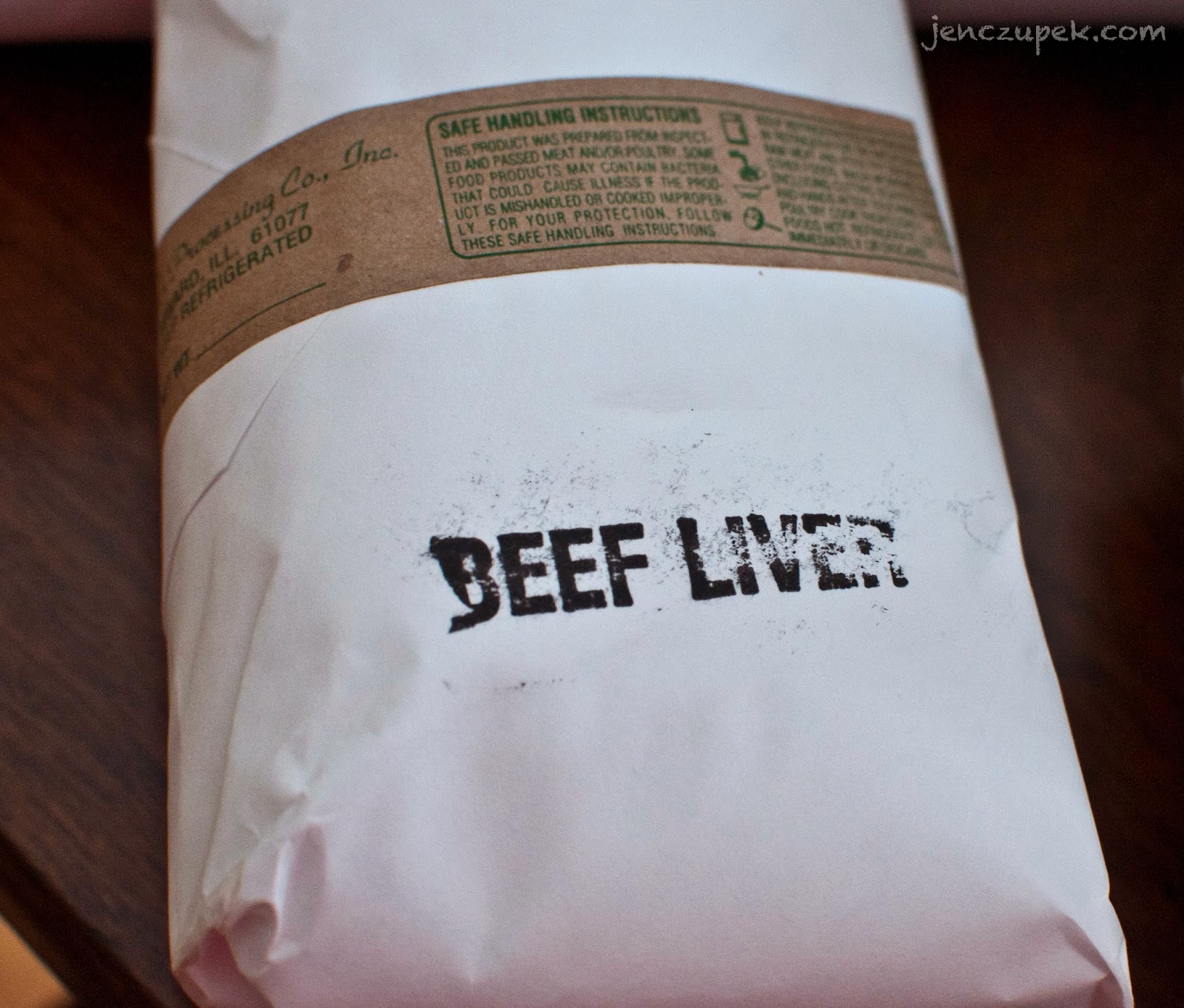 She's on her way here, and has no idea that her birthday present includes organ meat. As a consolation prize, I also got her the first three seasons of Downton Abbey, some daffodils, and we're making her some pasta with crab and shrimp tonight. Hopefully the rest of her gift will make up for a hunk of meat responsible for detoxifying a cow.

So far, it's all just OK. Which isn't saying much considering the money we had to shell out for this volume of meat. It's good - don't get me wrong - and I've enjoyed figuring out what in the heck to do with things like... 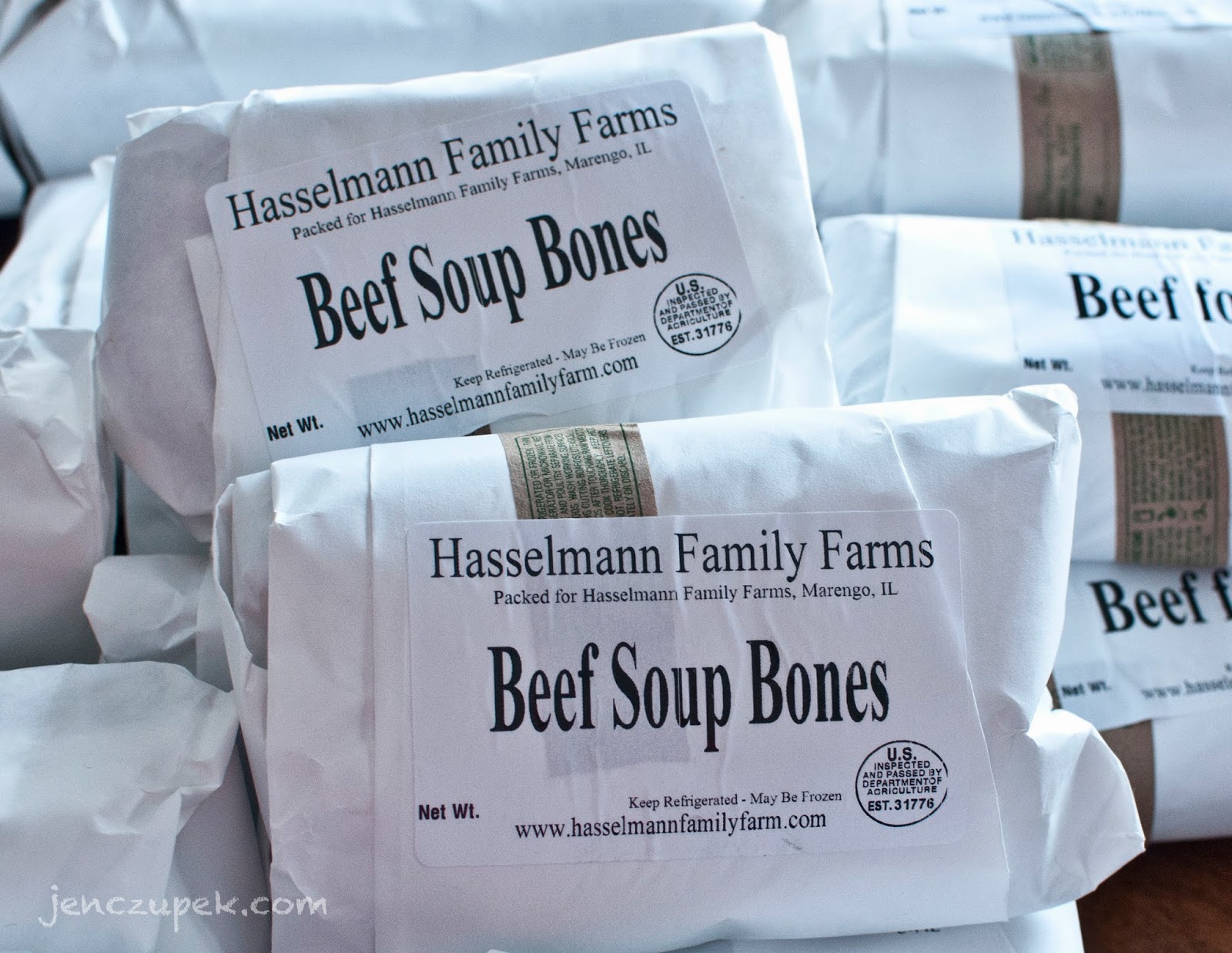 Although the taste of the meat is great and we feel good about consuming locally grown grass fed animals, both Mr. Musky and I would rather select our cuts versus being required to use what we've got here. 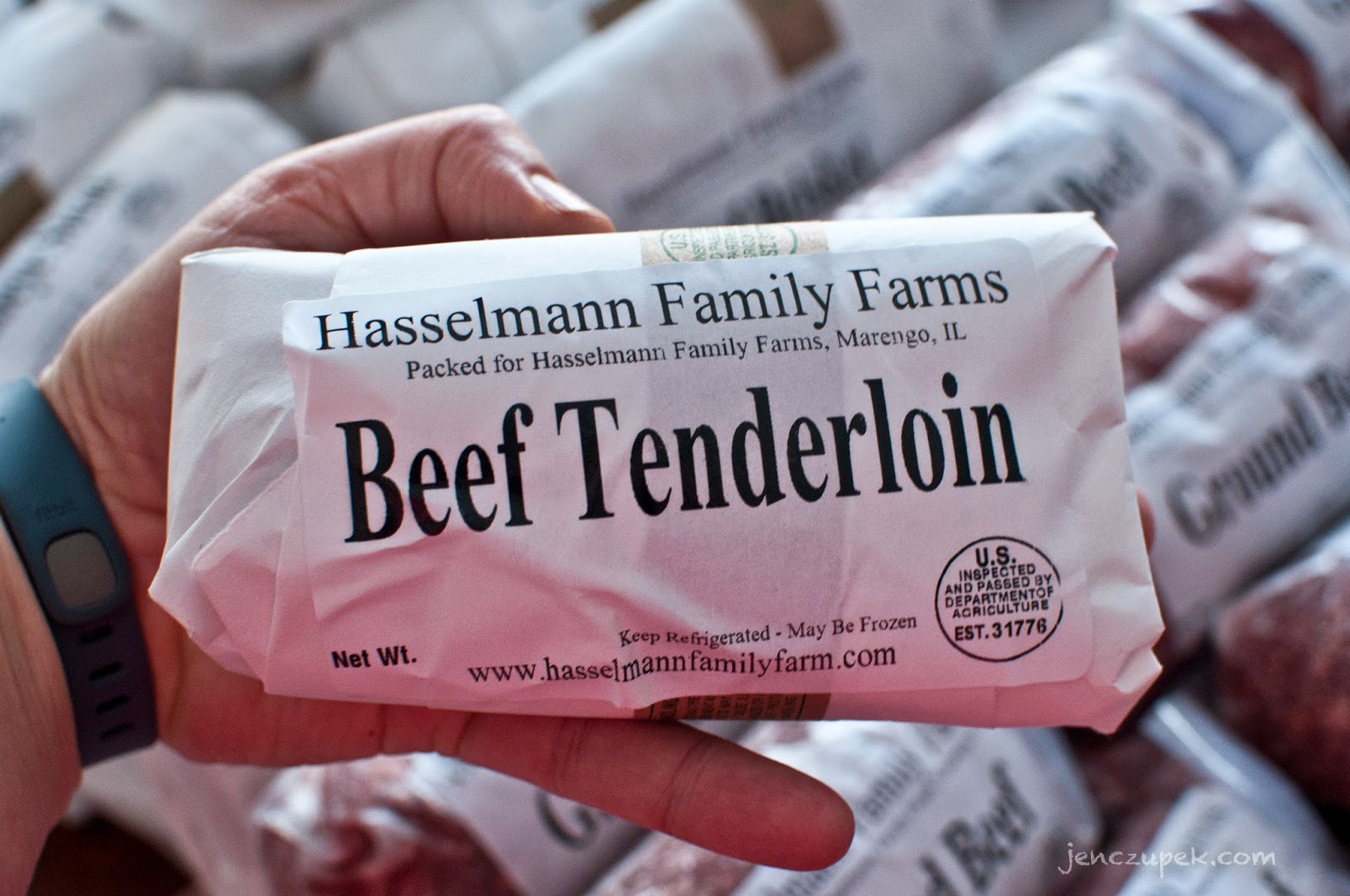 I mean, come on. This is a tenderloin? It's a baby snack! 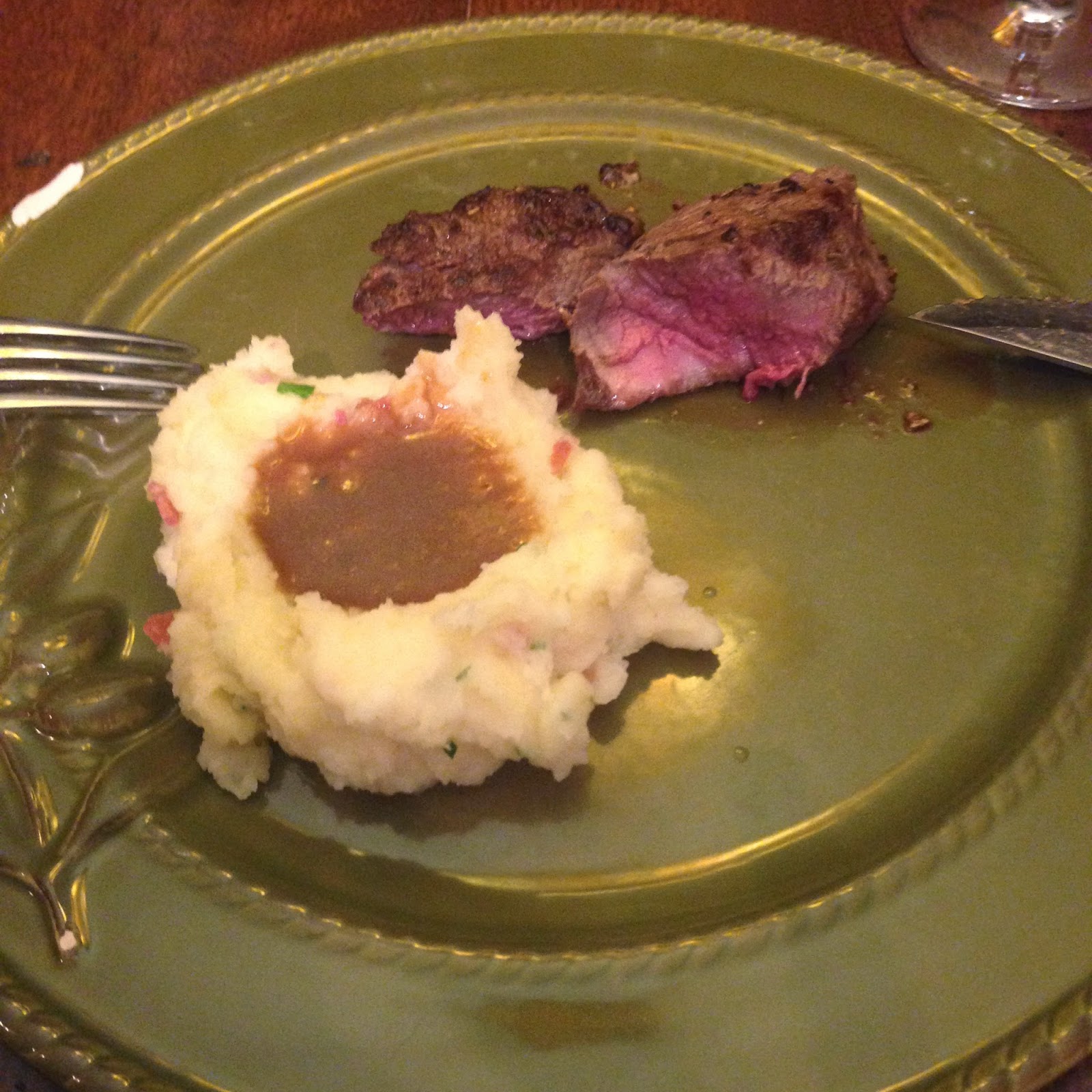 But it's wee stature didn't stop me from enjoying it one night with some mashed taters and gravy. And yes - this is the actual size, once cooked. I didn't devour half of it, and then take the picture, I merely cut it in half to ensure it was done to my liking (perfect, Mr. Musky. Thank you.). It was literally two big bites. While the taste was indeed delicious, a four ounce filet does not a happy Momma make. I require at least eight ounces if I'm going to indulge, darn it. I know, I know...I could just make two of these. And it makes us realize how much grass fed, locally grown animals really are nothing at all like the mass slaughtered animals on feed lots in Kansas pumped with all sorts of nastiness that likely end up in our supermarkets. Blech. So while our meh attitude is not very sustainable-friendly, I suspect that our future meat-buying behavior will morph into a combination of things we like and have learned. We will finish out this batch of meat, but moving forward we will probably buy most of our meat from an even more local farm located in Oswego - Three Maples Farm - where we can buy the volume of 1/4 of beef but in whatever cuts we want. We will focus on items like brisket, flank steak, skirt steak, a few roasts, a bit o stew meat, but probably not ribeyes or filets. For those, we will still visit a local butcher so we can pick out the size and amount we want and have it cut to order.

I concede. We are greedy and spoiled when it comes to a good steak. I have no shame.

In terms of pork, we will do the same. Unless we're looking for a ham, in which case we will go to Undesser Turkey Farm in Bristol and pre-order hams at Thanksgiving and Christmastime. We had their ham last holiday season, and I simply cannot gush enough about how over the top good it tasted. It was the juciest, most flavorful ham I've ever had in my life. And for those of you who have an aversion to swine thanks to college days, I get you. But give it another try. Don't be like us and wait 20 years. There are lots of really bad hams served in college dorms, but there are some great ones available at local farms. Check it out.

I'm blathering. But I didn't want to miss posting something today, despite not having a bunch of pictures and cocktails to share with a story to accompany it. Instead, I'll leave you with a recipe for Guiness Beef Stew, which is a fantastic substitution for Corned Beef on St. Patrick's Day if you're just not into that. The recipe is included at the end of this post.

And as for a fave apéritif? Try this puppy on for size. 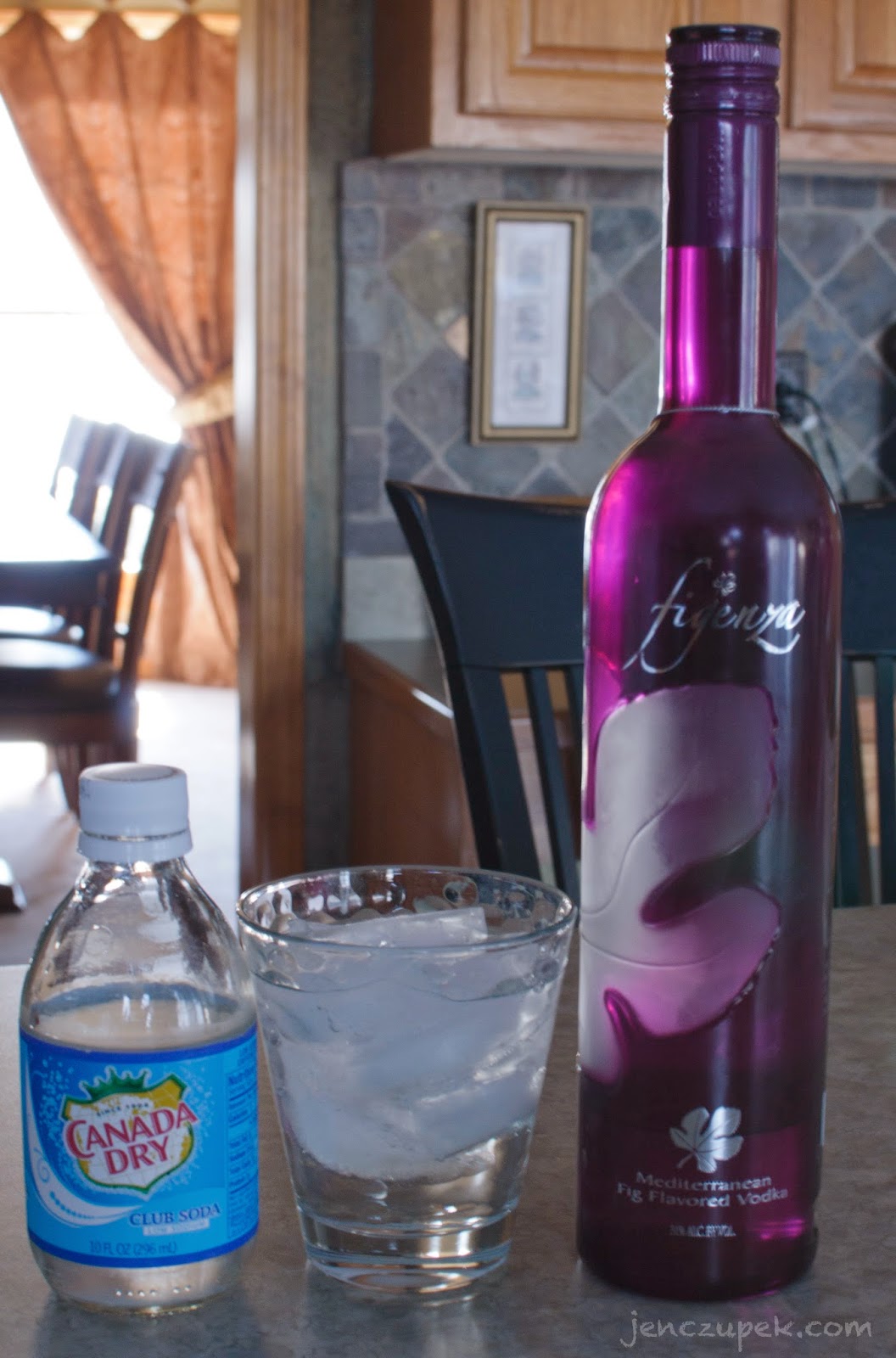 If you can find it, buy Figenza vodka. I like to say Fiiiiiigennnnnnza, to channel my inner Italian and all. Europeans would surely kick me out. Binny's sells it locally, and if you ask, your local liquor store will probably order it for you if they don't carry it. Three of my girls enjoyed it with me last weekend on a walk down my street. Keep in mind...this was after bloody marys, a couple of bottles of wine and before our final two contestants arrived. Nonetheless, they all raved that Figeeeeennnnnza with club soda is refreshing, light and mighty tasty, thanks to the unique taste of sparkly fig dancing on their tastebuds. 2oz Figenza to 3-4 oz club soda. Combine and gulp. 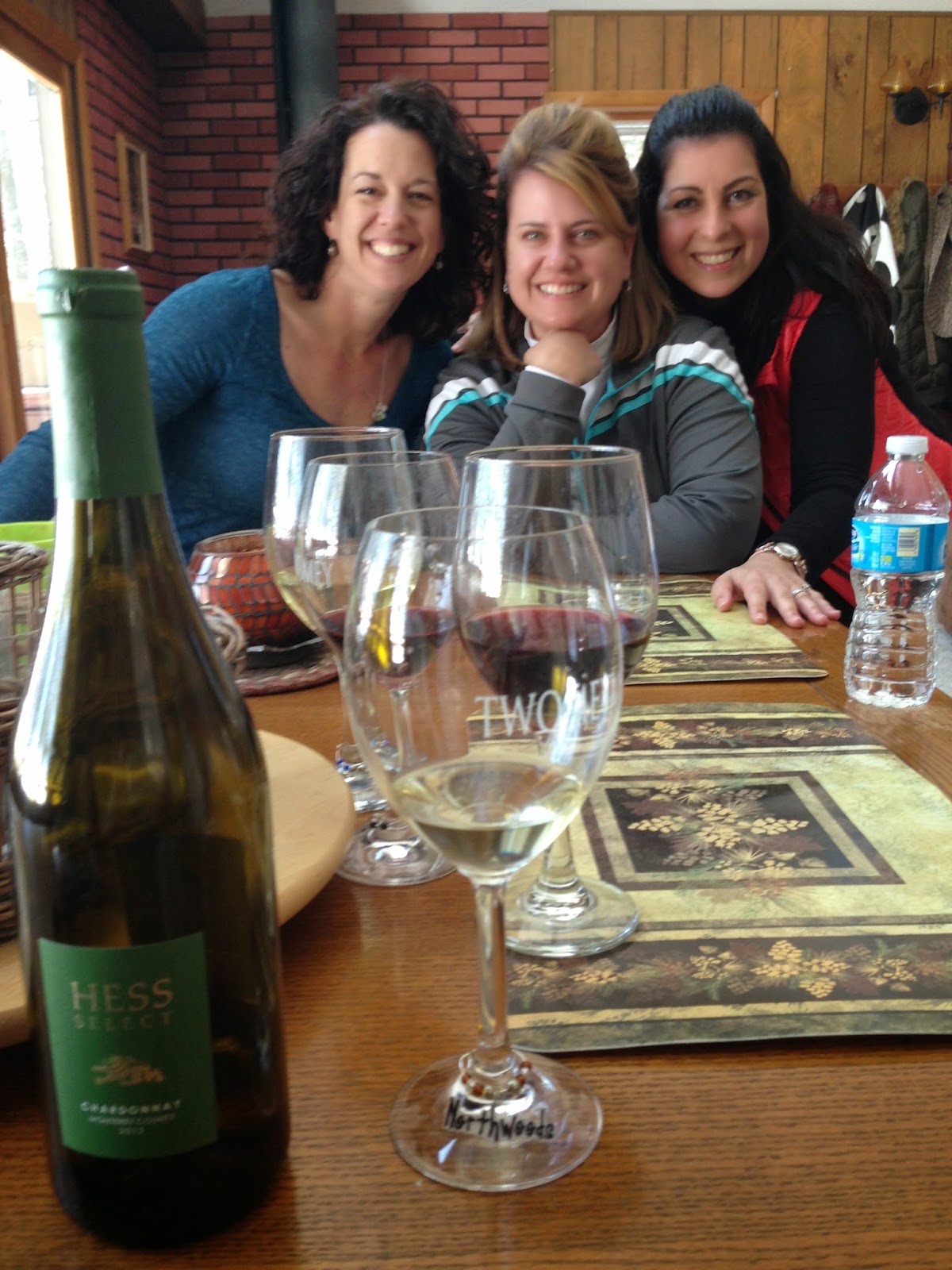 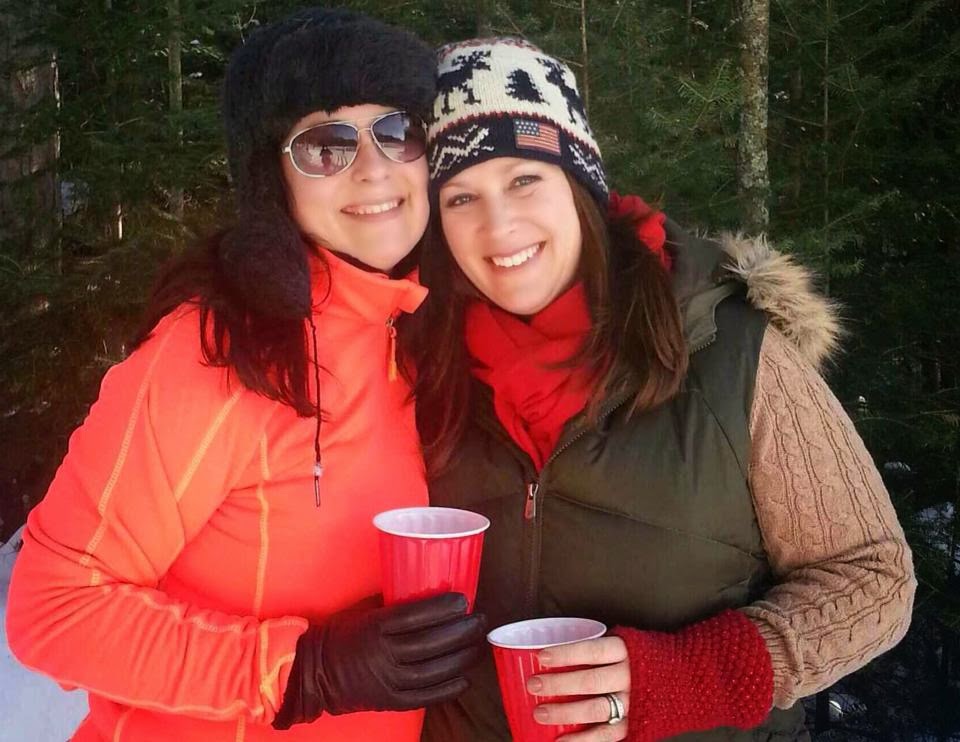 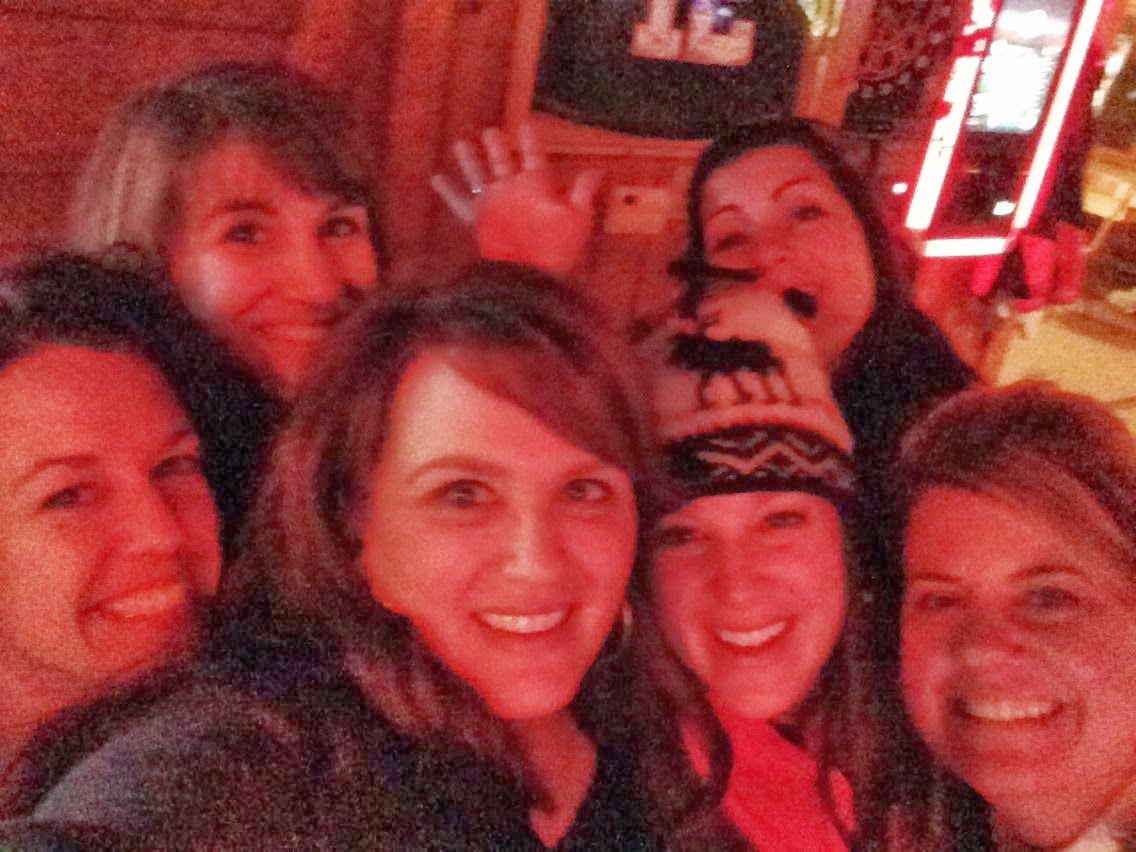 Our vision got blurry as the night rolled on. Or maybe it was just dark in the bar for one of a zillion selfies we took? Maybe both. Good times.

However...I DO NOT recommend sipping Figenza out of the bottle at room temperature while sledding in the dark on three feet of snow that will not cooperate and pack down for a fast track. Especially after indulging in rich, creamy stuffed salmon, bananas foster and chocolate cake. It might just come spewing out of your mouth, in all sorts of distasteful ways.

Just make sure it's chilled first. Then you'll be all good.

Saute the vegetables in a heavy stock pot in the melted bacon fat. Add the garlic once the vegetables start to soften. Continue to sauté until the pearl onions begin to caramelize and brown. Season with salt and pepper. Meanwhile, toss the meat in the coconut flour, salt and pepper. Brown the meat on all sides in bacon fat or ghee (or a combo) in a separate, heavy frying pan over medium heat. Don't crowd the pan, and do this in batches, removing the browned meat to a separate dish. Once all the meat is browned, deglaze the pan with the Guiness and some broth, scraping up all the bits of yumminess off the bottom of the pan. Pour the liquid into the stock pot with the vegetables. Add the remaining ingredients. Give it a stir, put the lid on the stock pot and cook in a 300 degree oven for 2.5 hours. FanFreakingTastic.