The Bitch Known as Mother Time 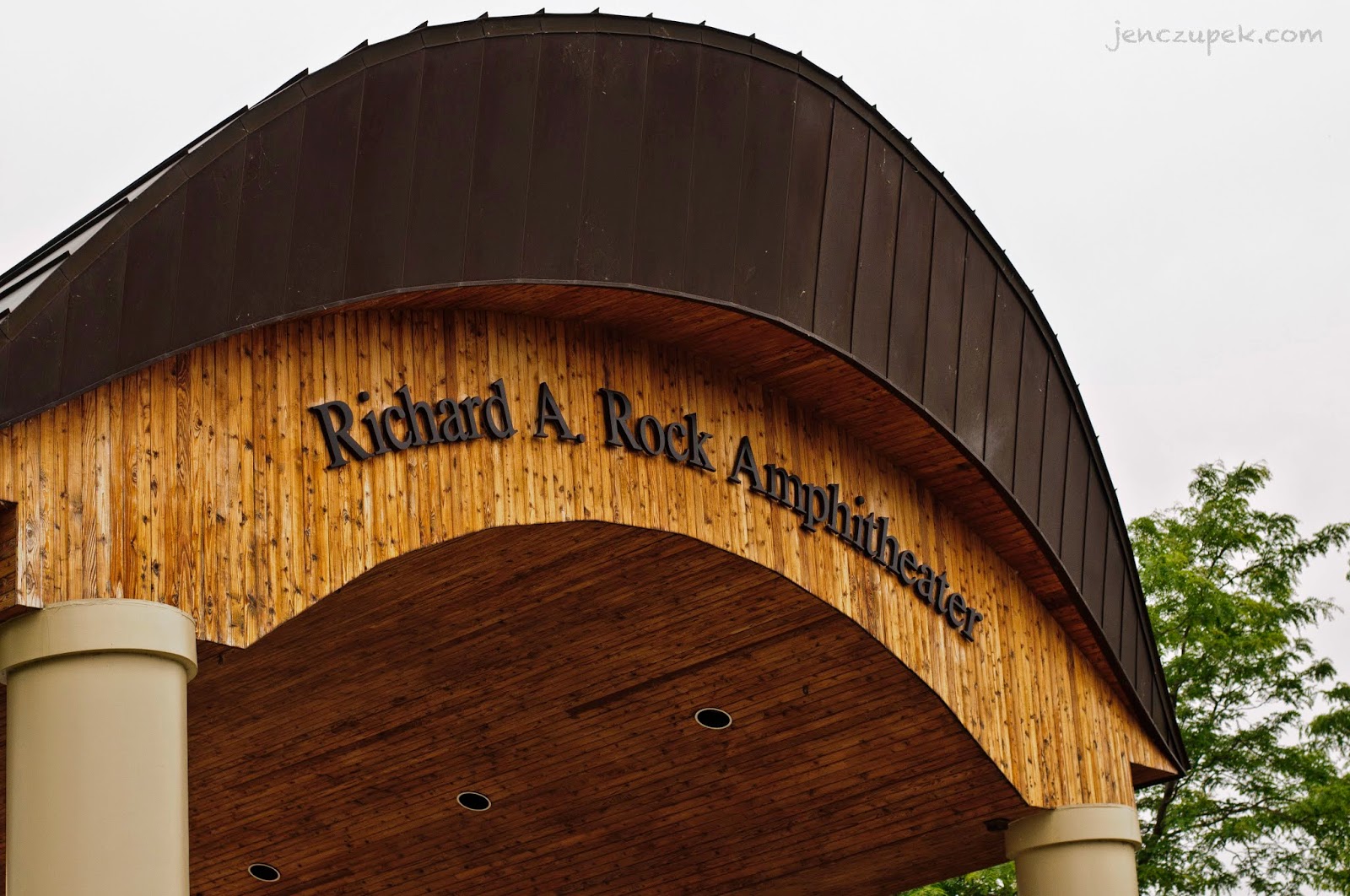 I've mentioned this before here, but I don't mind repeating myself. One of my biggest pet peeves is when parents lament, "They grow up so fast. Where has the time gone? It seems like yesterday they were little babies. I miss them being young."

I love seeing my kids grow and stretch their wings. Adventuring out of their comfort zones. Making mistakes, and learning from them. Engaging with us as miniature adults, full of wonderment at the infinite possibilities that lie ahead for them. Do I want to go back to wiping butts and cleaning up messes? No. No, thank you.

I will never tell them in which direction they should go, but I'm here to guide and help them based on the wisdom I've gained myself over the years. When they ask, I'll advise.

And Mr. Musky and I encourage, without forcing them to do anything in the extracurricular world that they'd rather not. Last January, I wrote about watching Jake onstage playing guitar with the other kids at Plainfield School of Rock. During one of our cold-weather Apéritif Fridays, while crackbrained shenanigans unfolded between father and daughter, I encouraged my firstborn.

"No. I mean it. You can REALLY sing. And sing well. Why don't you give School or Rock a try?"

She paused a moment, then agreed. "Sure. Why not?"

And that's what I love about her. Her thoughtful consideration, followed by a willingness to stretch out and dive in. 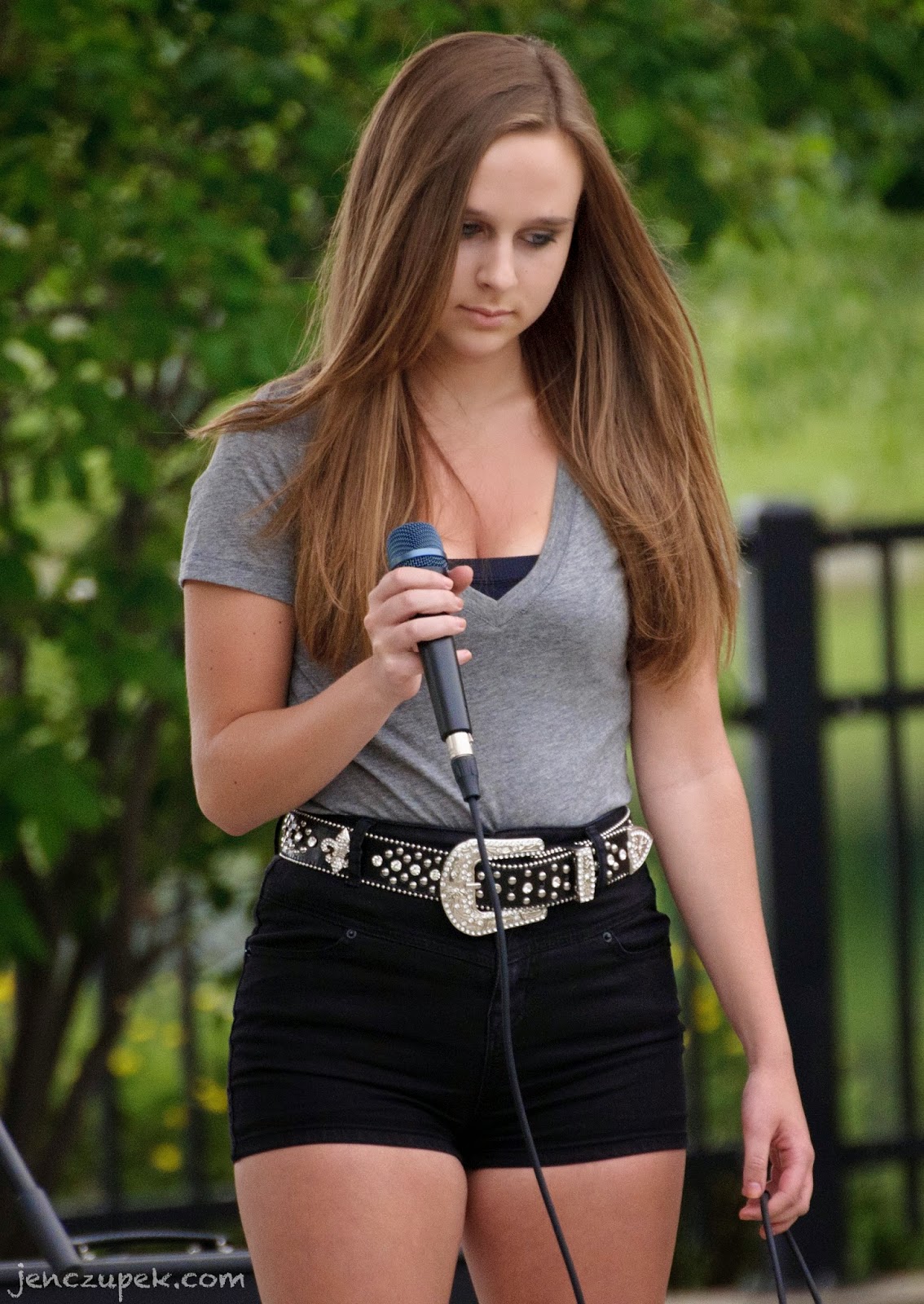 Months of practicing ensued. I watched my daughter, my once shy, self conscious little girl, tackle one of the scariest things in life. Worse than public speaking... 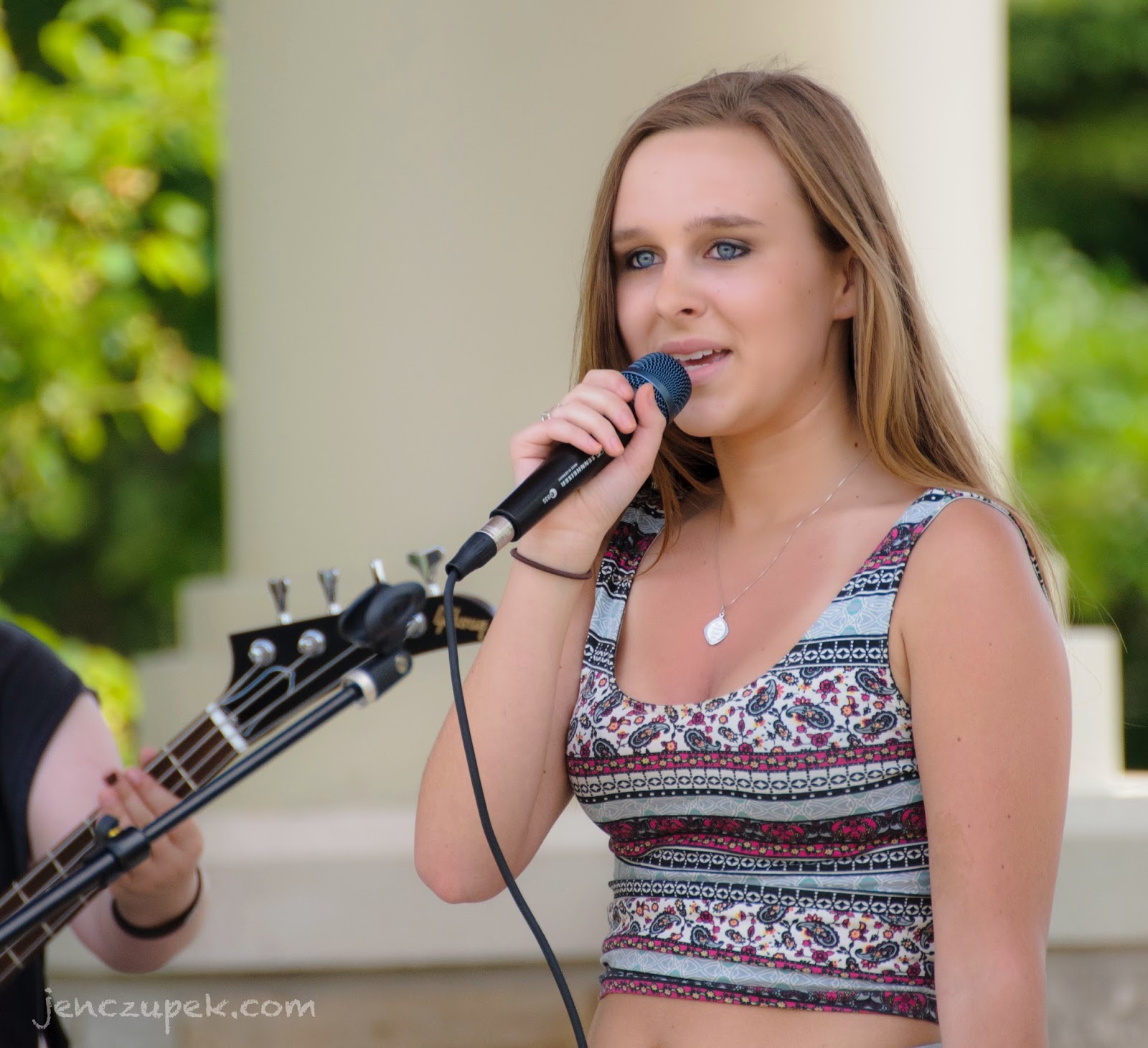 ...my timid little girl nearly adult daughter, with no prior training, started to sing in front of total strangers. 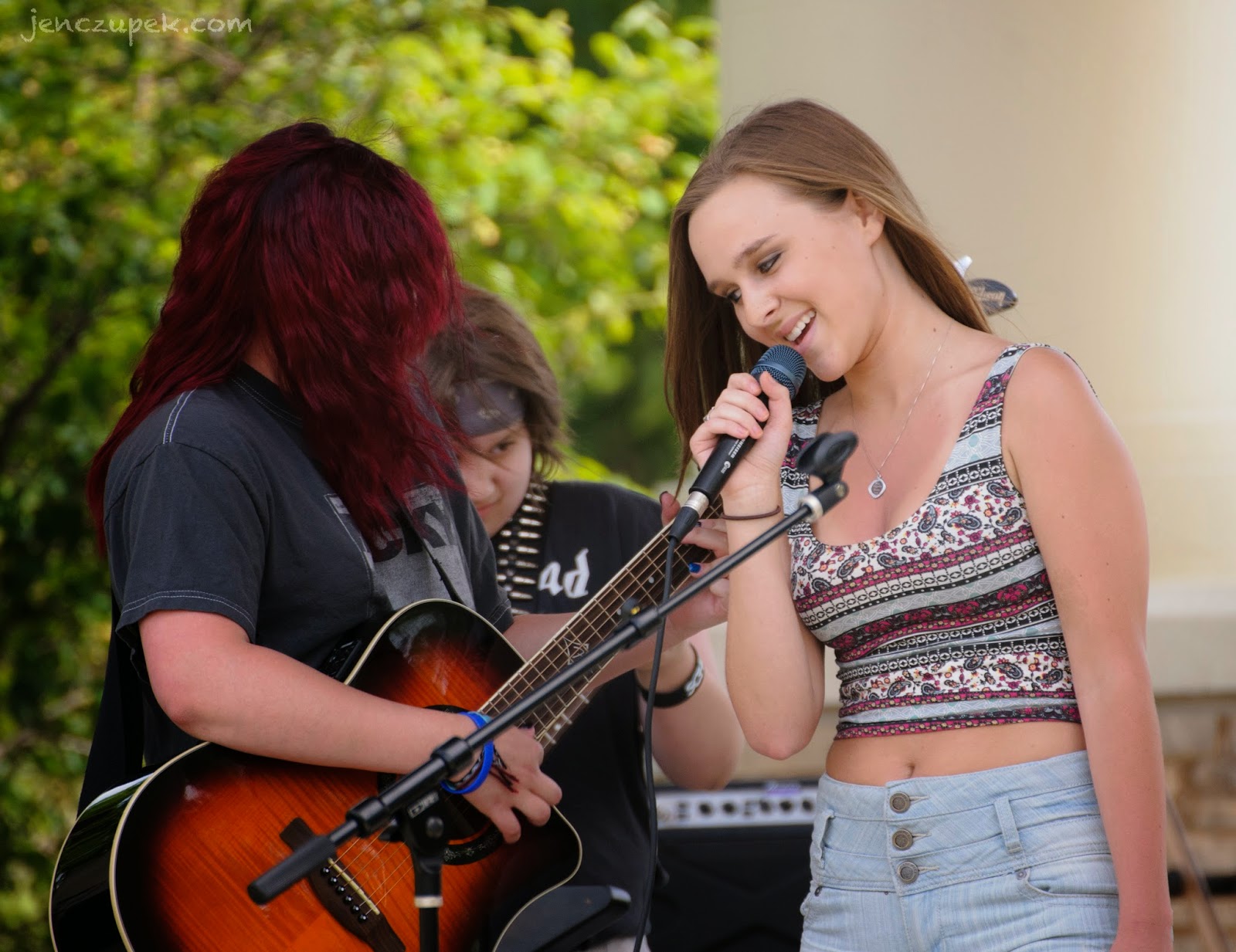 Leading up to concert day, she stressed out about her songs, knowing that the other lead vocalists were more polished. She compared herself to kids who have prior performance experience, sing daily in their school choir and have had more opportunities to hone their musicality. 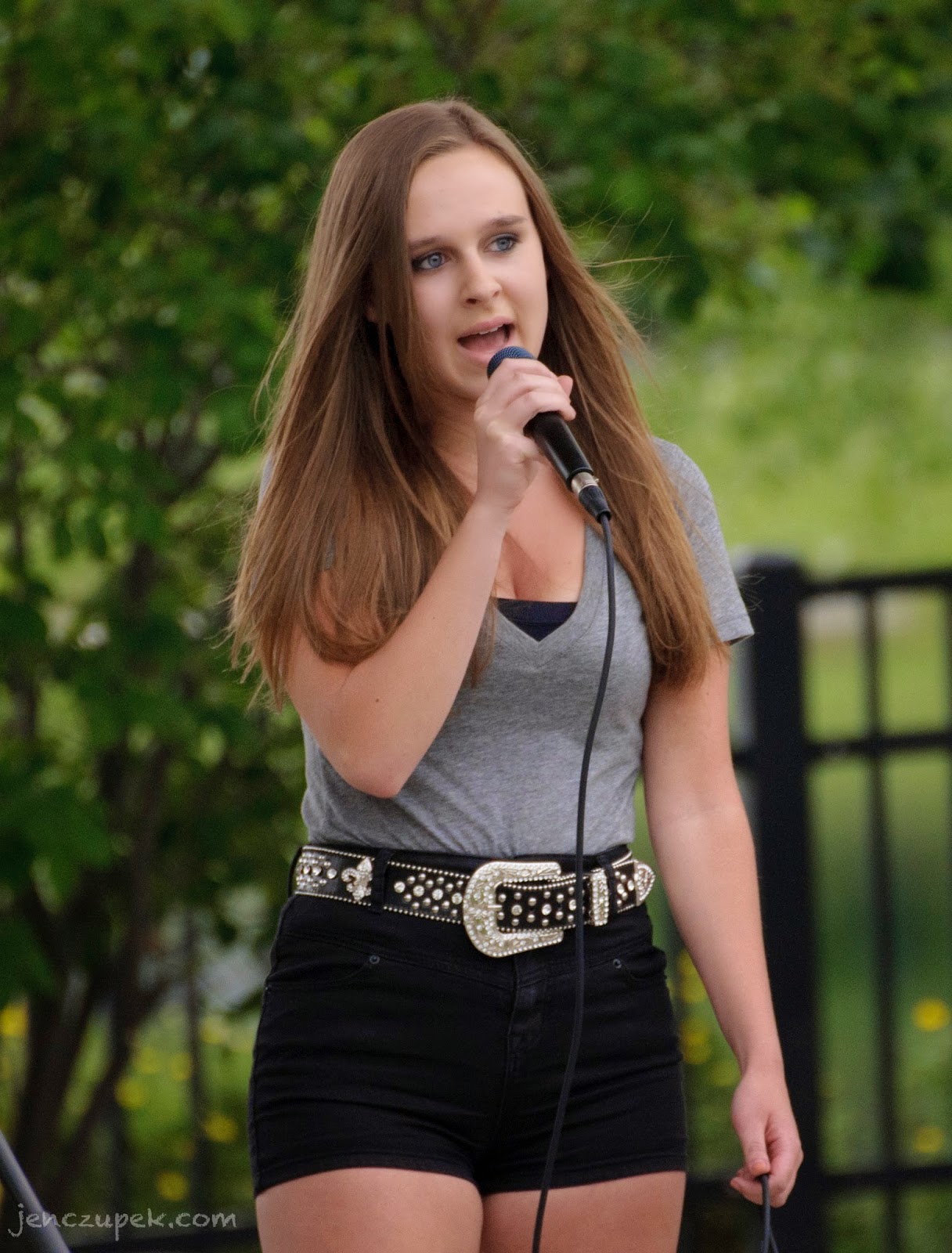 But with some words of encouragement, she forged ahead. I reminded her that if she's singing four songs, she'd have a "worst" song, and that's ok. That nobody expects her to sing perfectly, every note on tune, for every song. That as long as she does her best, and gets up there on that stage and pours her very best effort into the experience, then every single person in the audience will appreciate and applaud her. 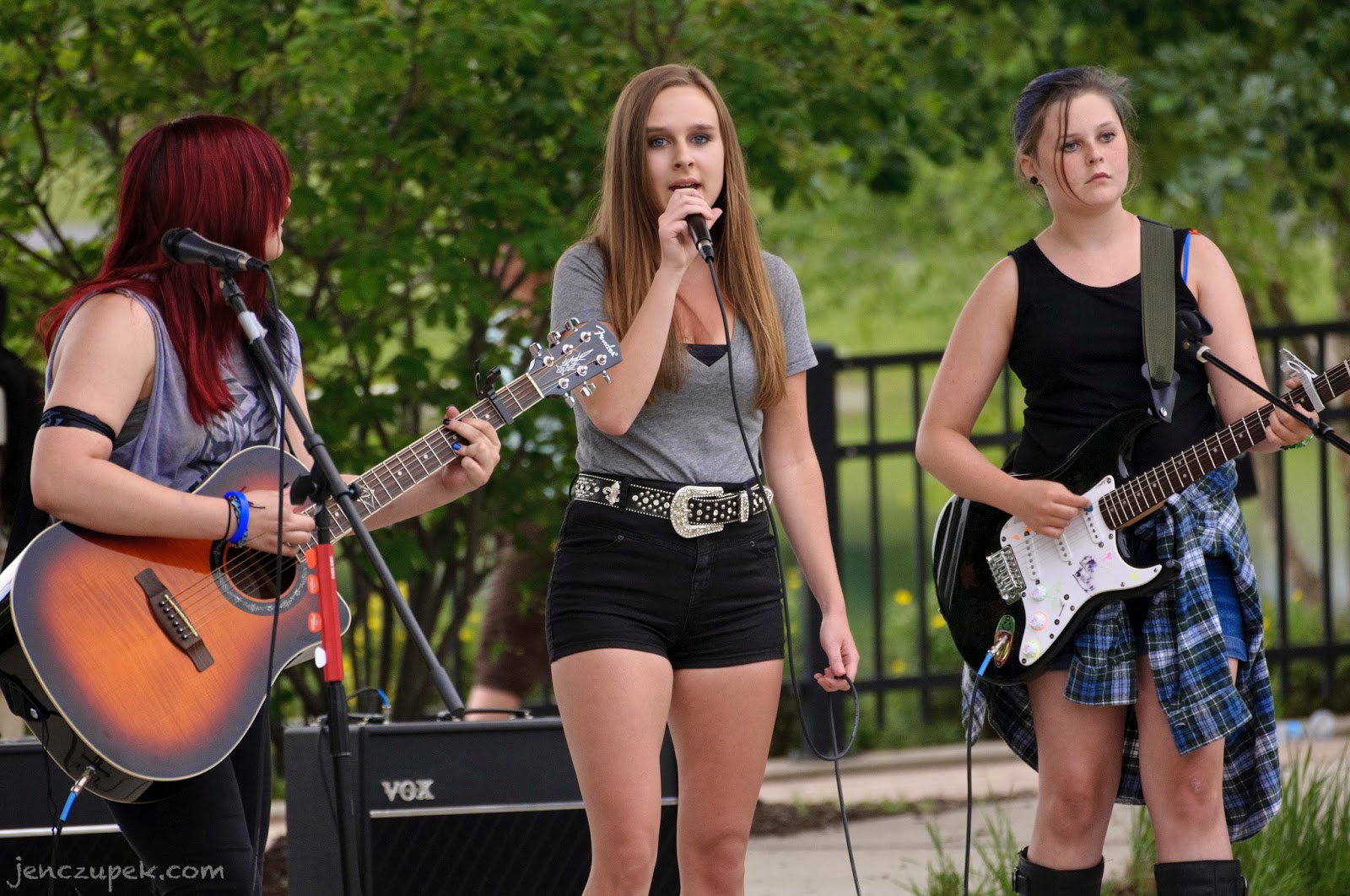 Was she perfect? No. Did she try her best? Yes. And for me, that made her performance absolutely perfect. It was perfectly her. I even caught her red-handed, laughing and enjoying herself backstage. 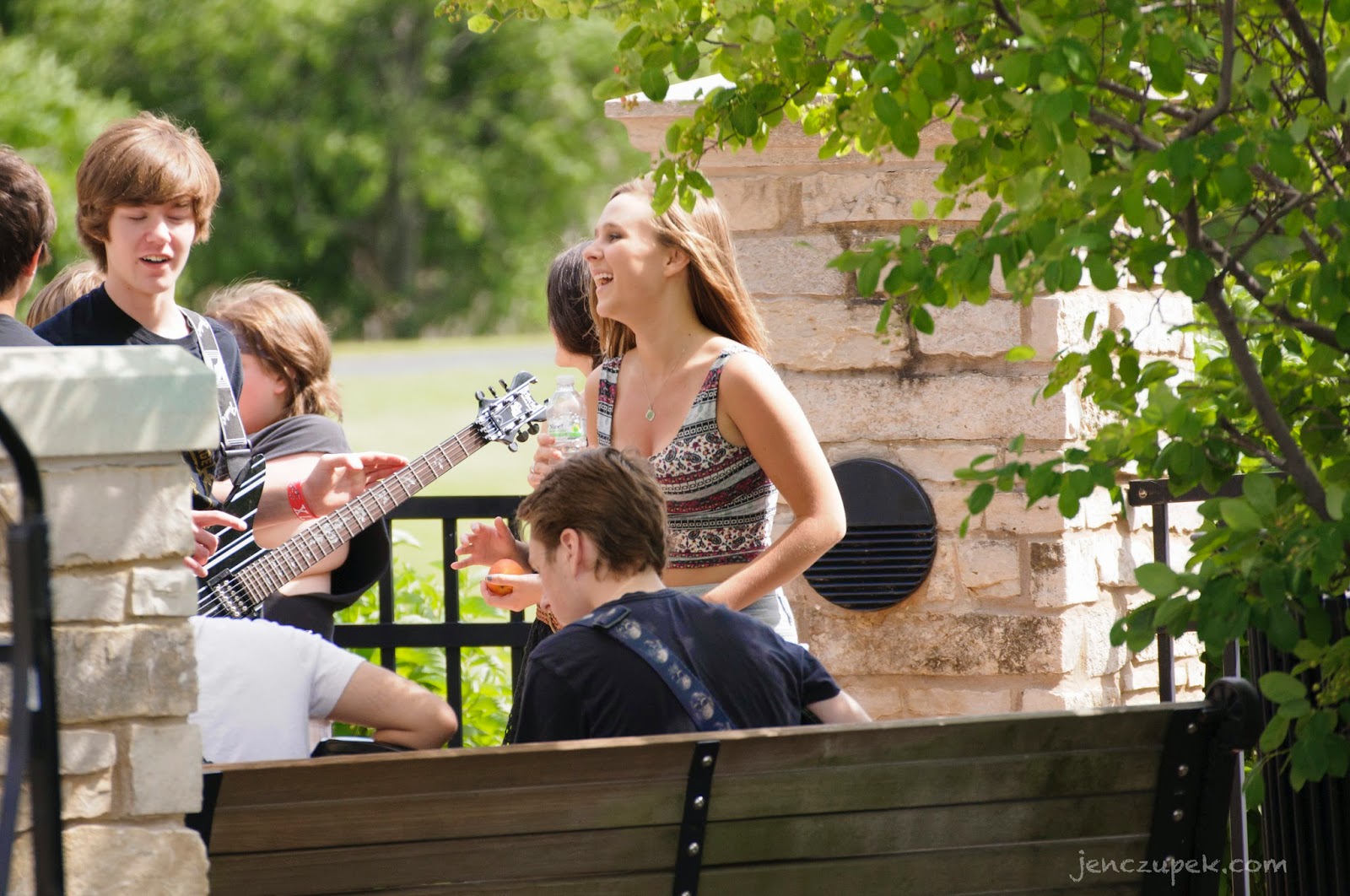 When our kids were growing up, Mr. Musky and I sang a little ditty to them at full volume. Those of you my age will remember this one well. Especially if you hail from Chicagoland, as this band originated in our hometown.

"Today is the greatest
Day I've ever known
Can't live for tomorrow
Tomorrow's much too long
I'll burn my eyes out
Before I get out..."

Except...we never got past the first two lines. Because this song was reserved for days like:

So you get the point. My kids loathe this song. We merely have to bellow the word "TO-DAY" and they go batshit. We love it, and belt it with all the exuberance we can muster.

Guess what? Both kids were assigned to "Today" by Smashing Pumpkins. 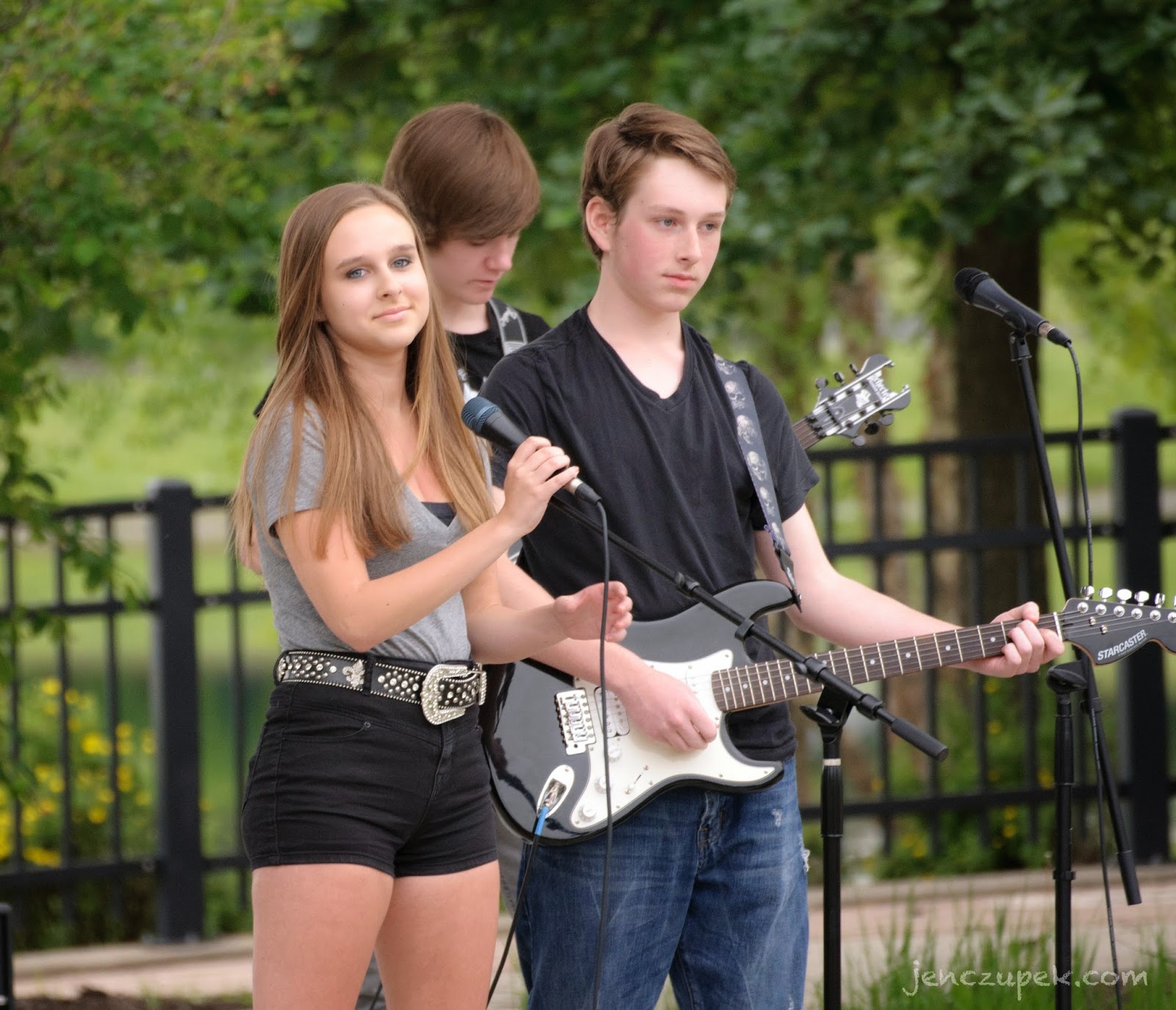 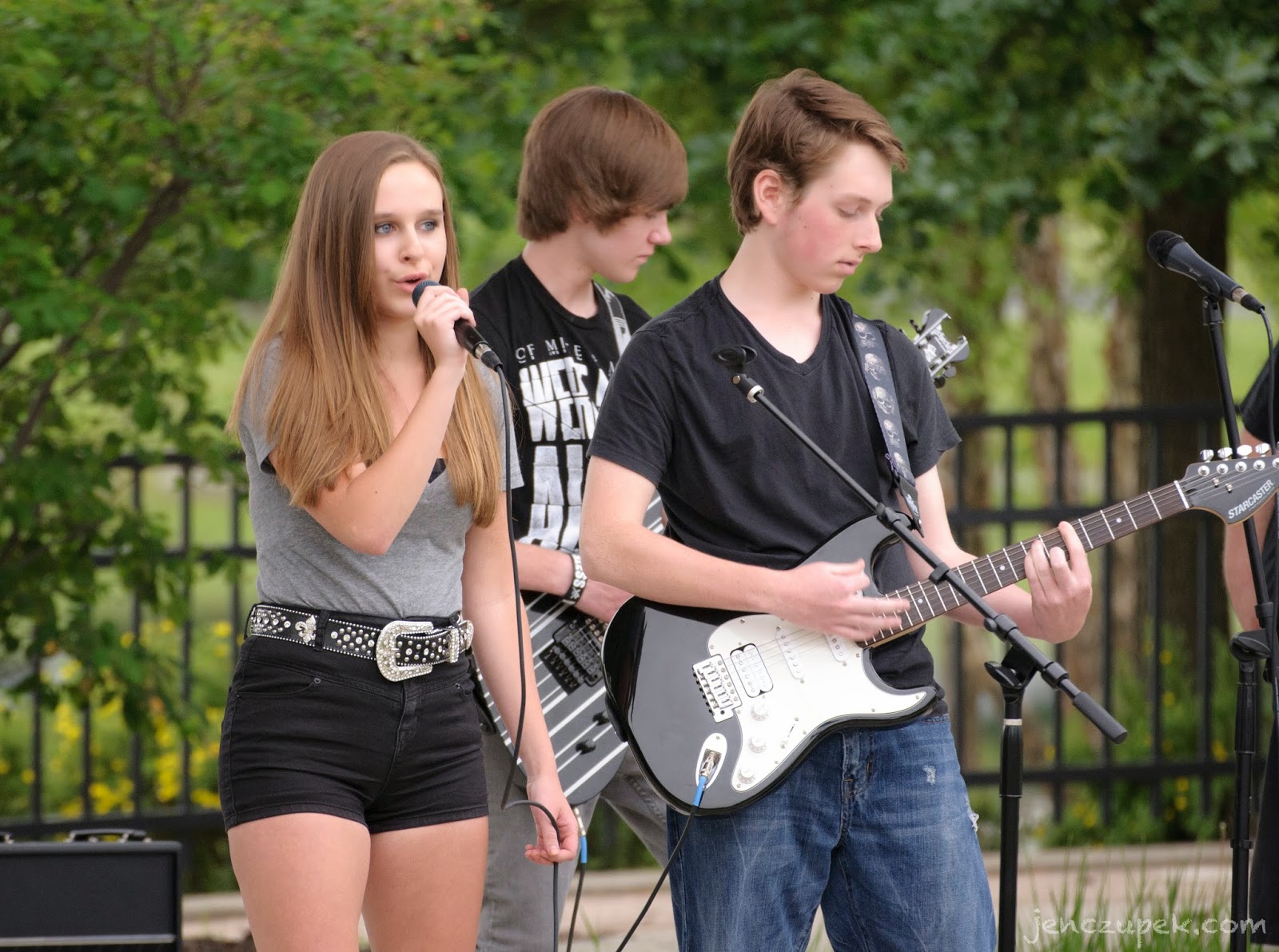 Mr. Musky and I just belly laughed. There was nothing in the world like seeing our two kids onstage, together, performing a song that means a little something to us all.
From the minute they stepped up to the front of the stage, quiet tears rolled down my cheeks as I gawked and snapped pictures, trying to freeze the moment. I let pure, hardcore, raw emotion overwhelm me. I've never wanted so badly to extend a three minute moment into something longer. For once as a parent, I willed time to stand still. But it didn't. Because Mother Time doesn't give a shit about what we want. She won't keep your babies little, she won't take her time letting them grow up, and she sure as hell won't hit the pause button for a few minutes so I can enjoy watching my kids sing and play guitar. 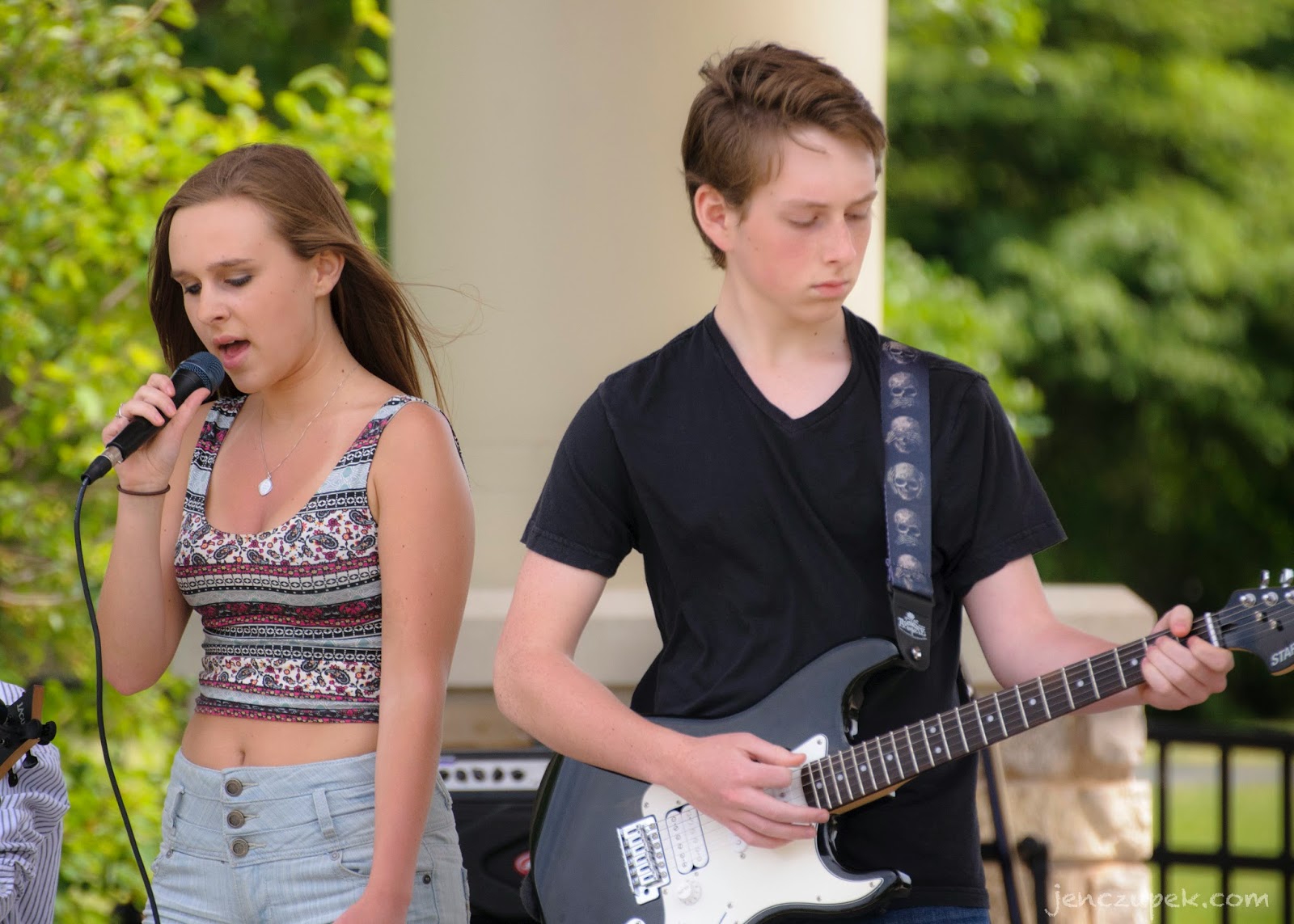 Not even when they high five one another at the end of the song and walk off the stage together. 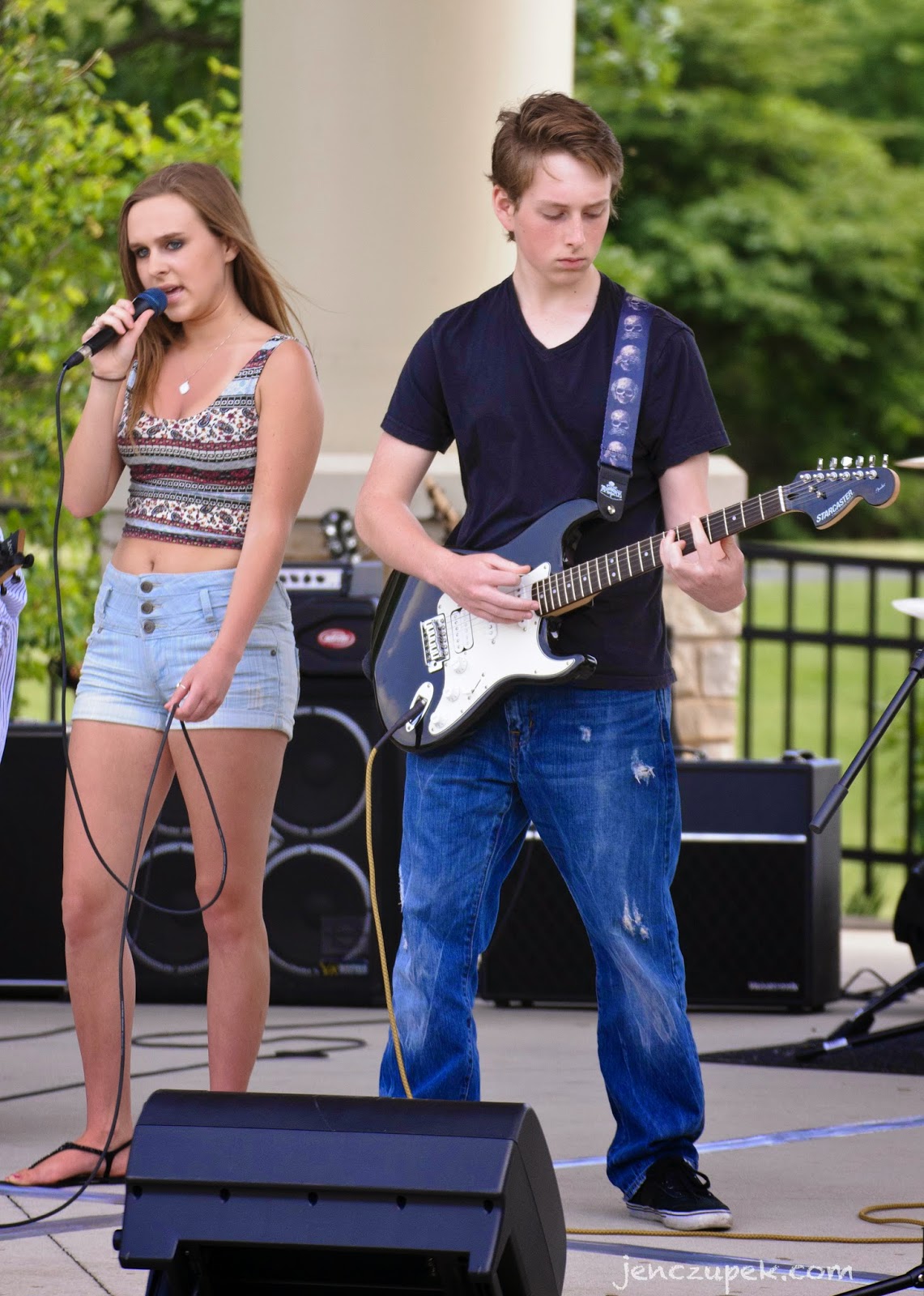 But that's ok. Because they mustered the confidence to perform in the first place, then walked off together, onto bigger and better things to conquer. And I'm lucky enough to have a front row seat to watch what happens next.