Our recent return to chilly weather has me reminiscing to a few weeks ago. Not one to typically hate on anything, I rallied the troops and commandeered them all to grin and bear it. Cracking my "WE WILL HAVE FUN!" whip, I demanded no whining or complaining about negative degrees. This was all about being in the moment as a family, and I insisted we play in the beautiful snow that God gifts us rather than curse it. Determined to introduce my family to cross country skiing, we headed North.

We all commented on the ride up how strange it was to be back in the car together again.

When the kids were little with no extracurricular commitments, we made the trip to the cabin as a family no less than ten times a year. They were champion car riders. We hooked them up with the entire "Land of the Lost" series and their dad convinced them that he played Cha-Ka in the show. 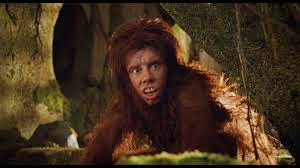 Being his first SAG card holder's role however, the notoriety became too overwhelming. People marveled at his Cha-Ka tales, to the point it distracted him in college during Pabst Blue Ribbon Bucket night at CO Daniels and his fraternity brothers consumed all of the beer before he got a chance to finish his first glass. As a result, he refrained from boasting further about his early acting career so he could consume his fare share of skunky smelling swill while his feet stuck firmly rooted to decades of filthy floor. 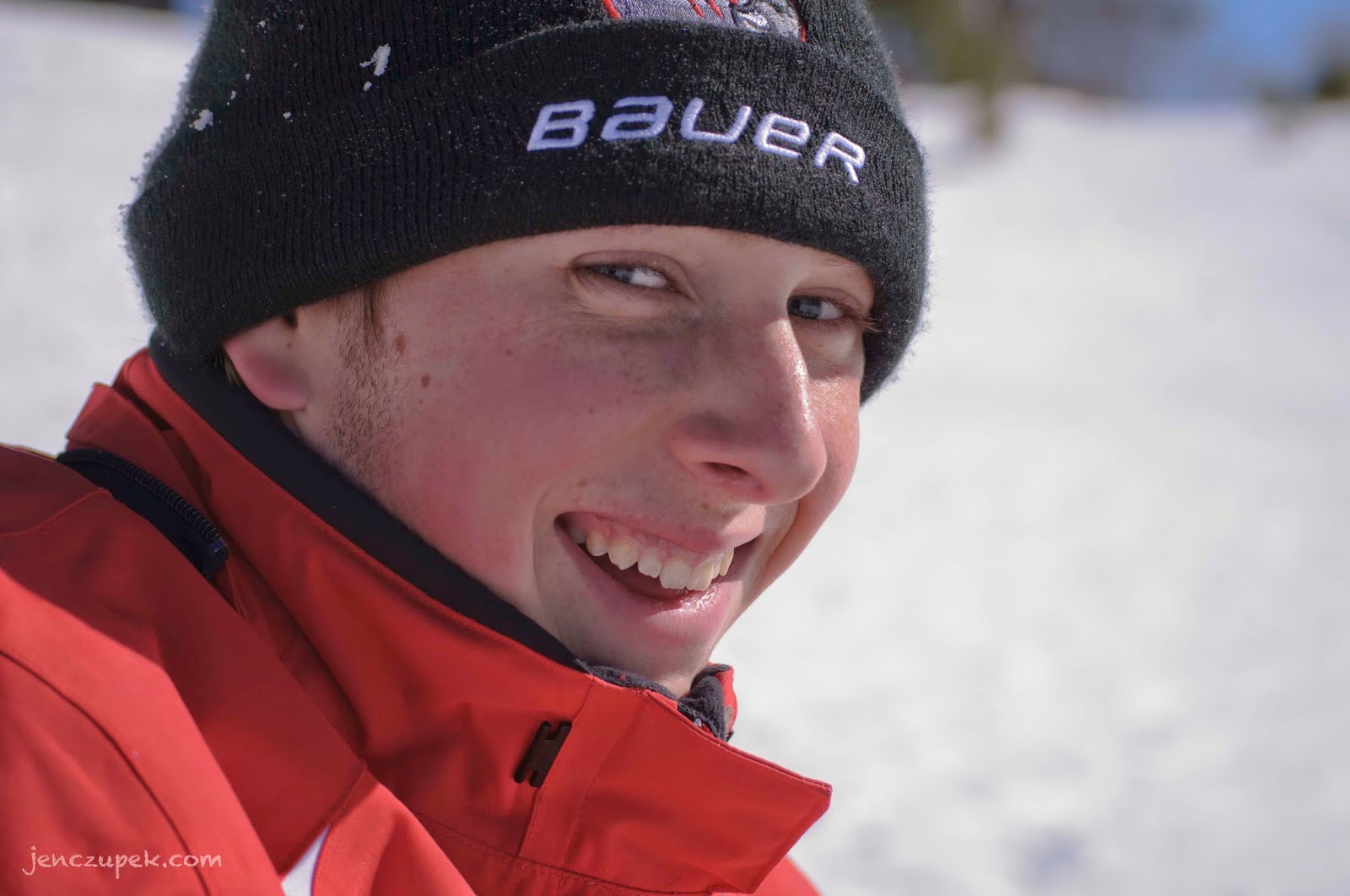 He had them going for awhile (our kids, that is) but they eventually wised up and called Bull Schnitzel.

Arrival night is still one of my favorite times in life. We open the doors of the truck to sensory overload, whether it's the blast of cold air and utter silence in the winter, spring peepers sounding off in the night in May, the lonely cry of the loon in summer or spooked deer bounding through the woods in the fall. The sights and sounds vary by season, but the scent that greets us remains constant. When we step out into our driveway, the unmistakable blast of fresh, crisp pine meets us with one singular feeling.

From there, regardless of the hour, a burst of energy hustles us down the steps to the cabin where we quickly unload our things, crank up the heat, pull the window coverings off and start a blazing fire. Once we unpack a few things, it's time to get down to business. When it's just us four, that means one thing. Music, drinks (White Cosmo Recipe here) and a game or two. 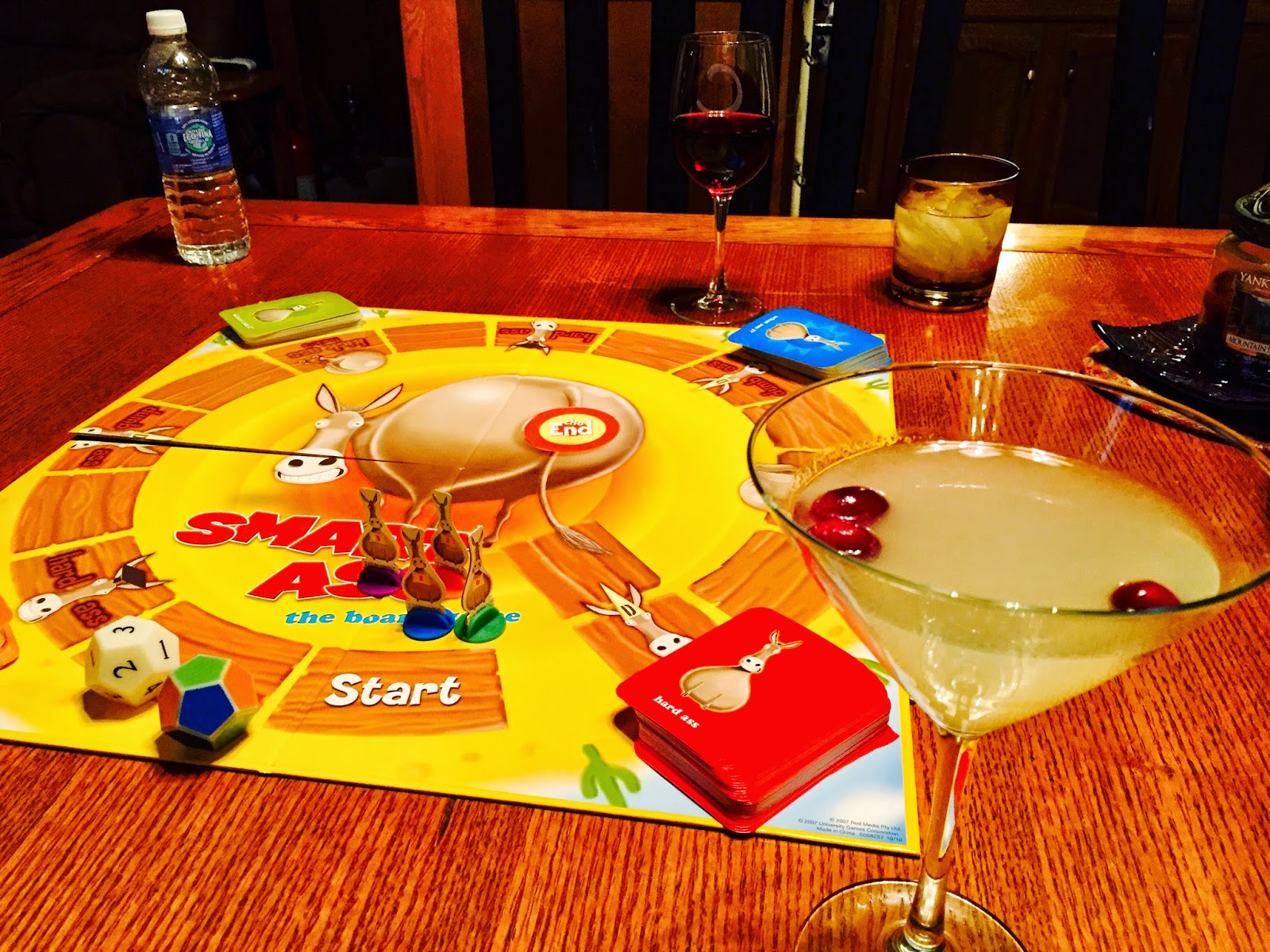 Thanks to my friend Kim for reminding me what a fun game Smart Ass is. Perfect for trivia loving folks who like a little comedic relief from stiff, boring Trivial Pursuit.

Day two arrived with the promise of a beautiful blue sky peeking through my bedroom window. Since the access to the snowmobile trails left plenty to be desired and we didn't feel like changing out the carbides on the sleds for one measly romp, we opted for the old fashioned kind of wintertime fun. 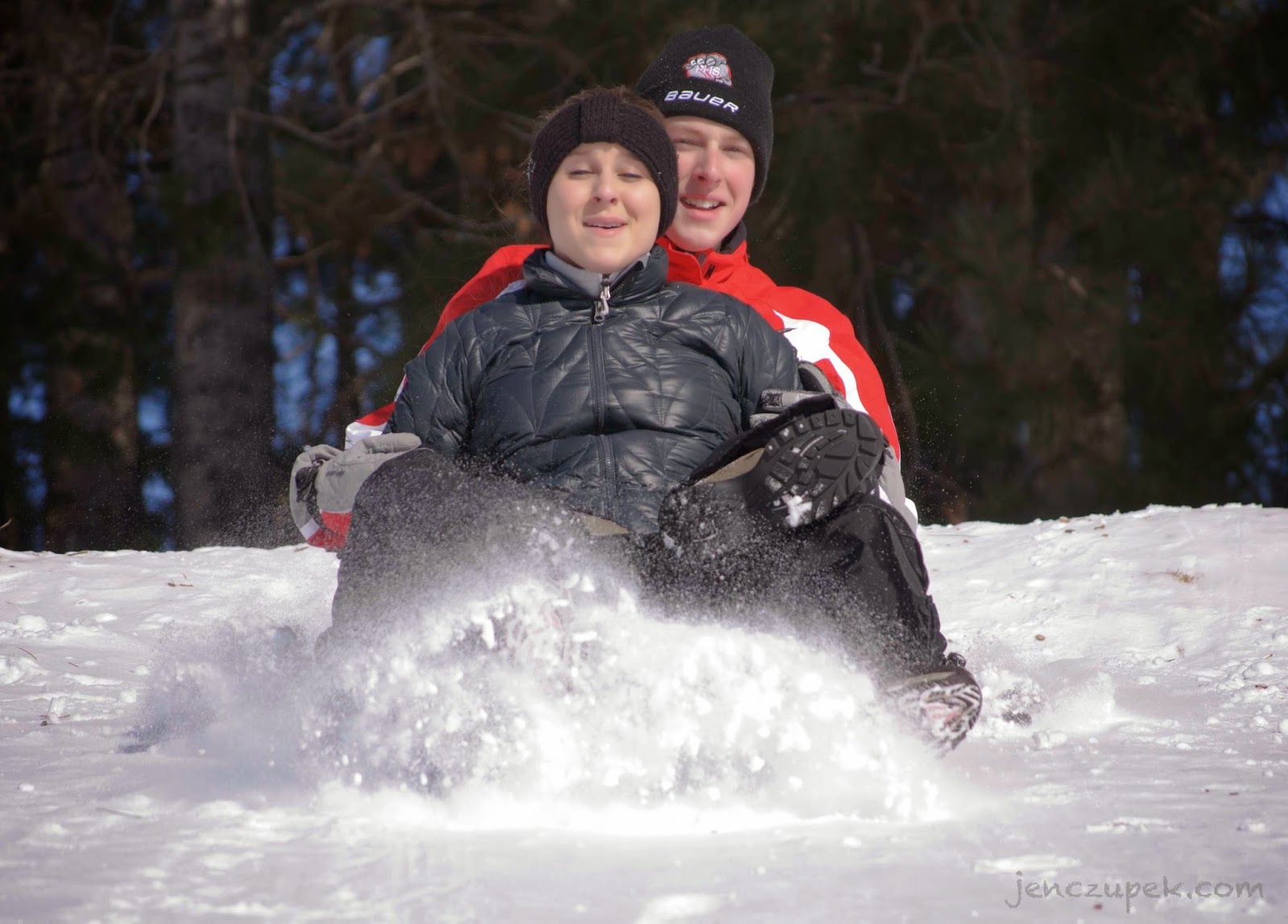 Just sledding down a steep hill on a beautiful, sunshiny twelve degree day. 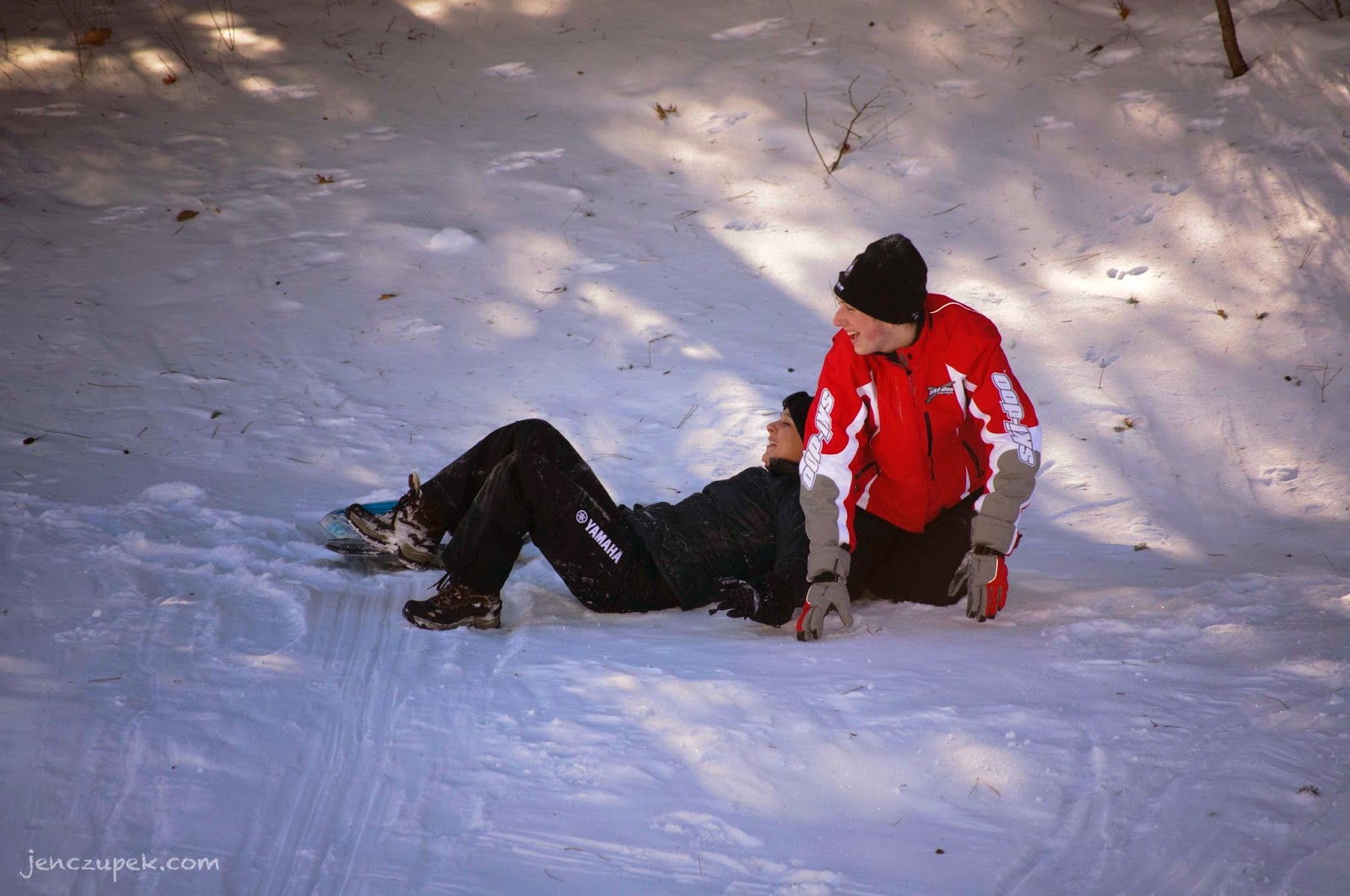 It lasted all of two or three trips down the hill... 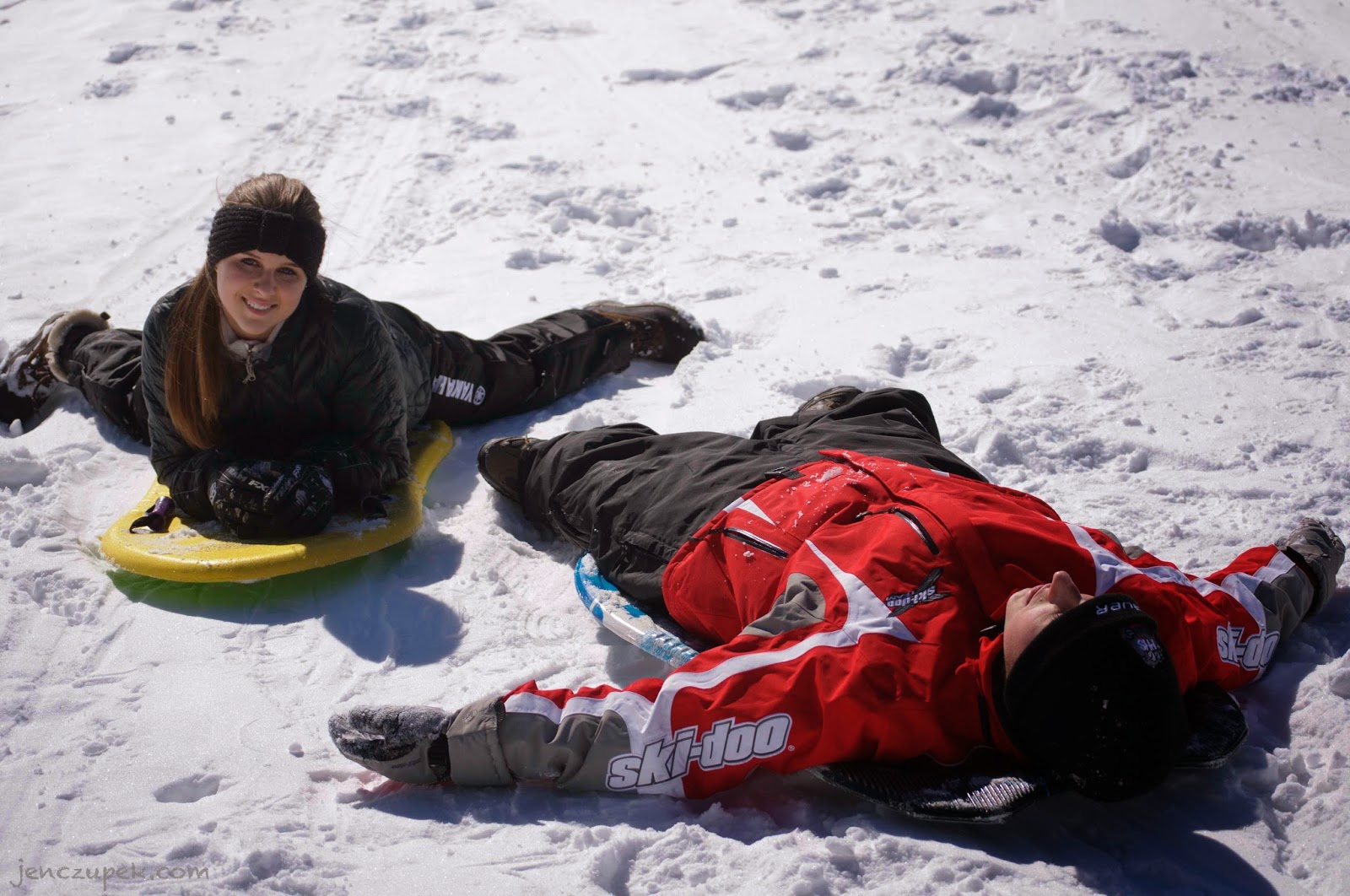 ...until Princess called it a day. She could no longer feel the skin on her face. 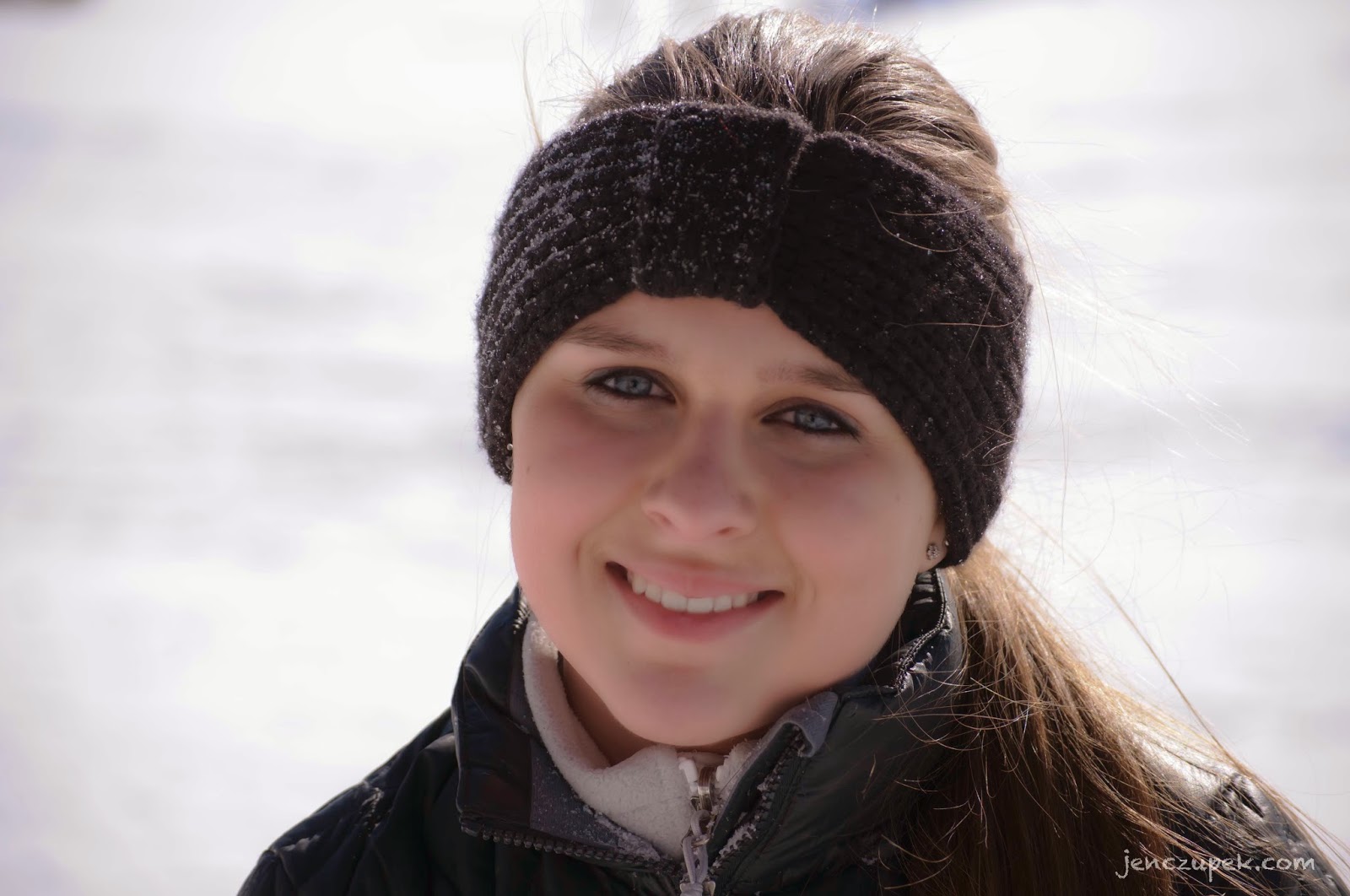 See, the person in front of the sled gets a faceful of snow. You've probably noticed in every sledding picture, I'm not present. I'm the one snapping the photos. Or handing it over while I assume poser role. 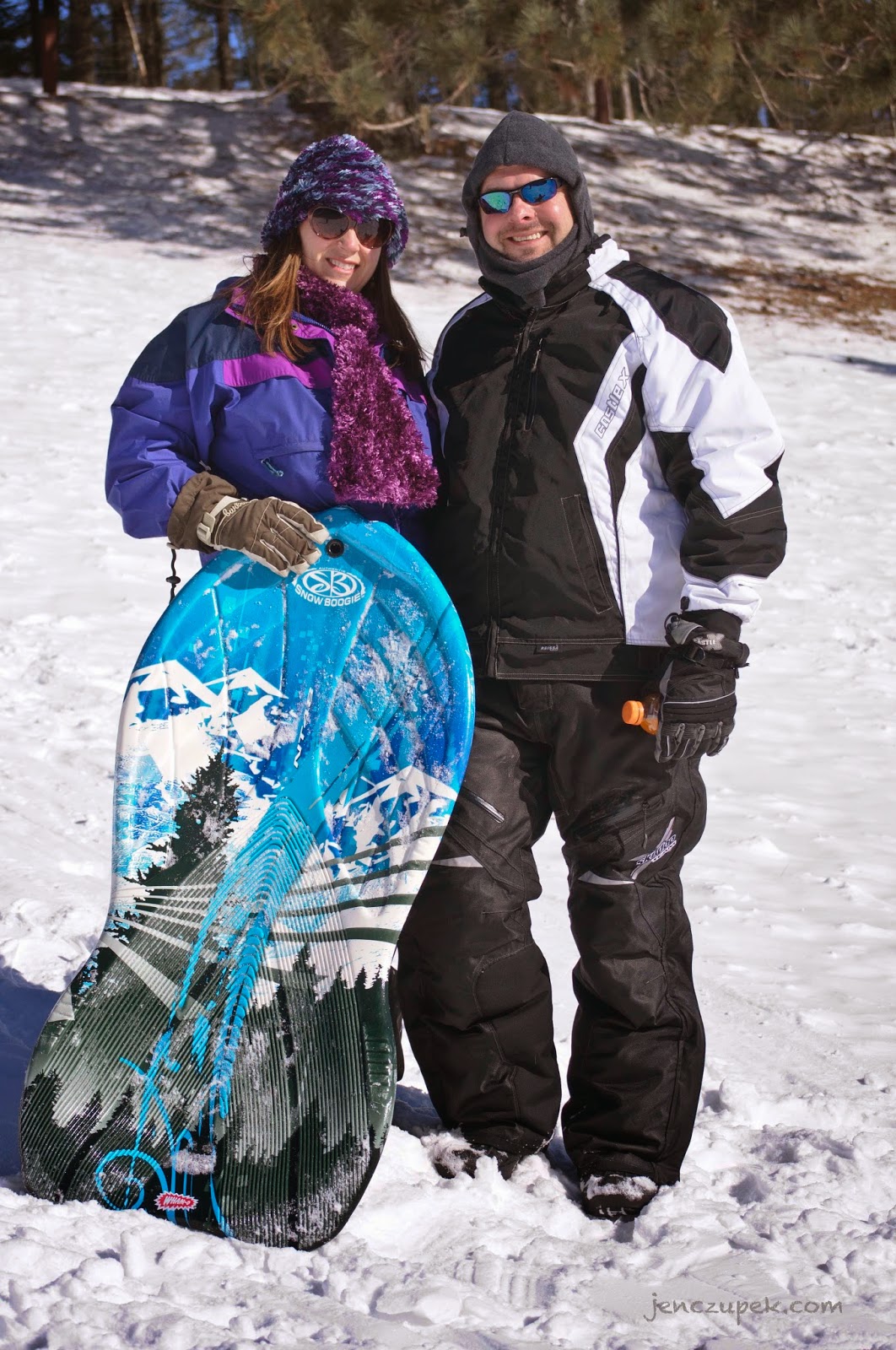 I'm a wise old owl that way. After sledding, we did the only reasonable thing possible. We made out. 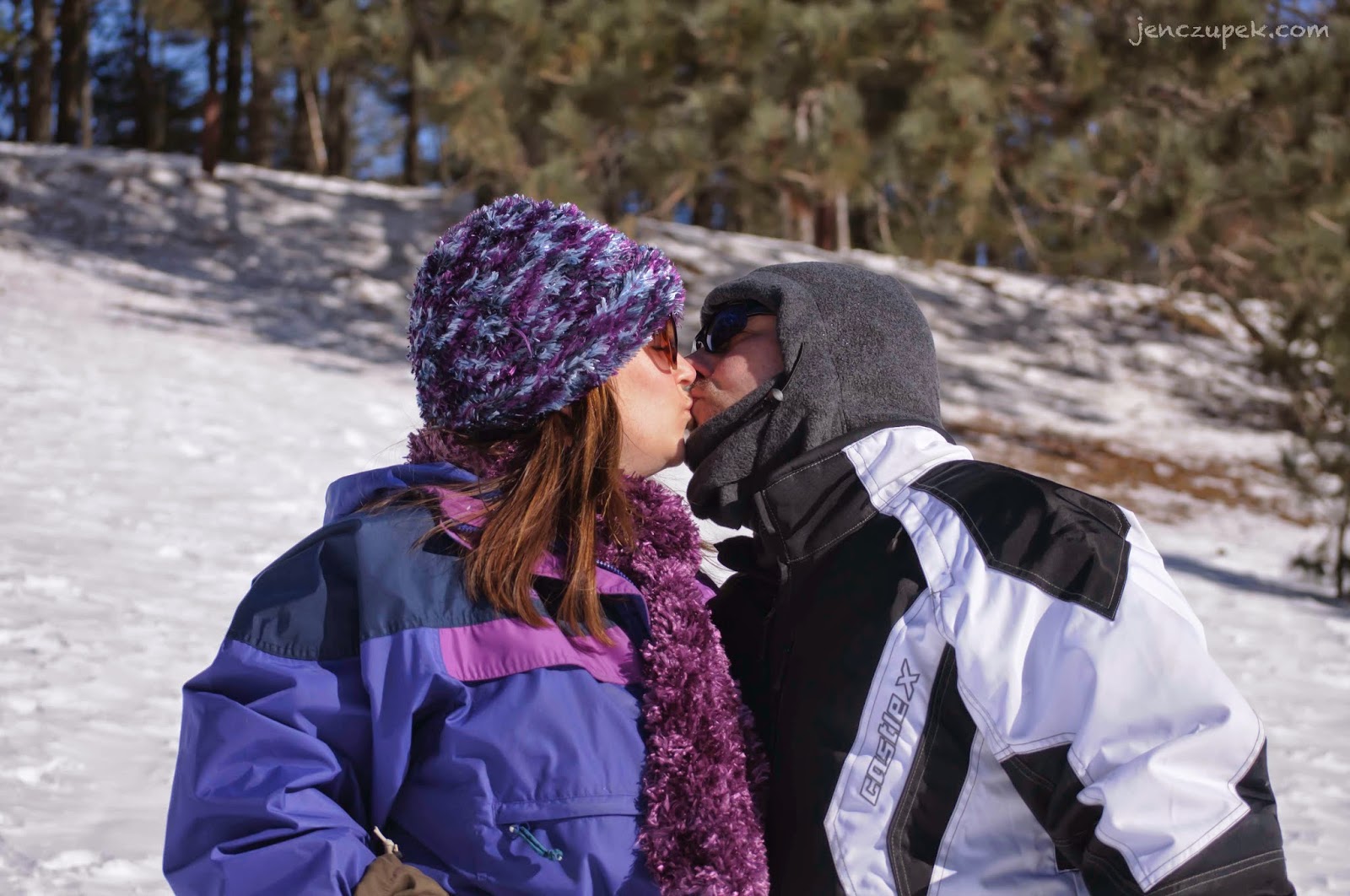 Heh heh. It is so fun to mess with teenagers. They hate it and cry "GROSS!" when we kiss.

After our five minute sledding excursion, we supported some Mom and Pop stores in Eagle River, then hit the local bar for some curds, brandy and euchre. 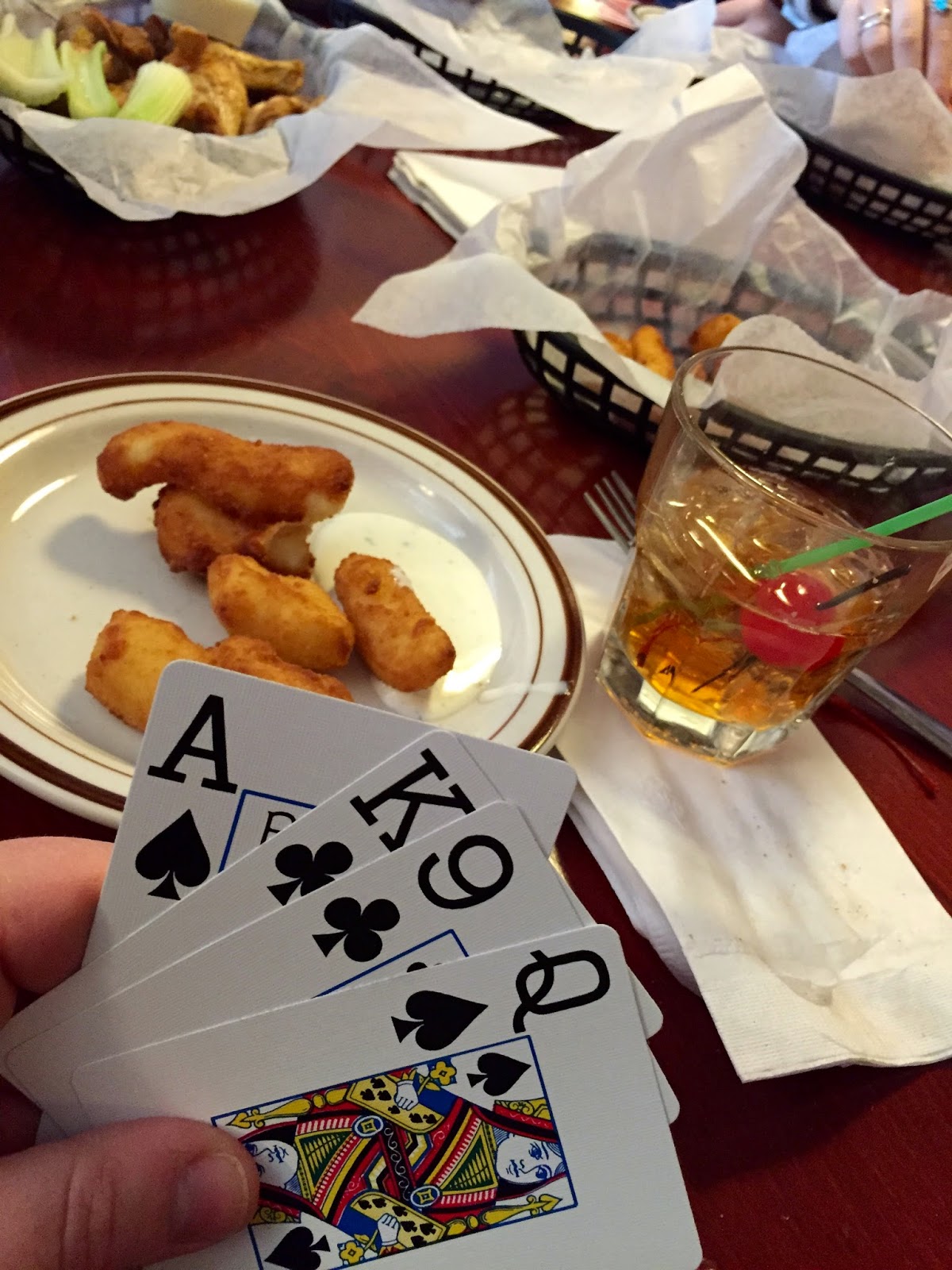 Later that night we visited an all time favorite, McGregor's Blink Bonnie Supper Club in St. Germain. We commented at the mounds of perfectly charred medium-rare filets left on our plates, declaring them breakfast worthy and happy we got three meals for the price of one. Mr. Musky and I lamented about the absence of doggie bags to transport beloved leftovers home. The kids had never heard of a doggie bag. Can you imagine? No foil lined, white paper bag for Fido? They were dumbfounded.

Well never fear. They're still somewhat in vogue, at least Up North. But I have to admit. My dogger will never taste the leftover goodness from Blink Bonnies because it comes home in a "People Bag." Even though the pooch on the baggie is doggone cute. 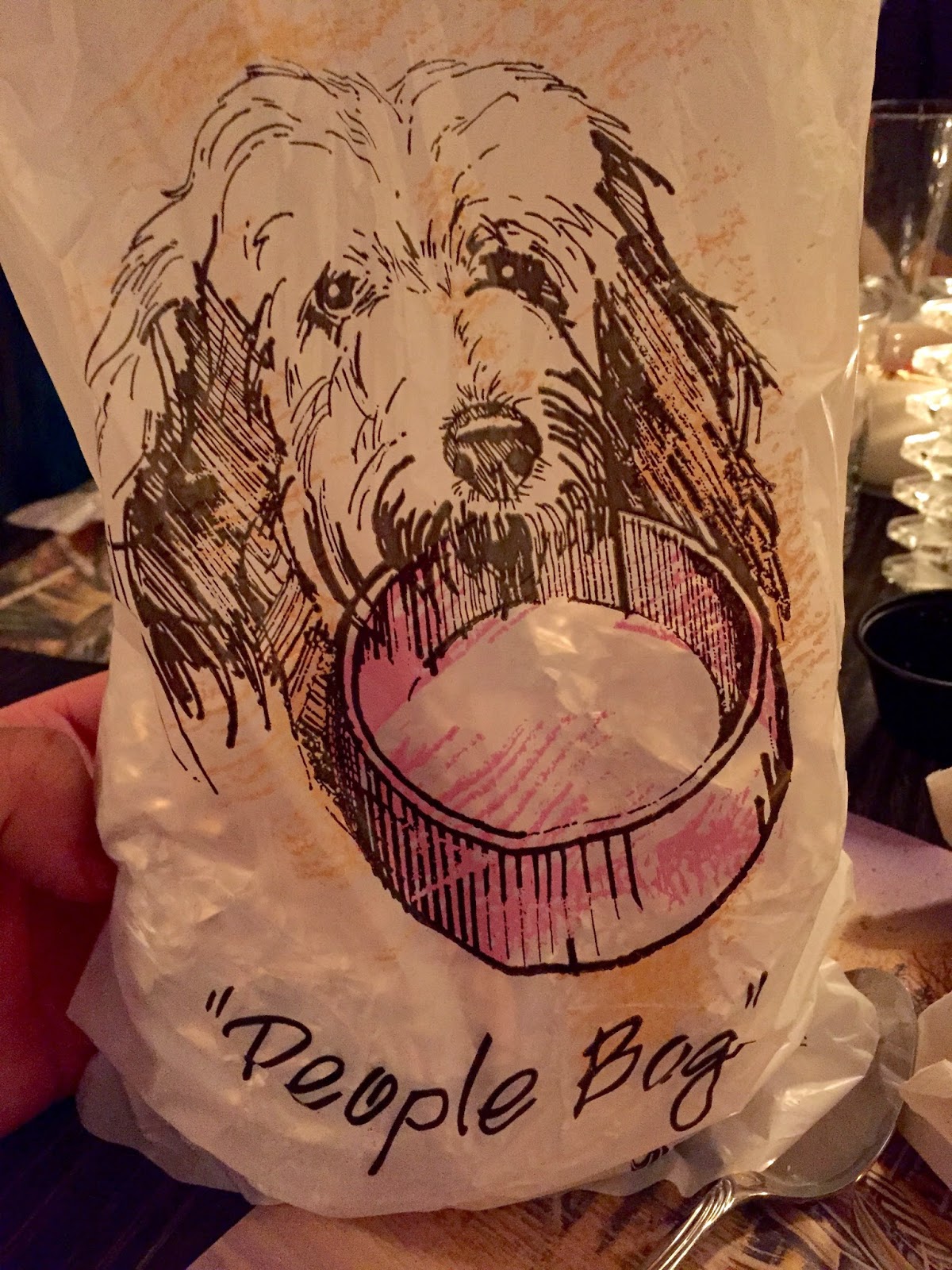 Day three found us at the Minocqua Winter Park. Giddiness seeped through my pores at the exciting possibility I might hook my family on cross country skiing. But I know them. And I know things. First up? Tubing. I needed to ease them into the outdoor winter workout idea. 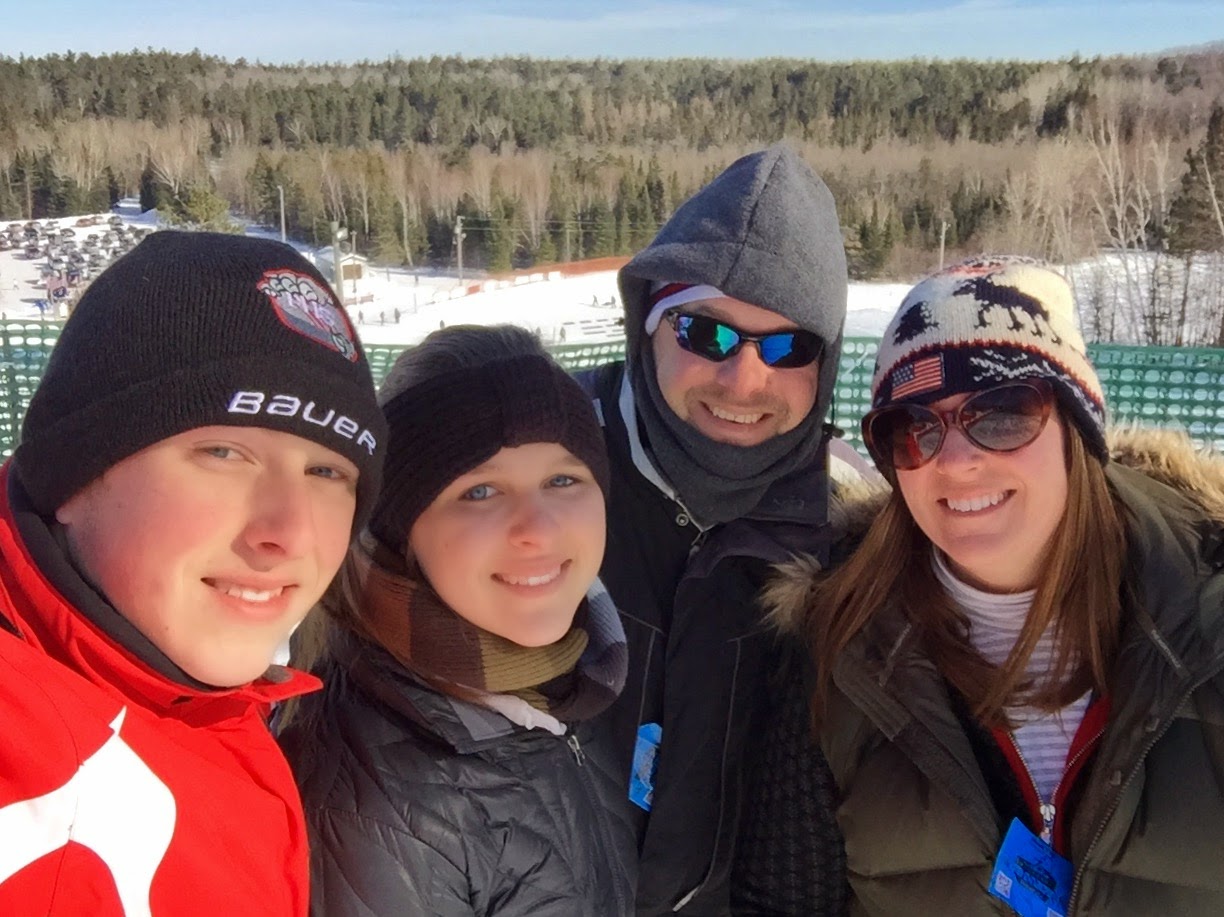 My plan included getting them relaxed and having fun before kicking their butts with full body cardio. Mr. Musky provided entertainment for everyone when he disembarked from the tow at the hill. That laughing you hear? Not me. His kids are merciless.
After a few exhilarating spins down the hill, I declared it time to get to work. We started out on the trek, and it took .05 seconds for Princess to start complaining.

"I don't know what I'm doing. This is scary. How do I move forward? It's not working! I'm going to fall. I can't do this! What was I thinking? I should have stayed in the lodge. I'm not good at this. This is tricky."

The first few minutes found me very patient and offering her tips I learned during the lesson I took a few weeks earlier. Post the five minute mark though, I clammed up. I was NOT going to have my day ruined because my petulant teenager is a Type A control freak like her father, and can't handle the feeling of being out of control.

Meanwhile, the cocky ice skater in the group charged ahead and fell about ten times, popping back up and forging ahead. He falls on the ice occasionally and is used to an unsteady, slippery surface below his feet, so no big deal for the non-complainer of the group.

We took a shortened jaunt around the trails and sadly arrived to a closed tea house, so we trudged on back to the lodge. Our adventure lasted about 45 minutes, but it was just enough to whet the appetite of my favorite people. Princess declared it a success, saying she absolutely loved it and wants to go again. Her father and brother concurred.

In this case, silence was the best tutor. By letting them all figure it out alone after a few simple instructions, I got what I wanted - future cross country skiing pals.

The after party was the best part. My flight at the most adorable wine shop you ever did see was reward enough for a successful afternoon. My photobomber agreed. 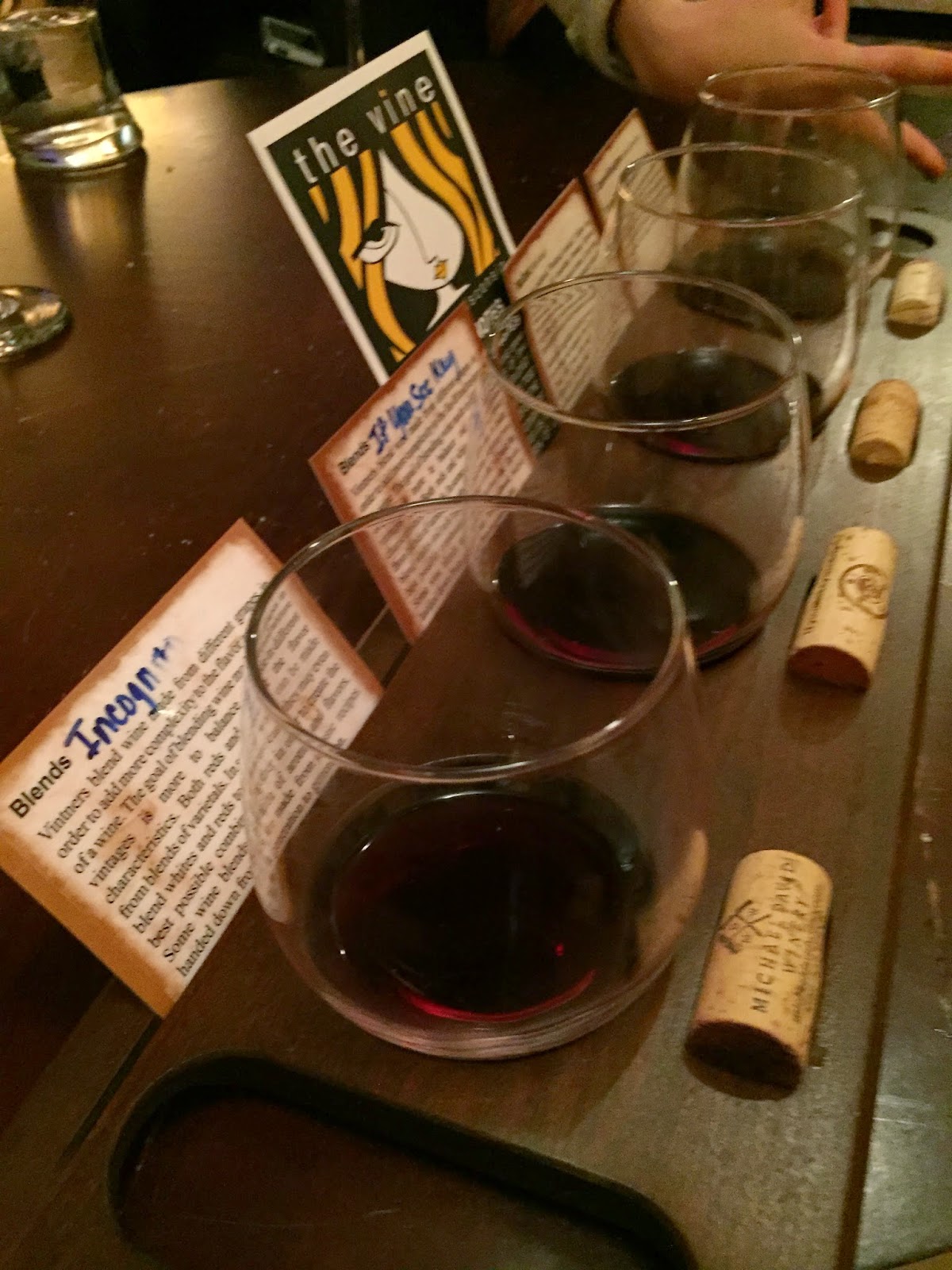 But my satisfied, happy family beats anything ever in a glass, and I'm thrilled that we all found a new winter activity we can enjoy for years to come.

You hear that, my people? You love cross country skiing. And you can't wait to go again.

Spring Break is descending upon us, and I've got a few tricks up my sleeve despite the fact that we're staying put in the Midwest. Hopefully I can surprise a couple of unsuspecting teens who think they'll just sleep the week away.

And with that, I hereby declare Winter 2014-15 OVER despite the lingering snow patches outside my window. From here on out, I'm trading in the boots for open-toed shoes all day, every day.