Fantasyland is real. Perhaps you experienced it on a vacation to an exotic location, dreading the return to reality shrouded as work or school. I know I experienced it during college - I couldn't wait to go back year after year, yet I was still ready move on once it ended. Overnight summer camp is Fantasyland on methamphetamine. It's where time stops every hour, day, and week for childhood carnival games and rides, yet it accelerates to an impossibly abrupt end for which nobody is ready. Every year camp provides new and exciting adventures: the eight year old thrilled to receive a candy bar or soda before bed every night morphs into the fifteen year old that throws a mattress on the Senior Cabin as a prank. The first year, homesick little girl no longer pines for home; in fact, as a junior counselor she begs to go out with her friends just one more night in lieu of reuniting with boring old Mom, Dad and Brother. 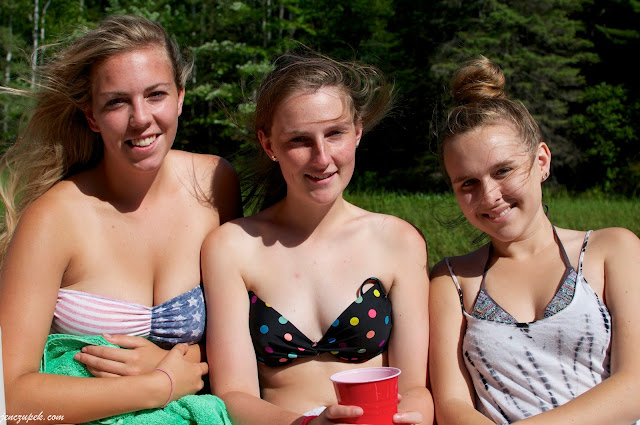 The end of summer sadness hangs like a dark cloud overhead and and it only gets stronger with each passing year as the kids mature and realize that "the best summer yet" will be hard to beat the following year. That the amazing experience they just had will never be repeated. Perhaps seconded by another good summer next year, but it won't ever be the same.
While I look forward to picking the kids up from camp, we all return home feeling blue. I too want to hang onto summer for just a few more weeks. And I want my kids to have just a few more moments with newfound, quirky friends from other countries. Nobody wants summer to end. 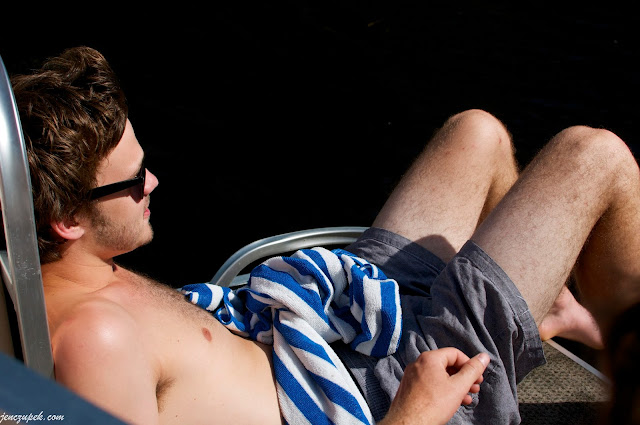 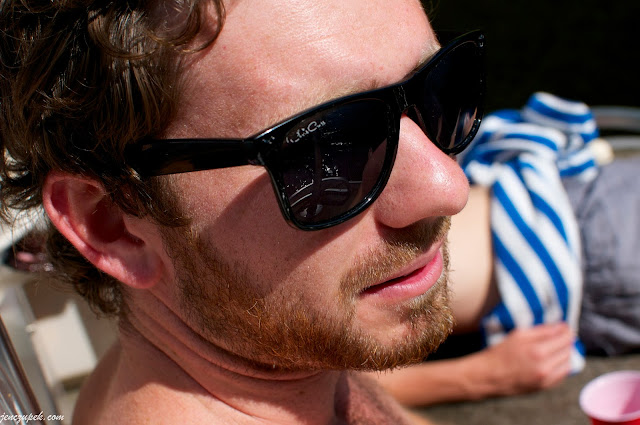 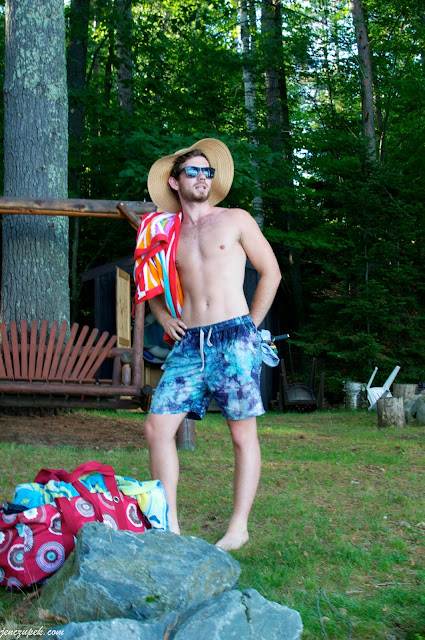 Watching my daughter say goodbye to the INATS - her international friends - proved the most gut wrenching moment of the summer. 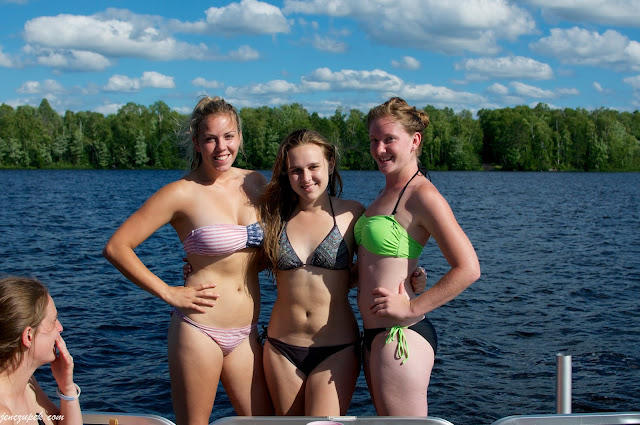 Upon our arrival to pack Kahley's things in the car and head back to the cabin, her friends embraced me in sweaty sunny campy hugs. Those are the best kind ever. They smell of fresh air, backbreaking work, hard play and good memories. They surprised me with a heartfelt card and bundle of flowers - a beautiful bouquet representing their colorful yet unique personalities, the colors of the flags they represent, and their gratitude for finding a summer home away from home. 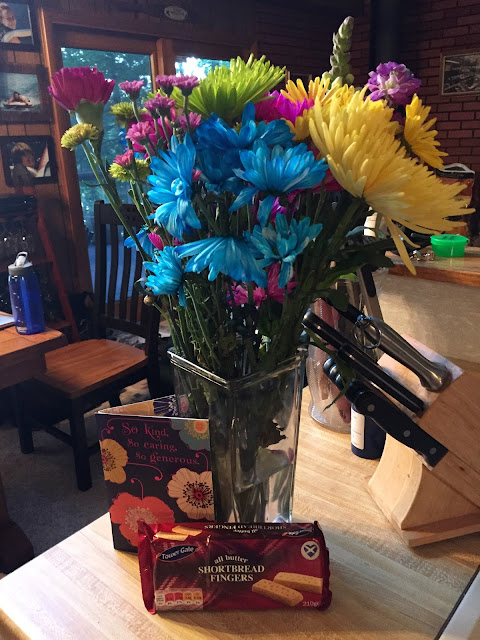 These girls might have been homesick early on, but knowing that they had a mom close who loved them upon meeting them eased that. Words like these melted my heart and started the waterworks:

"...you made my time at Chippewa amazing and felt like a home from home..."
"...the many memories I have made with your family are everlasting..."
"...immersing us in American culture is the best part of my summer..."
"...we all love you so much you'll forever be our mom..."

Come back, girls. Come back. 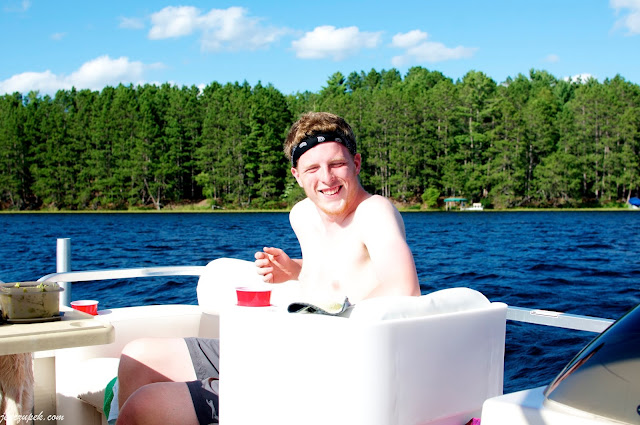 His mum sent him a care package from Scotland so he could have a little taste of home and included some "proper Scottish cookies" for me. My first reaction: "THANK YOU!" Then: "Do I have to share?" I joke. 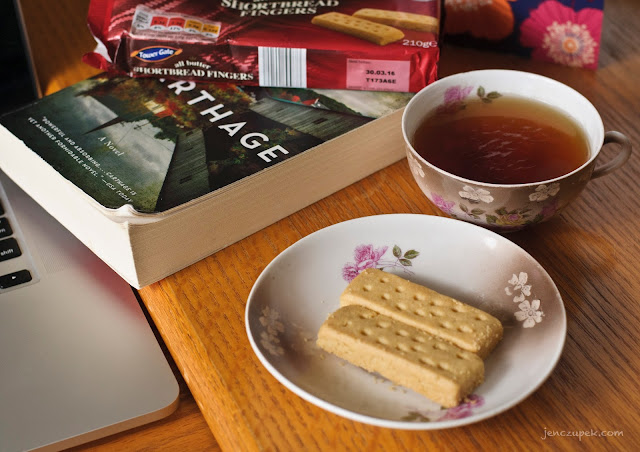 Kind of. Thank you, Mrs. Weir. Your kindness provides lovely afternoon respite in the form of tea and cookie breaks that I'm thoroughly enjoying. And your son is a true, kind, thoughtful gem. Seeing his face as we left...the sadness and disappointment evident as I listened to my daughter sobbing in the backseat...tugged at my heart and welled tears in my eyes as we pulled out of camp, calling an end to the summer of 2015. 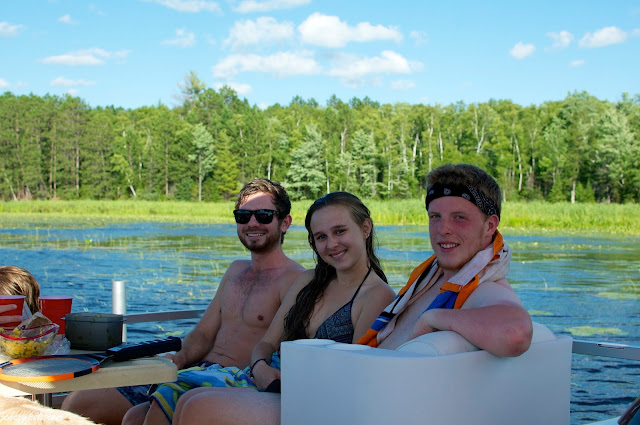 This group of people contributed to the best summer Kahley ever had. 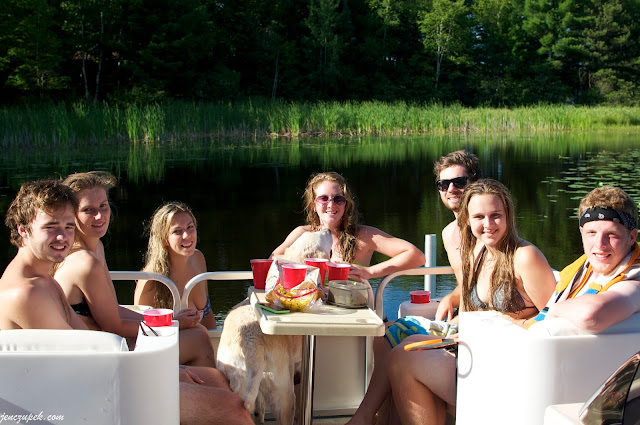 Remember that one? Maybe you were twelve. Perhaps eighteen. Maybe twenty-five. We all had a summer to beat them all. Maybe a future summer will trump this one, but I can tell you this: Based on the stories she shared with me (of which I know I didn't hear it all), it's going to be a hard one to beat.

I would love to see them one more time. We intended to host them all again at the cabin, but some of the boys came down with the vicious Stomach Virus of 2015 that rocked Chippewa - it was a nasty one - and they couldn't make it on the final Sunday before the dreaded goodbye. Bittersweet is an understatement. These kids are wise enough to realize that they'll never have the same summer experience again - they'll never all come into camp for the first time ever, not knowing what to expect or how things will go, with the experience exceeding their expectations. Some of them may come back next year, but it will be with preconceived notions and an understanding of what to expect. They'll never again have all the firsts. 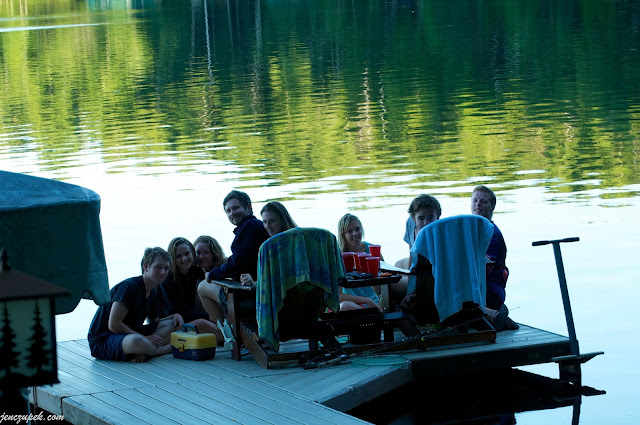 I just hope they return so I can cook for them again. 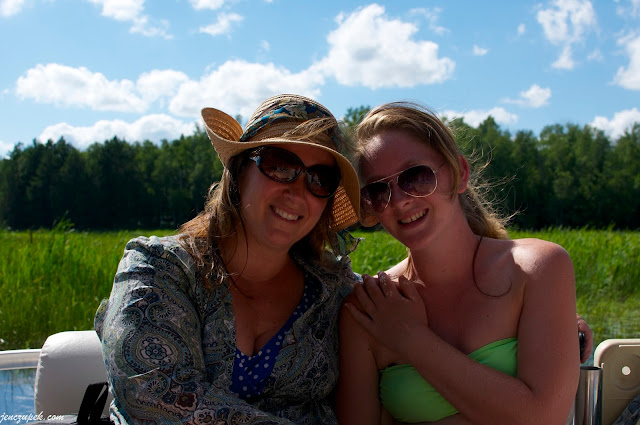 Safe travels, good kids. The world is not Fantasyland, so know that you always have good food, a warm bed, a hot, proper shower and soft carpet underfoot waiting for you at the Czupek home. 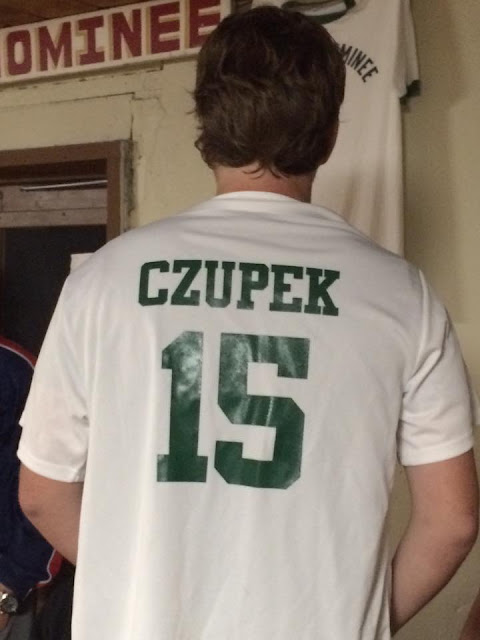 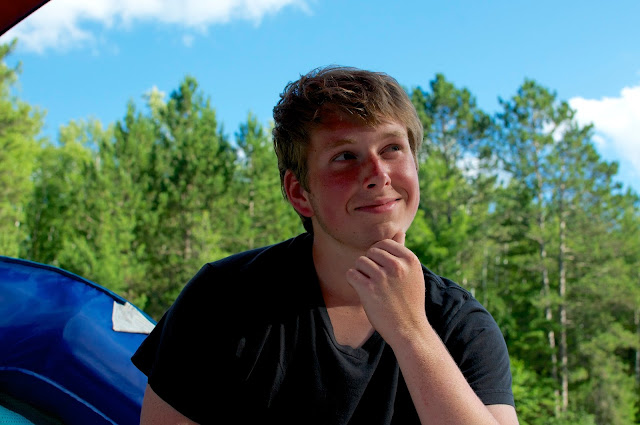