Happy New Year, friends. I finally feel like it's January 1st, because last week found me at the cabin with my peeps, frolicking in sub zero temperatures. 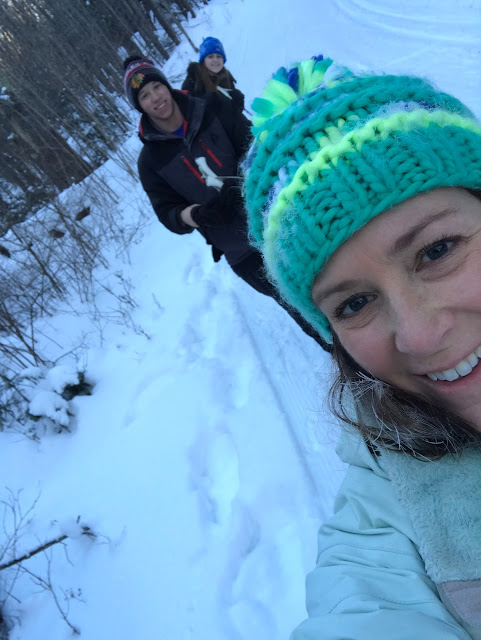 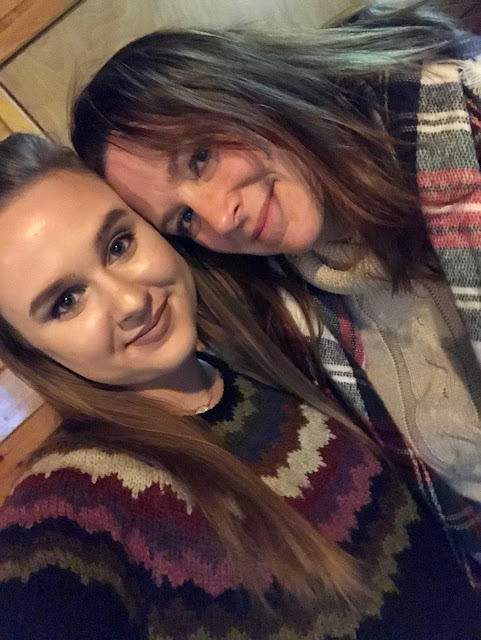 So today represents my start to the New Year, when I resolve to work harder and smarter, eat better and work out more.

Many of you hit the gym in the past week. Or are gagging down kale smoothies. Perhaps you vowed to drink less. Maybe you're striving for professional success, or are planning to meet Mr. or Ms. Perfect (newsflash: they don't exist). Several of you made New Year's Resolutions - heck, maybe you even wrote them down.

Whelp, for those of you who swore off wine, have you failed miserably yet? You will. And here's why: New Year's Resolutions work a mere 9% of the time, according to this research. I would argue that the number is lower, because people who actually respond to surveys like this are the ones who take this resolution nonsense fairly seriously.

Now don't get me wrong - I've made (and failed) my fair share of New Year's Resolutions over the years. My wise father always said, "You ain't got no wisdom 'til you're 30!" I've put my time in on this resolving business and can share my sage advice since I'm a day or two over 30.

Let's consider the applicable definitions, according to good ol' google.

Resolution: noun "a firm decision to do or not do something."

Well super, Sally. In your mind, or shucks...maybe even on paper, you've decided to do something. Or to stop doing something. Big freaking deal.

Now consider the word resolve: verb "settle or find a solution to (a problem, dispute, or contentious matter)."

While my inner grammar geek appreciates that the word "resolve" is a verb and inherently suggests action, it's not much better, I'm afraid. You're simply seeking out a solution. Anybody can do that.

The 50+% of people who partake in this annual ritual usually announce goals that are too lofty, too broad, and are not cemented in concrete results. They typically intend to resolve bad behavior, rather than focusing on the true change they wish to achieve in life. Resolutions are born after a month of eating too much rich and sweet food, drinking more than normal, partying like rockstars, and neglecting one's health and well being in favor of a single day. A day that's morphed into a month and creeps further and further into the month of November, so that as a society we're now preparing for it in July. Check it out - I guarantee you'll see Christmas decorations for sale this coming summer when the temperatures soar to above 90 degrees.

It's specific, measurable, and has room for the tweak. Plus, I know from personal experience.

Successful people goal set - of that I have no doubt. I've seen it in people I admire, people I've worked for, and in my own life. But the difference is that they do this regularly when they identify change they need to happen in their lives. They check back on those goals consistently. January 1st does not mark some miraculous annual moment; rather, it's just a normal tune up on changes they've been striving toward all along.

I have always been one to reset occasionally, particularly when I find myself favoring one part of my life over the other, causing undue stress to myself and those around me. Over the years I've missed the balance mark in life due to working too much, not working enough, neglecting my health, neglecting family and friends, hell - even when trying to survive life with a new puppy! The key is to recognize when that balance starts creating negative juju, particularly in your relationships with the people who matter most. Waiting until January 1st to make real change is not the answer.

This year I reflected a lot between the days of December 25th and January 1st. And for the first time in my life, I pondered with a bit of pride, truly happy and content with what I accomplished in 2016. It didn't begin with a list of unachievable and unquantified goals I wrote down in January of 2016. It came from a deep desire within to better myself in certain areas in October of 2015. That's when I called to make a doctor appointment with a whole health facility in Chicago - one that takes preventative health seriously.

The first available appointment with the doctor I wanted to see was early December. After meeting with her, I decided to commit 100% to a modern approach to healthcare. I underwent some complex blood testing to find out that I'm not genetically predisposed to wind up with my mother's health care concerns - osteoarthritis and fibromyalgia - rather, I'm on my Dad's path. Cardiovascular inflammation; small, dense, sticky cholesterol particles; and a future possibility of stroke, heart disease, and/or type 2 diabetes.

That's not to say I will definitely contract all of those diseases. But despite a 'healthy' report by modern medical standards (normal cholesterol, HDL, LDL, triglycerides, blood pressure, thyroid, etc.) I still showed concerns under the hood.

My marching orders from the doctor and nutritionist on staff included the following:


Over the course of 2016, I lost 25 pounds. To many of you that may seem like no big deal, but I promise you, it's huge. It happened in big chunks but it stayed off, which is miraculous. Ten pounds in January. Five in March. Another ten in October. I lose weight like I do everything - wonky. As a result, the blood work showed marked improvement in all areas of concern. I'm continuing to work toward "optimal" health, and I'm a helluva lot closer now than I was a year ago.

I started walking more in December of 2016. A lot. Then I started running for 30 second increments every two minutes. So run for 30 seconds, walk for 90 seconds. I rode the bike up north during the summer, and I also started throwing some weights into the mix.

And then, I met and fell in love with the kettle bell, thanks to my neighbor, Michelle. I work out with the most fantastic group of women and men with the greatest trainer on the face of the earth. Tim the Trainer is motivating, tough, kind, and encouraging. I know others in the group agree with me - their life is richer, healthier, and more full with him in it. I miss them all when I'm away. I look forward to seeing them after a weekend of good food and stiff drinks. I hate it when we're on number 175 of some seemingly impossible bodyweight feat, working our way toward 500 and my heart's about to pound right out of my chest. I loathe the female sports bra - it's like wrestling a monkey into a straightjacket, but it's an important, worthwhile component of the regimen. I like looking at myself in the mirror, naked. Many women will go their whole lives avoiding the full sized mirror after stepping out of the shower. I marvel at the new muscles, bigger indentations in my waistline, and legs that for once in my life are showing definition. It's a miracle every day, one that I am determined to keep sculpting.

Here's my point - I did this all without specific resolutions in January of 2017. People, if you want to better yourselves, find love, secure a better job, improve your health, have deeper relationships, then you need to work on it daily. Goals help guide us, of that there's no doubt. But you have to do the work! I cannot agree more with this article. You need to feel the pain to get better, move ahead, grow stronger. What pain are you willing to endure? If none, then your resolutions mean squat.

So if you're into resolving in the new year, kudos to you. But if you want to succeed, you must be intentional throughout the year. Check back on those goals. Revise them to include quantitative, achievable steps. I would even challenge you to write down the pain you're willing to endure for every resolution you make. And at the end of it all remember this: You don't need the calendar to turn to make a difference. Just start doing it. Get out of your comfort zone, even if it means peeing your pants a little. The end result makes life richer and better in so many ways.

I didn't think about starting that kettle bell class for months - I just did it. I didn't think about cutting back on alcohol for a long time - one day I just said no to Sunday through Thursday drinking. I said yes to going on the radio with a couple of friends this year, and I love it. Sort out the details later, but for now, just say yes to opportunities that appear in front of you. Embrace the pain and discomfort to see what lies ahead on the other side. You'll probably end up looking for more challenging experiences, especially when there's good on the flip side. And even when there's not, I guarantee there's a solid lesson within the experience to walk away with.

Here's to 2017, but more importantly, to the challenge in every day. Go for it. Modify daily. Reflect and resolve on more than just January 1st. And if you don't, then I hope you're in the 9% who keep those resolutions.